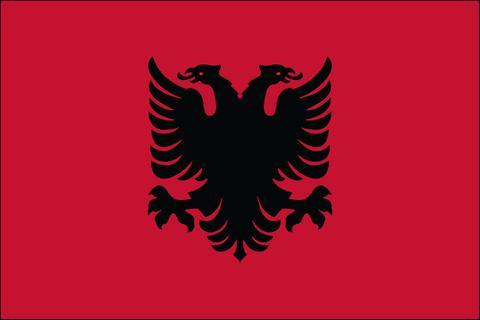 Albania launched its first National Action Plan (NAP) for the Implementation of UNSCR 1235 and related resolutions on 11 September 2018, for the period between 2018 and 2020. The NAP was developed and will be implemented by the Government of Albania, in close consultation with representatives of local authorities, the Kingdom of the Netherlands and Sweden, UN Women, OSCE, the European Union and with contributions from civil society organisations (CSOs). The monitoring and evaluation of the NAP will be carried out by an Implementation and Coordination Group (ICG), which will monitor, evaluate and report on the Action Plan. The ICG is comprised of technical representatives from line ministries and a representative from the Coalition of civil society organisations for Resolution 1325 engaged in the women, peace and security agenda.

The main objectives of the NAP are focused on the implementation and monitoring of UNSCR at all levels. This includes locally, by preventing any crisis situation and the strengthening of public awareness; nationally, as part of the government program; internationally, through active involvement of the country in international activities. The main objectives are: improving policy documents and raising awareness on UNSCR 1325, increasing the participation of women in the field of security at home and abroad, establishing a regulatory framework and capacities that enable better protection and rehabilitation of women in the field of peace and security, and  taking measures for better monitoring and reporting of Resolution 1325.

Although the last large violent uprising was in Albania was in 1997, women face other forms of violence, as women and children in Albania are often targeted for human trafficking. Albania ratified the Arms Trade Treaty on 19 March 2014. During the 2017 October Open Debate, Albania pledged its full support to the Italian initiative of creating a Mediterranean women mediators network, which is a concrete mechanism that aims to prevent and mitigate conflict through the increased participation of women in peace processes.

Albania’s first NAP 1325 (2018-2020) is robust and detailed although it does not mention disarmament.  It does, however, have clear implementation, financing, monitoring and evaluation strategies and reporting pathways.

WILPF-Albania did not participate in the development process of the first Albanian NAP.

NAP Development
The drafting and developmental process for the NAP 1325 was provided by UN Women, the Organisation for Security and Cooperation in Europe (OSCE), the Delegation of the European Union to Albania, and The Coalition for Resolution 1325, which was established by civil society organisations (CSOs), funded by the Embassy of the Kingdom of the Netherlands and the UN Women "Fund for Gender Equality” and implemented by the Association for Women with Social Problems (AWSP), and the Albanian Women’s Empowerment Network (AWEN).

NAP Implementation
Specialised civil society organisations will be present in the process of NAP implementation, including: Coalition for Resolution 1325, Operation 1325, Albanian Women’s Empowerment Network, Association for Women with Social Problems (AWSP), Faculty of Social Sciences at the University of Tirana, International Criminal Investigative Training Assistance Program, Local Security Government Units, and OSCE. Although civil society is being utilised throughout all of the objectives, they will mostly be involved in helping implement the activities outlined in Objective 1 on improving policy documents and raising awareness.

NAP Development
The Government of Albania, the Ministry of Internal Affairs (MoIA), the Ministry for Europe and Foreign Affairs (MoEFA), the Ministry of Defence (MoD), and the Ministry of Health and Social Protection (MoHSP), were the lead agencies in the development process of Albania's NAP. Encouragement, expertise and technical assistance for the preparation of the document were provided by the Kingdom of the Netherlands and Sweden, through the offices of their diplomatic missions in Albania.

NAP Implementation
The Ministry of Defense (MoD), Ministry of Internal Affairs (MoIA), Ministry of Europe and Foreign Affairs (MoEFA) and the Ministry of Health and Social Protection (MoHSP) are listed as institutions responsible for implementing the various activities and objectives outlined in the Action Plan.

The main objective of the NAP is the implementation and monitoring of Resolution 1325 through its promotion at every level: - local, through the prevention of any crisis situation and the strengthening of public awareness; - national, as part of the government program; - as well as international, through active involvement of the country in international activities. The main objectives are:

Each area of work has different actions assigned. For example, Objective 1.1: “Strengthen integration of a gender perspective through internal rules of procedure in national security and defense and participation in national and international  activities for the implementation of Resolution 1325”  includes several actions:

The implementation period for the Albanian National Plan of Action is three years (2018-2020).

Each strategic objective has a number of listed indicators. For example, Objective 2.1: “Inclusion of a gender balance in security sector activities” includes several indicators:

The Action Plan includes a  detailed budget with a breakdown of the cost of the implementation. The overall cost of implementing the NAP is 280,781,916 Lek. Depending on the type of activity, the Action Plan has specified sources of funding: the state budget will cover 83.3% of activities lined out in the NAP and 2.6% will be funded from donors who will fund the implementation of specific activities. Funding needs are at 14.1% of the total cost, or 39.7 million Lek.

Reports within the National Action Plan will be sent to the Integrated Policy Management Group. The annual report will then be submitted for approval to the Gender Equality Council. Those responsible for monitoring the implementation of the Action Plan will be the gender equality employees in the line ministries and institutions who collect data and identify gaps in information that is needed. The Action Plan foresees publication of six-month progress reports and will provide support for the monitoring reports of the coalition of civil society organisations for Resolution 1325. At the policy level, monitoring of the NAP will be realised through an inter-institutional group that will be established with senior political representatives of the Ministry of Defense, Interior, Europe and Foreign Affairs, as well as the Ministry of Health and Social Protection, that holds meetings every 6 months. A representative of the CSO's  Coalition for Women, Peace and Security Agenda will participate in the meetings at the political level. The monitoring and evaluation of the NAP will be carried out by an Implementation and Coordination Group (ICG), which will monitor, evaluate and report on the Action Plan. The ICG is comprised of technical representatives from line ministries, the institutions responsible for implementing this Action Plan, as well as a representative from the Coalition of civil society organisations for Resolution 1325 engaged in the women, peace and security agenda. MoHSP will coordinate the data collection process from all gender officers at the institutions involved.

Albania's NAP does not discuss disarmament issues despite the recent conflicts that have affected women, children, and the civilian population in general.