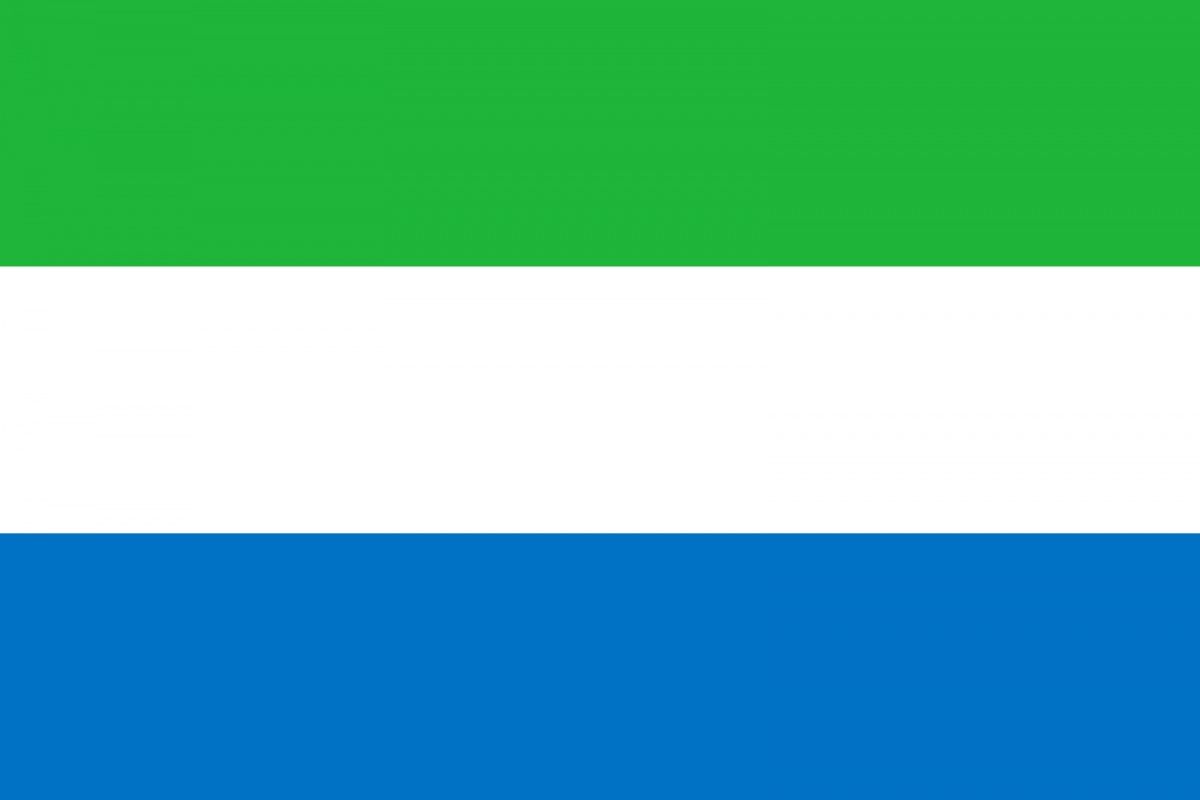 The Sierra Leone developed a NAP for the period 2010-2014. As of November 2016, no new NAP has been launched. The NAP was developed by a collaborative process and was conducted by a Government-Civil Society Task Force, led by the Ministry of Social Welfare, Gender and Children's Affairs and included government Ministries, UN agencies, Civil Society groups including women's NGO's, research bodies and the media. The NAP was drafted following the findings of nationwide mapping survey which sought to establish a baseline of existing initiatives on UNSCR 1325 and develop a plan that could integrate dispersed and uncoordinated efforts and build new actions. The Government-Civil Society Task Force held monthly meetings throughout the drafting phase and conducted regional and national consultations across Sierra Leone.

The NAP is set in a post-conflict and recovery context, following the 1991-2002 civil war that ended with the signing of the Lome Peace Agreement. Systematic abuse of women and girls during the conflict, and the exclusion of women from peace processes are identified as concerns for post-conflict recovery and reconciliation in Sierra Leone. As such, the NAP seeks to nationally implement both UNSCR 1325 and 1820.

From a recent academic analysis: The Sierra Leonean NAP includes detailed budgets on what is required for implementation as well as for monitoring and evaluation. Yet, the sources of funding are not specified – although the NAP does identify of potential sources of donations including multilaterals (such as the UNDP or the World Bank), bilaterals (such as China), the private sector, NGOs, and government agencies. A very unique feature of the NAP was that it summarizes the main findings from a baseline survey that the Civil Society National Task Force conducted, gathering information from 697 organizations, on the institutional environment for the implementation of UN WPS resolutions (Miller, Pournik, & Swaine, 2014).

WILPF
WILPF International does not have a country section in Sierra Leone and therefore was not involved in the development process of Sierra Leone’s NAP.
Civil Society Actors

The NAP was developed in close partnership between government and Civil Society Organizations and it is articulated within the NAP that full implementation must to continue adopt the same inclusive approach. Beyond an ongoing strong role through the Government- Civil Society Task Force, which is elaborated in Pillar IV, there are no further strategies articulated. Women’s Civil Society Organizations are also actively engaged in supporting implementation, oversight and monitoring of the NAP independent of formal government processes.

For instance Women's Civil Society, in collaboration with the Global Network of Women Peacebuilders (GNWP) concluded a national monitoring review on implementation of the NAP, which made the following recommendations: Lead efforts in partnership with the National Task Force on NAP 1325 to mobilise resources and institutionalise operations of the National Steering Committee for the coordination of the full implementation of UNSCRs 1325 and 1820 as mapped out in the NAP 1325 and 1820. Intensify actions to coordinate with other Ministries, Departments, Agencies and structures in Agriculture, Trade and Industry, Internal Affairs and Local government, Lands and Environment, Education and Health, for instances, in the engagement with women, gender, peace and security issues. Earmark resources from its quarterly allocations and other sources for routine monitoring of implementing gender perspectives in MDA’s policies and continuous sex dissagregated data collection, including documentation for reporting and accountability on women gender, peace and security matters. Coordinate with the Ministry of Finance and Development as well as the Statistics Sierra Leone to ensure that sex disaggregated data on budget allocations and spending on peace building, peace and security consolidation processes and interventions are collected and published. Development partners, particularly the UN Country Gender Team, Bilateral Agencies and Institutions to support technically and to allocate resources to women’s organizations at national and community levels, in efforts of institution building and strengthening of succession planning in peace and security fields

Development was led by the Ministry of Social Welfare, Gender, and Children's Affairs. A Committee was formed with the involvement of relevant civil society and government ministries.

A Steering Committee led by the Ministry of Social Welfare, Gender, and Children's Affairs is tasked with heading up the monitoring and evaluation process.

The Sierra Leone NAP includes five Pillars and each is correlated with the relevant UNSCR 1325 and 1820 text:

Timeframe
Although the period of the NAP is from 2010-2014, Sierra Leone does not specify timeframes for each sub-activity.
Budget
The NAP does not have a dedicated budget, but includes a projected cost of the NAP is USD $21,301,314. The NAP includes a budget for the implementing the Monitoring and Evaluation strategy at USD $1,625,750. The government recognizes within the NAP that it holds the primary responsibility in providing funding for the plan, and commits to specified progressive increases in overall funding within the Results Framework. However, it is recognized that funding will need to be sought from national and international donors, public, non-government, faith based and private sector. The NAP also includes the need to include private citizens in fundraising activities in order to enhance local ownership of the NAP. The Ministry of Social Welfare, Gender and Children's Affairs is tasked with the lead role in fundraising activities and coordination of donors.
Indicators

Each Pillar has a set of indicators associated with it. For example, Pillar 2 has the following indicators:

The Ministry of Social Welfare, Gender and Children's Affairs is responsible for steering the overall Monitoring and Evaluation process which will occur at multiple levels.

The National Steering Committee will review progress on the NAP’s implementation, make recommendations to enhance its success and update the government, UN, and donor community. A core technical group comprised of government bodies will provide support to the National Steering Committee by gathering and analyzing national data. The group is comprised of government bodies. The Regional Gender Office will monitor implementation on the regional level, collaborating with the regional judiciary system, Family Support Unit, the Provincial Secretary’s Office, Regional Minister’s Office and NGOs.

Civil Society has concluded an independent monitoring report, coordinated by the Global Network of Women Peacebuilders, which you can view here. The NAP elaborates on risks for implementation and evaluation which including, institutional readiness, technical capacity, data storage and management and financial constraints. The NAP identifies strategies to mitigate against these risks, which includes advocacy, capacity building, the development of a database and data storage and management guidelines and fundraising activities. The costs of these activities are included in a Budget for Monitoring and Evaluation.

Disarmament
Despite a recent history of conflict that involved small weapons, there is no mention of disarmament, small arms, or illicit trade in Sierra Leone's NAP.