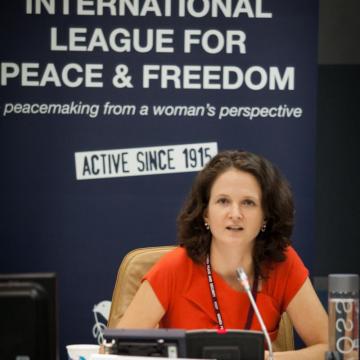 The Women, Peace and Security Programme (PeaceWomen) was founded in 2000 to strengthen women’s rights and participation in international peace and security efforts.

Based in the New York Office of WILPF, PeaceWomen facilitates monitoring of the United Nations system, with a particular focus on the Women, Peace and Security Agenda, engages in advocacy work to strengthen the implementation across the UN system and provides effective outreach and capacity building to amplify and support local gendered conflict analysis and expertise.

Meet our staff team and leadership below. 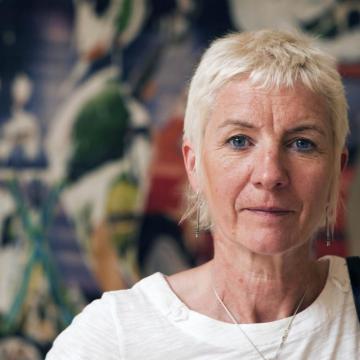 Madeleine Rees qualified as a lawyer in 1990 and became a partner in a large law firm in the UK in 1994 specialising in discrimination law, particularly in the area of employment, and public and administrative law and she worked on behalf of both the Commission for Racial Equality and the Equal Opportunities Commission mainly on developing strategies to establish rights under domestic law through the identification of test cases to be brought before the courts. Madeleine Rees brought cases both to the European Court of Human Rights and the European Court in Luxembourg. She was cited as one of the leading lawyers in the field of discrimination in the Chambers directory of British lawyers. In 1998 she began working for the Office of the High Commissioner for Human Rights as the gender expert and Head of Office in Bosnia and Herzegovina.

In that capacity, she worked extensively on the rule of law, gender and post-conflict, transitional justice and the protection of social and economic rights. The OHCHR Office in Bosnia was the first to take a case of rendition to Guantanamo before a court. The OHCHR office dealt extensively with the issue of trafficking and Madeleine was a member of the expert coordination group of the trafficking task force of the Stability Pact, thence the Alliance against Trafficking. From September 2006 to April 2010 she was the head of the Women’s rights and gender unit focusing on using law to describe the different experiences of men and women, particularly post-conflict. The aim was to better understand and interpret the concept of Security using human rights law as complementary to humanitarian law and how to make the human rights machinery more responsive and therefore more effective from a gender perspective. 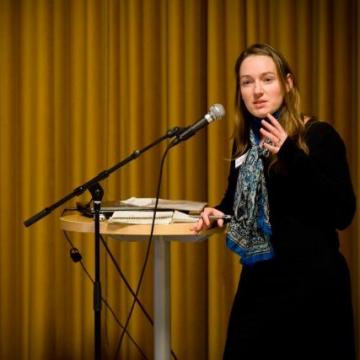 Maria Butler is the Global Programmes Director of the Women’s International League for Peace and Freedom (WILPF) and is based at the Geneva office. A leading expert, she is the author of numerous publications including the "Women, Peace and Security Handbook", a ten analysis of the Security Council's resolutions, editorials and resources. Maria regularly presents at, and facilities briefings, trainings and consultations with security council members, other states, UN officials and civil society groups across a range of policy, peace and security topics. Maria works directly with women advocates and partners in conflict-affected situations to link local and global policy implementation.

For example, she led the work to organise the first ever meeting of the UN Security Council with Syrian civil society in January 2014. Maria has pioneered the development of new tools for knowledge-sharing, including the first-ever iPhone application on area of work of the Security Council and an ongoing successful lecture series. Maria is an Attorney-at-Law and a member of the New York State Bar. She holds a Masters in Human Rights from the London School of Economics and is a native of Ireland. Prior to WILPF, Maria gained experience working in a human rights, a humanitarian, and a community development organisation, she has also worked for a short period with the Permanent Mission of Ireland as an advisor on a range of policy matters including Middle East. 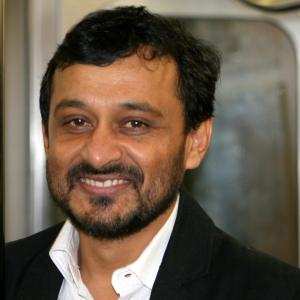 Ashish has extensive experience in non-profit governance, risk management, and compliance. Before joining WILFP he worked as program operations manager for the Sarai Program at the Centre for the Study of Developing Societies in New Delhi, which engages with the transformation of urban space, contemporary issues, media, and information.

As an independent production consultant, Ashish has also handled the production of many documentaries and audiovisual art installations, working with leading filmmakers and contemporary artists from around the world.

Zarin Hamid is the Manager of the Women, Peace and Security Programme and contributes to monitoring and analysis on women, peace, and security issues at the UN Security Council, and serves as the main liaison with key coalition partners, as well as UN, government, and civil society colleagues. She has previously worked at the Center for Women’s Global Leadership, where she ran the global 16 Days of Activism Against Gender Based Violence Campaign. Zarin has coordinated trainings on human rights treaties, mechanisms, and advocacy. As part of her previous work, Zarin has advocated with the Security Council and Human Rights Council on gender based violence issues and engaged with UN country teams.  She is experienced in delivering projects on building action for nonviolence, gender justice, and feminist peace. Zarin also worked with the Afghan Women's Network (AWN), Center for Civilians in Conflict (CIVIC) and the Global Network of Women Peacebuilders (GNWP), and served as civil society committee representative on the UN Trust Fund to End Violence Against Women, managed by UNWomen. She has an MA in International Peace and Conflict Resolution from American University, School of International Service and has earned a BA in Political Science and Middle Eastern Studies at Rutgers University, where she worked as a program assistant at the Center for Middle Eastern Studies. She is also fluent in Persian. 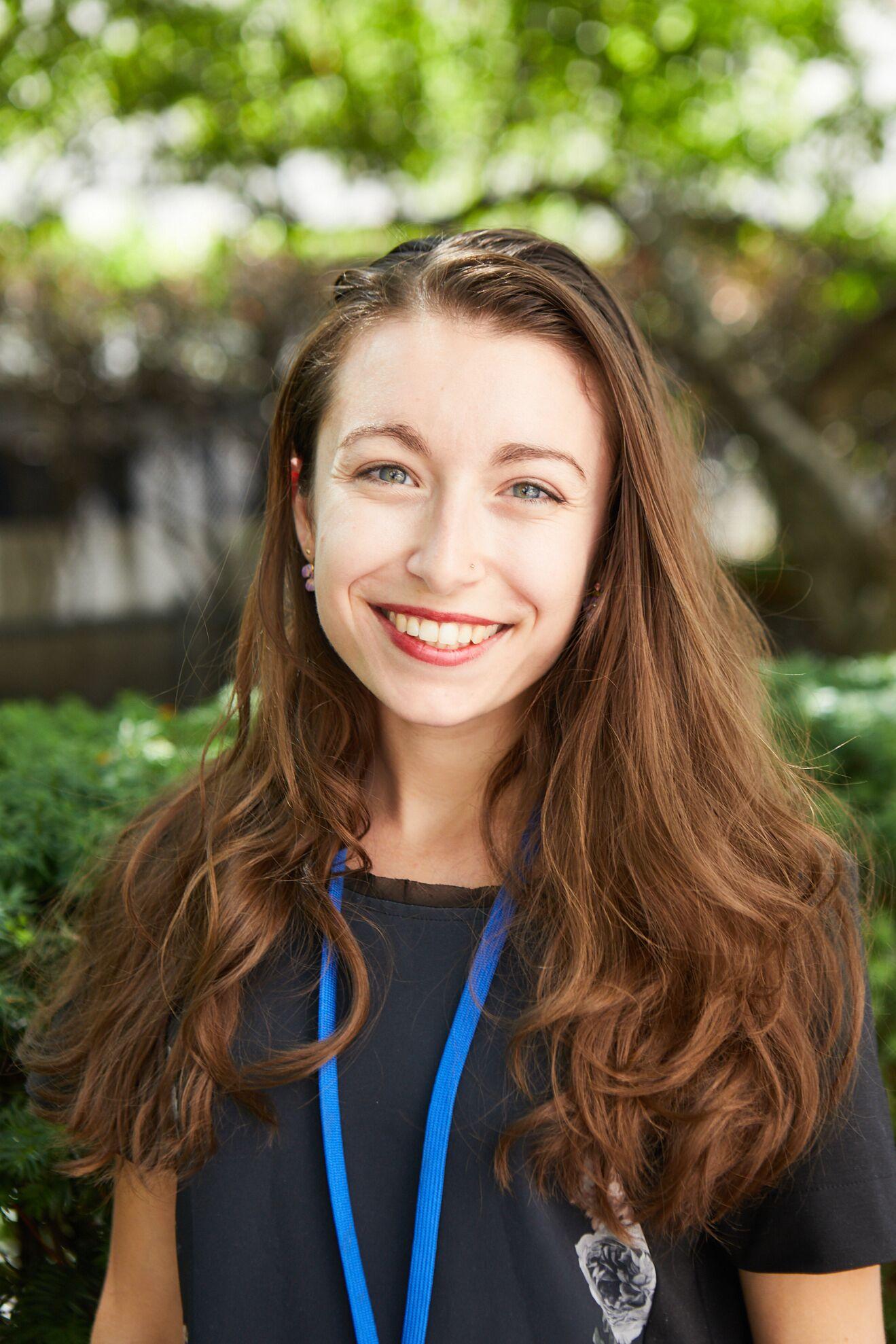 Genevieve Riccoboni is the Programme Associate for WILPF's Women, Peace and Security Programme, where she coordinates communications and delegations and supports other aspects of programme work including monitoring the UN Security Council, research, and publications. She graduated with distinction with an MPhil in World History from the University of Cambridge, where she was active in the student research group for the Cambridge Centre for Governance and Human Rights, and holds a BA with Joint Honours in History and Political Science from McGill University. Genevieve has experience in communications, programming, and marketing for a variety of organizations that focus on youth civic participation and social justice, and also previously worked in the private sector in marketing. She is active in politics and community organizing in New York, and recently served as a senior policy advisor to a progressive Congressional campaign. She is fluent in German and proficient in Spanish.

Meagan Barrera is a consultant with the Women, Peace and Security (WPS) Programme where she contributes to advocacy at the United Nations for holistic implementation of the WPS agenda. She is a human rights and gender justice advocate and researcher who has collaborated extensively with grassroots communities to achieve systemic change and accountability for human rights abuses. Meagan previously served as the Human Rights Advocacy Coordinator with MADRE, where she partnered with grassroots gender justice organizations in Latin America, the Middle East, and Africa to connect strategic advocacy to their movements. She has also consulted with the Auschwitz Institute for Peace and Reconciliation, Inclusive Development International, Human Rights Watch, and the Clinton Foundation on various human rights and gender justice issues. Meagan was an organizer for NARAL Pro-Choice America in New York and helped to set up the NARAL New York City Volunteer Action Council, where she served as Volunteer Deputy Director until November 2020. Meagan holds a Master of International Affairs from Columbia University’s School of International and Public Affairs (SIPA) and a Bachelor of Science in Foreign Service from Georgetown University. She is also fluent in Spanish, has a good working knowledge of Portuguese, and basic knowledge of Arabic.

More About PeaceWomen as Part of WILPF

The Women, Peace and Security Programme (PeaceWomen) is a programme of the Women's International League for Peace and Freedom (WILPF), an international organisation established in 1915 to work for peace and freedom through demilitarisation, disarmament and women’s full and equal rights.

WILPF has global offices in New York and Geneva and over 100 local branches in 33 countries, many in conflict and post conflict countries. WILPF also works with many other local, national, and international affiliated organisations.

WILPF has programmes on Human Rights, Disarmament (Reaching Critical Will) and Women, Peace and Security (PeaceWomen), as well as our projects in key crisis areas. Together with WILPF members and our network of women peace advocates, WILPF programmes support the organisation in achieving our organisational aims.

WILPF envisions a world free from violence and armed conflict with justice and equality for all.

WILPF’s mission is to achieve feminist peace for equality, justice, and demilitarised security.

Feminist peace is based on equality, justice, demilitarised security and nonviolent inclusive social transformation; it enables the development of systems where social and political equality and economic justice for all can be attained to ensure real and lasting peace and freedom.

WILPF’s Theory of Change is that by addressing the root causes of violence with a feminist lens and by mobilising for nonviolent action, WILPF can advance feminist peace for equality, justice, and demilitarised security.