Did you know that PeaceWomen monitors Member States, UN, and Civil society actors' commitments on 1325? Did your representative make commitments? Was your delegation among the ones that committed to developing national actions plans on 1325? Hold them accountable by checking our commitments database. 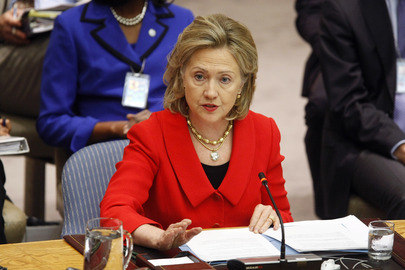 The United States of America

1. Looking ahead, I am pleased to announce two important steps the U.S. is taking to advance the goals of Resolution 1325. First, the United States will commit nearly $44 million to a set of initiatives designed to empower women

1. In addition to this new funding, our second step will be to develop our own National Action Plan to accelerate the implementation of Resolution 1325 across our government and with our partners in civil society.

2. The Government of Nepal has adopted various measures to fight gender-related violence, establishing a toll-free hotline in the Office of the Prime Minister, a gender violence prevention fund, and gender violence control committees in every district in the country. We have also set up local peace committees in every district — empowered to address conflict at the local level and to mediate between conflicting parties — with at least 33 per cent participation by women. We are committed to establishing women's and children's service centres in police stations across the country for the expeditious investigation and prosecution of sexual and gender related violence cases.