Inside the United Nations Security Council Debate on Women, Peace and Security 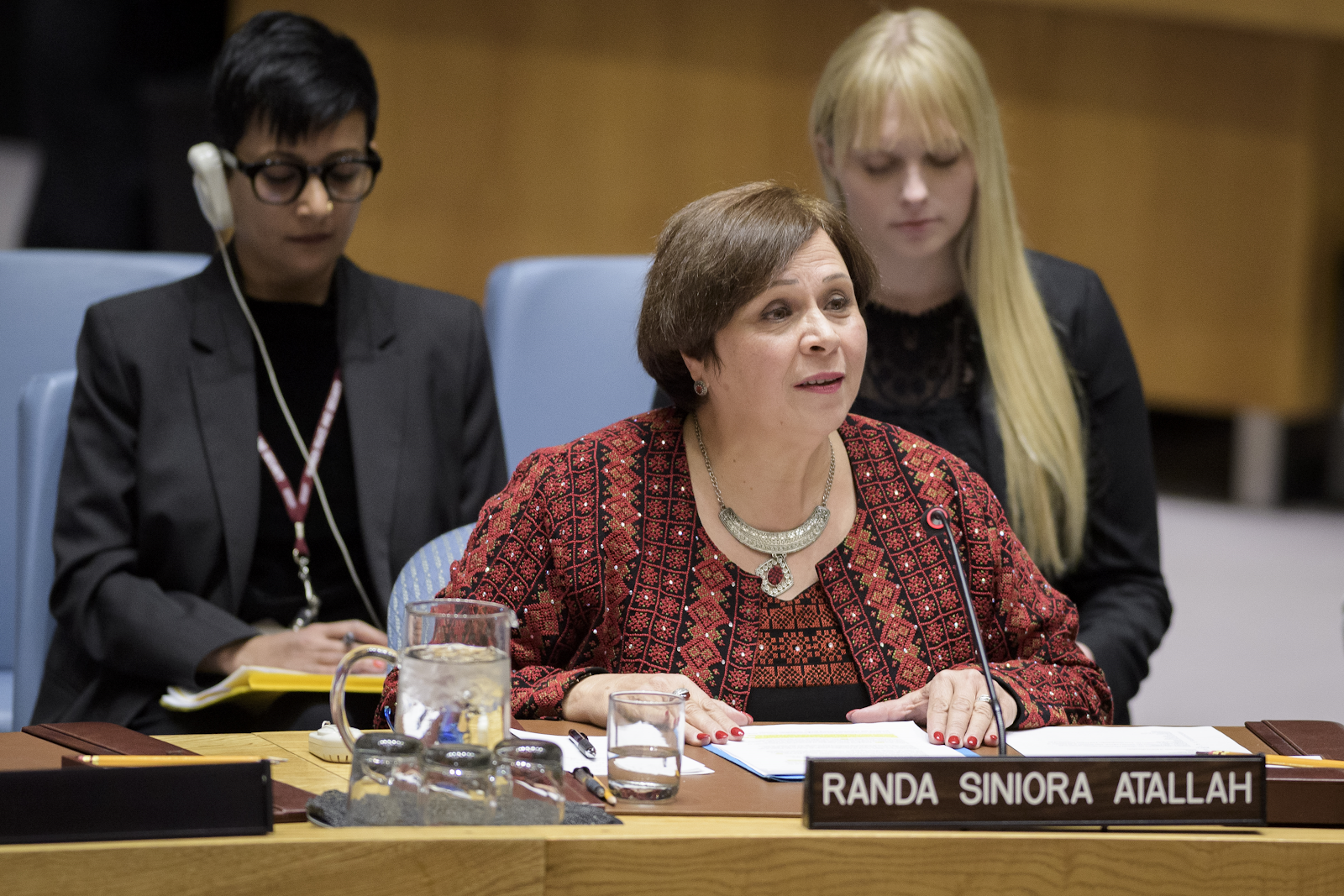 The Security Council annual debate on Women, Peace and Security took place on 25 October 2018. Held during the UNSC Presidency of Bolivia, the debate reviewed the Secretary-General’s most recent report on Women, Peace and Security, and focused on women's political and economic empowerment. The debate included powerful statements that went beyond traditional calls to action and included addressing masculinities and patriarchy, economic resilience and access to resources, and root causes. Statements made by representatives alluded to the progress and positive steps in the implementation of the WPS Agenda, such as the improving the inclusion of more civil society briefers to the Security Council, supporting the creation of regional mediation networks, and implementing the work of the Informal Expert Group on Women, Peace and Security (IEG).

This year’s debate was historic, in having  a woman peace activist from Palestine to brief the Security Council. Randa Siniora, General Director of the Women's Center for Legal Aid and Counselling in Jerusalem, spoke on the experiences of women in the Israeli-Palestinian conflict and its gendered implications. In particular, she linked the Israeli occupation of Palestine to the reinforcement “of the patriarchal structures of Palestinian society”, noting the disproportionate and therefore gendered effects of violence, lack of access to resources and funding cuts of UNRWA to women in Palestine. “In committing to Women, Peace and Security, the Security Council recognised the importance of women’s meaningful participation, and that without women, there can be no peace”, said Randa. “The lives of Palestinian women are evidence that these commitments have not been met.”

Read the overview of the Secretary-General's Report on Women, Peace and Security here>>

Read the statement of Randa Siniora on behalf of the NGO Working Group on Women, Peace and Security here>>