Arria Formula Meeting on Women and the Afghan Peace Process

For years, women-led movements in Afghanistan have continually called for meaningful participation in the peace process and the protection and fulfilment of their human rights. Their calls have received increased attention in recent discussions in the UN Security Council and other key diplomatic spaces, particularly given fears among women in Afghanistan that their fundamental rights will be traded away in favor of a narrow security agreement or compromise with the Taliban. Now, with intra-Afghan talks potentially on the horizon, these interlinked issues of women’s participation in decision-making and the safeguarding of their human rights have renewed urgency and immediacy. 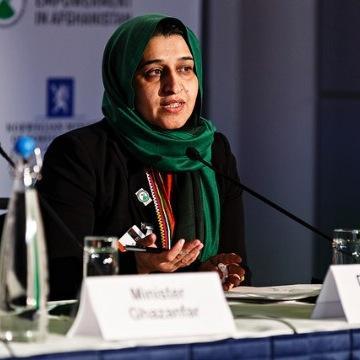 On 27 July 2020, an Arria-formula meeting was held on the topic of women and the Afghan peace process, co-hosted by Afghanistan and the United Kingdom as co-chairs of the UN Group of Friends of Women in Afghanistan along with Germany and Indonesia, the Security Council co-pen holders on Afghanistan. All of the co-hosts delivered introductory remarks on the timeliness of convening the discussion and importance of the event themes of the meaningful participation of women in the Afghan peace process; the promotion of their rights in the peace agreement, and the importance of the protection of recent human rights progress. Ambassador Al-Thani of Qatar, the country which has hosted most rounds of talks within the Afghan peace process, also delivered remarks following the panel discussion on her country’s role in facilitating the peace process. She highlighted that Qatar has committed to women’s participation in the upcoming process and that women’s participation would lead to a more sustainable agreement.

WILPF has published a full analysis of the meeting, including coverage of the briefings and key themes such as safeguarding women's human rights, gender-based violence and participation in the peace process.

On 24 July 2020, the UN Security Council, under the presidency of Germany, held an open debate on climate and security. The main aim of this open debate, as stated in the concept note, was to encourage the Council to address climate-related security risks, identify current tools, partnerships and early warning capabilities to support the timely assessment of these risks to prevent conflict, and determine UN in-country resources to collect and provide information in a gender-sensitive manner. 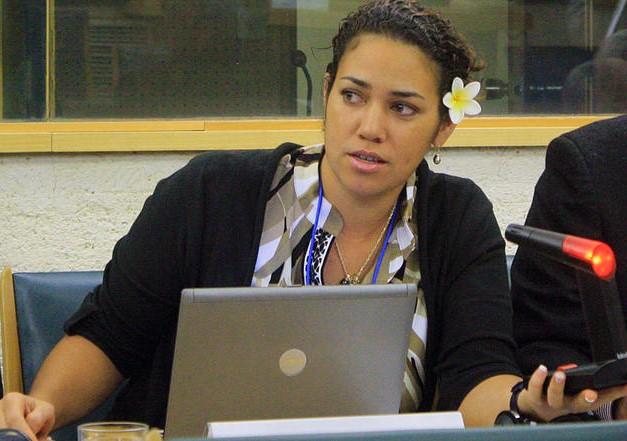 Ms. Coral Pasisi, Director of the Sustainable Pacific Consultancy from the Pacific Islands region, briefed the UN Security Council at this year's open debate on climate and security. Photo: IISD

The debate largely highlighted that climate change is a threat-multiplier, with most statements focussing on adherence to Paris Agreement and other international commitments, as well as the need for a climate-sensitive response in peacekeeping. Moreover, the geographical focus on climate change’s implications was on the Sahel region and the Small-Island Developing States (SIDS).

WILPF has published a full analysis of the debate, including coverage of the briefings and themes including gendered impact of climate change, youth and climate change and highlighted key gaps.