On 24 November 2016, the Colombian government and FARC-EP came to a historic peace agreement which included over 100 provisions on gender issues and led to one of the most successful weapon laydowns in history.

Colombia has since been touted by the international community as a successful and gender-inclusive peace process. However, peace in Colombia remains fragile due to weak institutional response, reforms that circumvent and undermine the peace agreement, and deepening national polarization and increasing militarisation. A recent report has indicated that provisions on gender equality and women’s rights in the peace agreement are being implemented, but more slowly than other provisions within the accord (51 versus 37 percent of commitments have started implementation). Action addressing Afro-descendant, indigenous and rural women leaders faces particular obstacles. Women human rights defenders and peacebuilders who were critical to the success of the peace agreement also face increasing attacks: in 2018, 126 of 321 killings of human rights defenders worldwide took place in Colombia. 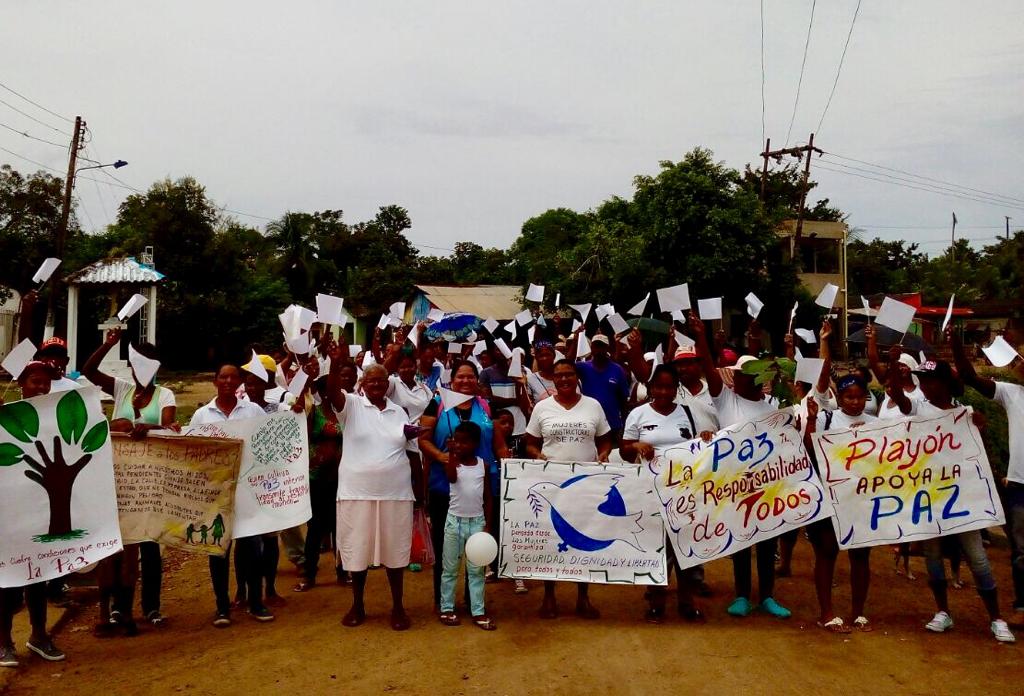 On 11-14 July, the Security Council conducted its second visiting mission to Colombia, co-led by Peru and the United Kingdom, which provided a key opportunity to accelerate implementation and accountability.

During the mission to Colombia, Council Members met with a diverse range of civil society including members of the women’s movement, peace movement, Afro-Colombian and indigenous movements, youth movement, and human rights defenders, as well as Catholic and Protestant churches. They met with civil society at the outset in Bogotá, and again later on in the regions.  At the 12 July meeting of the Security Council with civil society, representatives of the two largest women’s coalitions in Colombia (Cumbre Nacional de Mujeres y Paz [of which WILPF Colombia/LIMPAL is a part] and Género en la Paz [Gpaz]), alongside with the Colombian final agreement implementation commission's Special Authority on Women, shared a statement to the Security Council. They called on the Council to:

At the 19 July 2019 Security Council briefings, at which the Security Council reported on their visiting mission to Colombia and discussed next steps, these calls for action were affirmed. The United Kingdom stressed that the “Colombian government should give full political and financial support to commitments for peace.” Germany, Peru, Poland, Indonesia and South Africa also affirmed the need for and role of women’s participation in securing a sustainable peace.

Continued pressure by governments is essential to making the Colombian peace agreement go beyond magic realism.

As Rosa Emilia Salamanca (Corporación de Investigación y Acción Social y Económia / CIASE) stated at the Security Council in April 2019, it is critical for the Council to keep their eyes firmly on a process that will continue being an example of innovation and contributions for the world.

Security Council Briefing on the Visiting Mission to Colombia: Gender-Sensitive Post-Conflict Reconstruction and Reintegration in Colombia 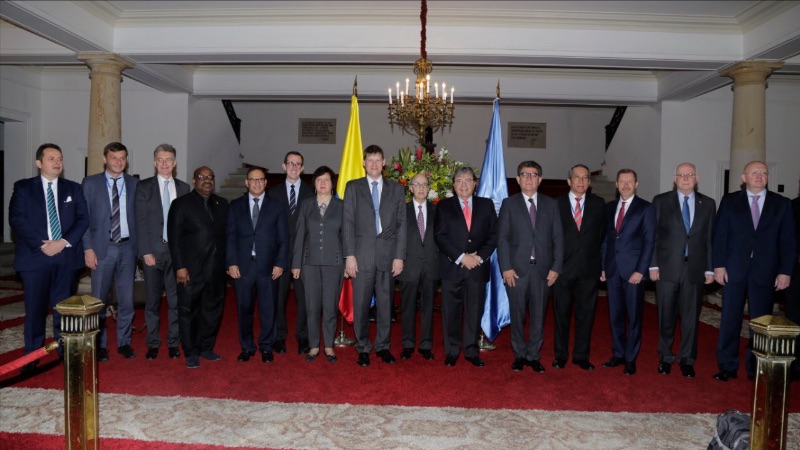 On Friday 19 July 2019, the United Nations Security Council held sessions and closed consultations to report back from the 11-14 July visiting mission to Colombia co-led by Peru and the United Kingdom.

Building on recommendations from meetings in Colombia with women-led civil society, government authorities, and community leaders, the discussion highlighted the importance of holistic and accelerated implementation of the peace agreement and action to address rising violence against human rights defenders and peacebuilders. The United Kingdom stressed that the “Colombian government should give full political and financial support to commitments for peace.” Germany, Peru, Poland, Indonesia, and South Africa also affirmed the need for and role of women’s participation in securing a sustainable peace.

The Council must continue to push the Colombian government to take action on local women’s calls for holistic implementation of the peace agreement and address attacks on human rights defenders and peacebuilders.

With 14 of the 15 Council representatives on the mission being men, if Council Members are to be taken seriously on gender equality, they must also strengthen women’s leadership within their own missions.

For WILPF’s full analysis of this briefing, please visit our website. 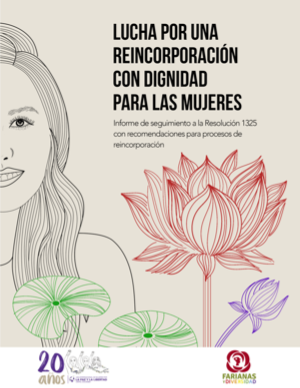 Women-led civil society were critical to a holistic peace agreement in Colombia, and continue to lead the way on peace that works for women and all people.

LIMPAL (WILPF) Colombia has recently published a report addressing the post-conflict reintegration of women ex-combatants in Colombia. The report explores how the diversity of FARC women demonstrates the varied complex and overlapping elements involved in the reintegration of women after conflict. The report specifically looks at how these transgressive women resisted the power dynamics of relationships within and outside their groups; built themselves as a collective from within their collectives; and recognized and sought to address impediments to their rights. 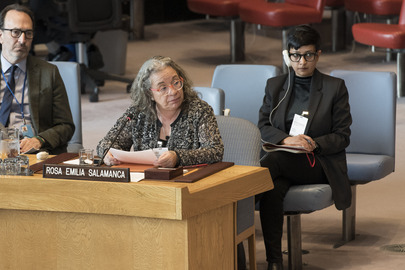 On 12 April 2019, CIASE Executive Director Rosa Emilia Salamanca briefed the UN Security Council on the situation of Colombia. WILPF’s Women, Peace and Security Director Abigail Ruane and Communications Associate Genevieve Riccoboni sat down with her afterward to ask her about the situation of women and opportunities for feminist peace in the country. Read excerpts from her interview below, and the full interview here.

“Feminism brings refreshing ideas of politics and asks really big questions about power, power relations, and how we are trying to change the way humans behave.”

“We need to explore more what it means from a feminist perspective to have “unimaginable dialogues” become possible dialogues.”

“Still, commitments on women and peace are something you attach: Negotiations say, “if we name women, we are including women.”  But I think there is not enough clarity that women´s theoretical and practical contributions have been developing and offering as a feminist approach - an important transformation for humanity that has not yet been adequately perceived.”