World leaders come to the UN this week to dialogue, to debate and to decide policy. Civil society is very present and speaking truth to power - although denied access to most official and insider meetings, with barricades and armed guards present all around the UN this week. 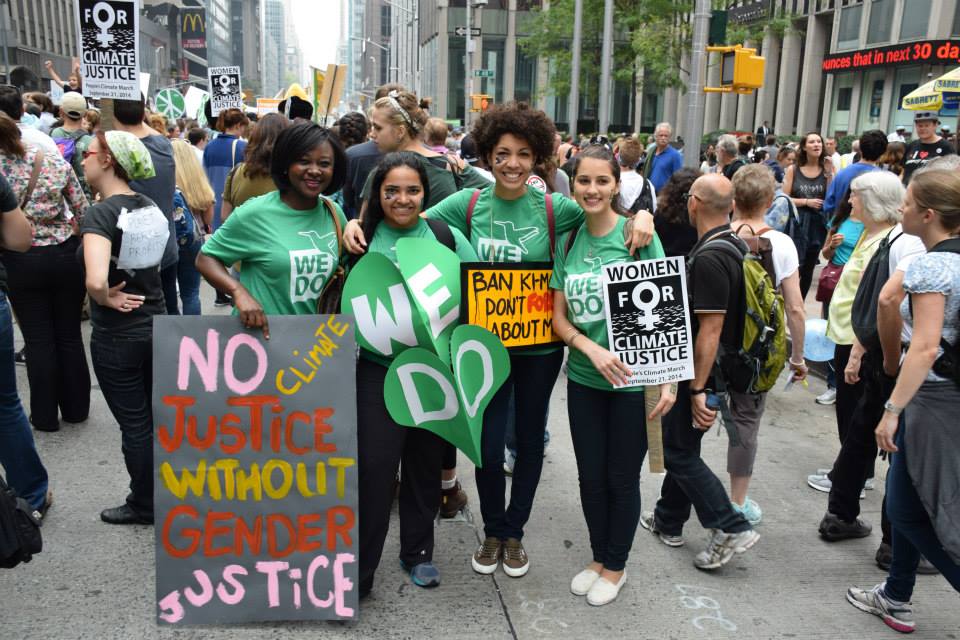 This year is historic with the World Conference on Indigenous Peoples, People's Climate March, and Climate Summit, as well as the UN General Debate (September 24 – 30), which focuses this year on "Delivering on and Implementing a Transformative Post-2015 Development Agenda". All these important gatherings are happening against the backdrop of continued and escalating violent crisis around the world with a focus on Iraq and Syria. As usual, the WILPF PeaceWomen team, with Reaching Critical Will, will monitor statements of the General Debate for references to security, disarmament, gender, and Women, Peace and Security.

On the streets of NY, around 400,000 people gathered at the People's Climate March on International Peace Day, 21 September. The march demanded action on climate change to the world leaders attending the Secretary General's Climate Summit, and showcased unity for action amidst solidarity, with messages including “Windmills not Weapons” and “Women for Climate Justice”. WILPF members joined and spoke truth about the links between climate change and women's rights and with conflict – the connections are acute and real. The climate crisis is the defining issue of our time! Read more resources on links between gender, women's rights and conflict from the Women's Environment and Development Organization and here.

Beyond NY General Assembly circus of politics, there has been lots of important happenings around the world. In Pakistan, our WILPF section organized a strategy session on International Peace Day, and reaffirmed their work to “un-glorify war and to glorify peace”.
Given the recent developments related to the on-going political turmoil and protests and the recent flooding in Pakistan, we have included a special focus this month on community conversations on security, conflict, militarisation and governance that took place in Afghanistan, Pakistan and India led by the Women's Regional Network. We also include a summary of a recent regional conference in held in Chad on the “Promotion of Women's Participation In Conflict Prevention Mechanisms, Research, Consolidation and Peacekeeping” which WILPF Cameroon's President, Sylvia participated in. 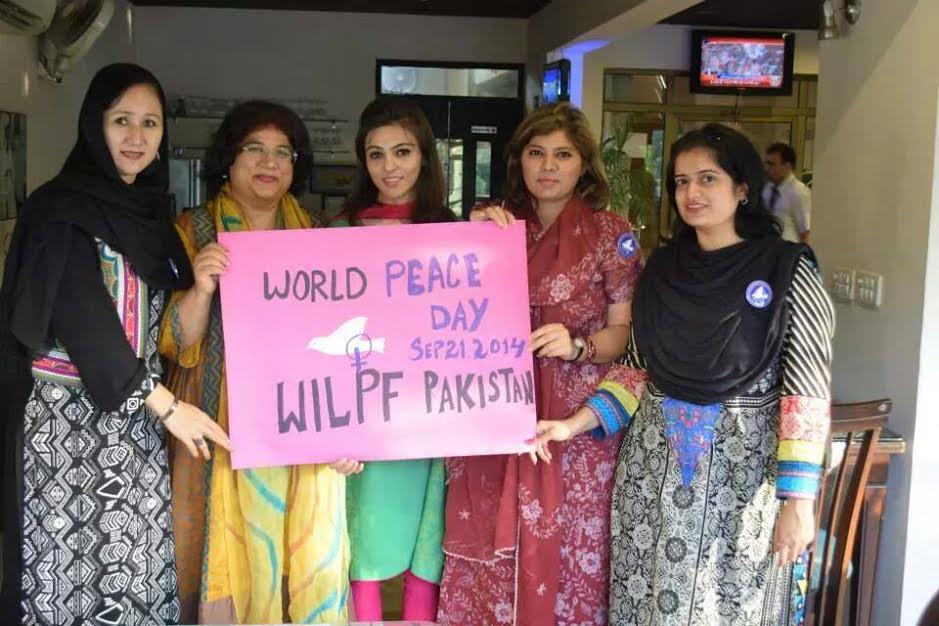 WILPF Geneva has been busy during the Human Rights Council this past week. WILPF's Human Rights programme organised a side event addressing the implications of military. WILPF also released two important new publications: You Get What You Pay For, highlighting the importance of investing in peace and gender justice rather than war, and Voices from Ukraine: Civil Society as a Driver for Peace, analyzing the relationship between men and women in conflict and the state of civil society.

Also included in this month's edition is the Security Council monitor article on Children and Armed Conflict Debate. We feature our reflection paper on a violence-prevention approach to the post-2015 Sustainable Development Goals. We also share the final call for proposals for our WILPF 100th anniversary Women Stop War conference in April 2015 in the Hague. Read and share widely! 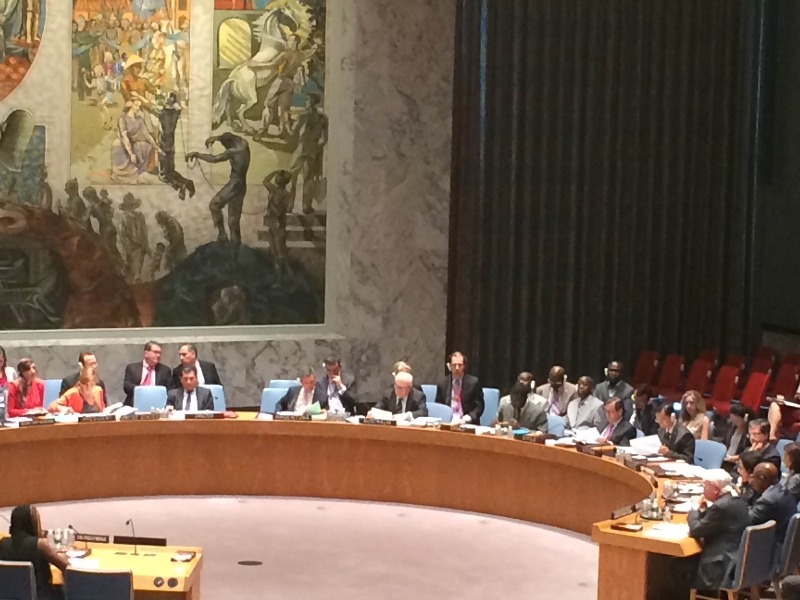 On 8 September 2014 the UN Security Council held an open debate on Children and Armed Conflict. Leila Zerrougui, Special Representative of the Secretary-General for Children and Armed Conflict briefed the Council for this debate and over 60 speakers participated. It has been about six months since the Security Council's last open debate on Children and Armed Conflict, which was held on 7 March and unanimously resulted in Resolution 2143. This debate focused on the effects of current global conflicts on children. It highlighted that although gains have been made in the protect of children in recent years, these gains have been overshadowed by global crises. Amongst the challenges mentioned were the grave situations in Gaza and Syria and the threats of Boko Haram and the Islamic State of Iraq and the Levant (ISIL).

Only 25 of 60 speakers included gender considerations in their statements, particularly around issues of sexual exploitation, gender-based violence, and the importance of protecting women and children from being victims of violent conflict. Only two speakers - the UNESCO Special Envoy for Peace and Reconciliation and the representative of Sudan - mentioned the importance of including women in peace processes. Despite requests from the Council in SCR 2122 for the integration of Women Peace and Security (WPS) concerns, about 60 percent of statements were still gender blind. Moving forward Council members must make it an imperative to make statements addressing WPS issues, so that political will is mobilized towards a greater implementation of the WPS agenda. 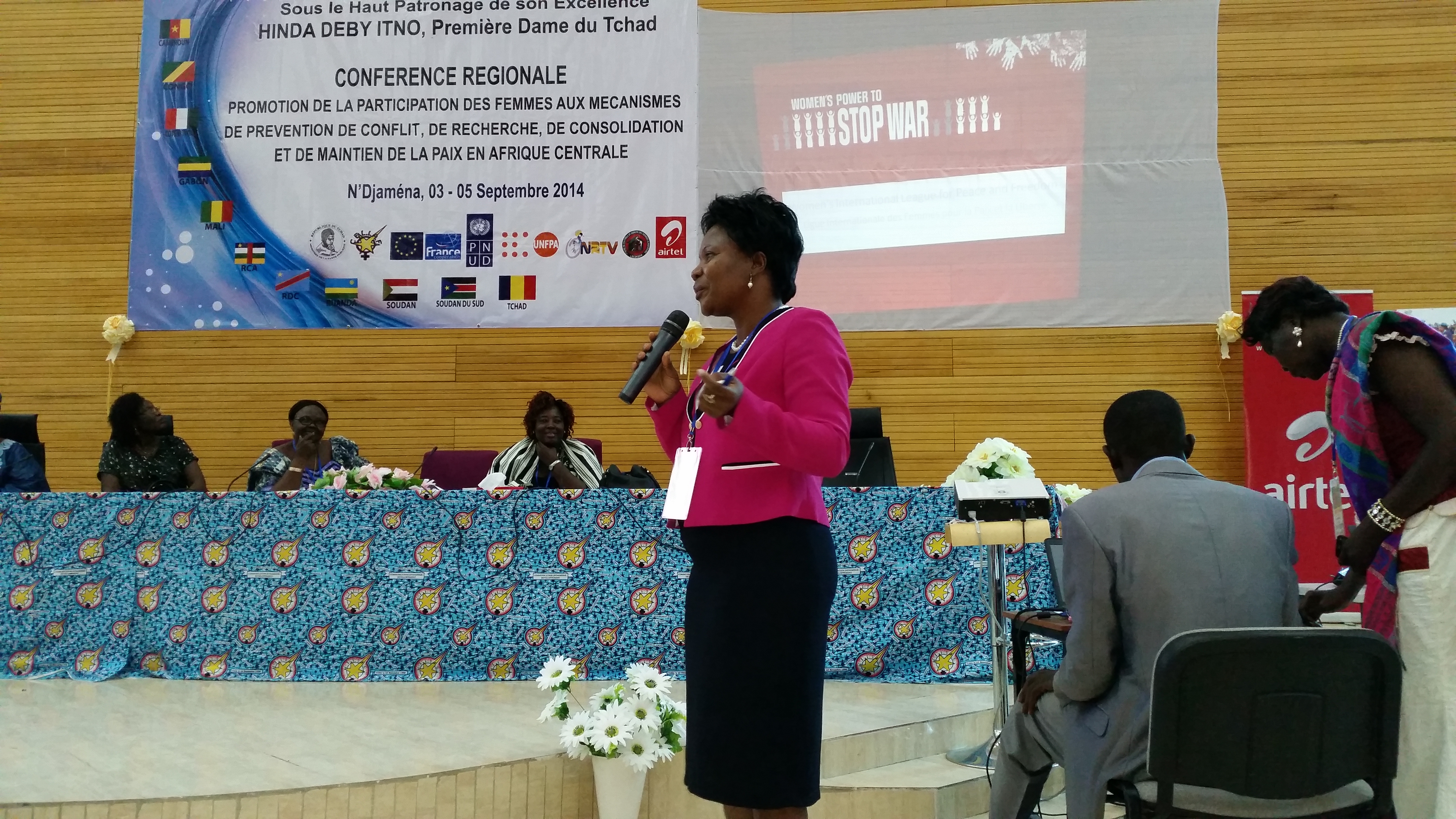 On 2-5 September 2014, a regional conference on “The promotion of women's participation in conflict prevention mechanisms, research, consolidation and maintenance of peace in Central Africa and the Sahelian region” was held in N'Djamena, Chad. The conference, organized by the women's network CELIAF (Cellule de Liaison et d'Information des Associations Féminines du Tchad) in partnership with the Chad Ministry of the Family, Social Action and National Solidarity, launched a high-level advocacy campaign to promote African women's participation in decision-making on peace and security.

President of WILPF Cameroon Sylvie Jacqueline Ndongmo was invited to speak. She stressed the need for all states in the sub-region to develop National Action Plans 1325 both to enforce the rights of women as victims of conflicts and also to ensure that women are better represented in institutions, national, regional and international mechanisms for prevention, management and conflict resolution.

This month, PeaceWomen is pleased to feature a guest article from The Women's Regional Network (WRN) compiled by Chelsea Soderholm, Regional Coordinator of the WRN. 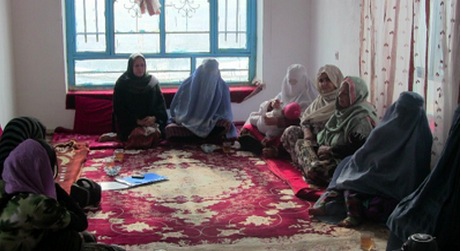 How do you take discussions about security, conflict, militarisation and governance outside elite security policy circles? How do you bring more women's voices into this discussion? How do we integrate their experiences and concerns into the security discourse? At the the Women's Regional Network (WRN), brainstorming around these questions generated the idea of Women's Regional Network “Community Conversations.”

Founded in 2011, WRN is a network of individual women civil society leaders from Afghanistan, Pakistan and India working together to strengthen women's rights to ensure peace and security in the region. WRN is animated by a vision of women working collaboratively within and across borders, to listen to and learn from each other to construct a common agenda towards equitable and sustainable development with full participation of women in building a just peace.

The Women's Regional Network initiated the Community Conversations (CCs) process in 2011 as one of the first activities undertaken. The Network sought out women who live and work in remote and insecure areas to understand their experiences, fears and insecurities. The CCs acknowledge the contribution of women to justice, peace and social reintegration processes and document the creativity and agency women have shown in adapting their lives to conflict conditions.

This process has generated rich and detailed accounts from Afghanistan, Pakistan and India of the gendered social impact of politicised violence, militarisation and corruption in conflict-affected areas. Reports on Community Conversations highlight shared common issues such as the the pervasive impact of militarism and women's consistent creativity and enterprise, and provide recommendations for the international community, national governments, and civil society organizations to move forward. By identifying the common threads and themes, WRN is building cross-border strategies and seeking common solutions at this critical time for the region.

Reports / Policy Briefs / Resources:
Monthly Action Points on Women, Peace and Security: September 2014
Position Paper on the post-2015 Sustainable Development Goals
Voices from Ukraine: Civil Society as a Driver for Peace
Report on the Process of Resolution 2013, Women's Approach to the Peace Process, Suggestions for a Lasting Peace
A Feminist Brief: Post 2015 Development Agenda - "Women and Girls at the Center: Our Human Rights are Non-negotiable" (NGO Statements)
You Get What You Pay For
External Initiatives:
ONLINE DIALOGUE: Benefits and Costs of the Conflict and Violence Targets for the Post - 2015 Development Agenda
NGO Collective Statement to UN Human Rights Council Special Session on Iraq- Serious Protection & Rights Needs of Women & Girls in Iraq
Open Letter to the UN Security Council Special Meeting on the Ebola Crisis: Women of the Mano River Union Member States Speak
WILPF Final Call for Proposals: Women's Power To Stop War
Military Expenditures vs. Human Rights: You Get What You Pay For.
Pre 2015 Events:
Does Gender Matter? A conversation between Senior Leaders
Women's Action For Peace: Prospects and Challenges for Women in the MENA region
The Things That Make For Peace
People's General Assembly
BACK
TO TOP