18 Years After: Where does the Security Council stand on Women, Peace and Security? 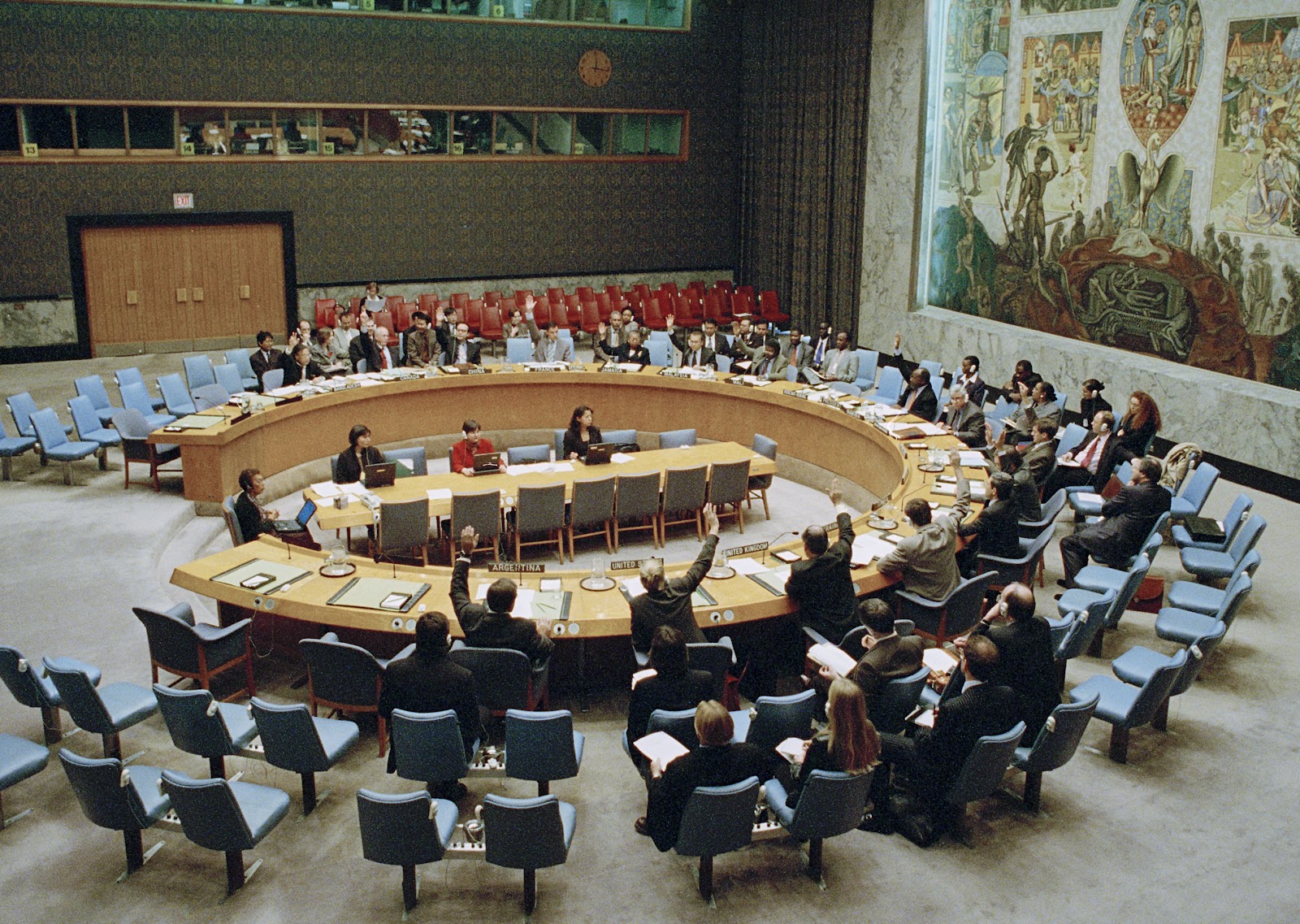 Although it is easy to be frustrated at the slow rate of change, we were reminded this week that it is important to recognise our successes.

Today, discussions on peace and security -- at least in some spaces -- have an increasingly political edge. Aside from humdrum talking points on “protecting women-and-children” or adding “women”, international discussions are increasingly raising issues of power and coercion that are naturalised through gendered roles. At one event with diplomats earlier this week, one panelist affirmed that, “an unswerving commitment to feminist principles and practices should guide WPS implementation and accountability”.

These calls for political rather than technical change are increasingly recognised in the formal UN discussions. This year’s report from the UN Expert Group Meeting on Women’s Meaningful Participation affirmed that “Institutionalized patriarchal and militarised systems...are one of the most basic and persistent barriers to women’s meaningful participation in efforts to resolve conflict.” Building on this, this year’s Secretary-General’s WPS report affirms that “we must begin to pay greater attention to the continuum of violence … [t]his includes assessing and addressing violent masculinities and the gender-specific impacts of harms”.

At the same time, every step forward faces two steps back, and independent women’s voices remain more critical than ever.

As pointed out by Razia Sultana in her April 2018 statement at the Security Council open debate on Sexual Violence in Conflict, rape was systematically planned and used as a weapon against Rohingya people in Myanmar for years, yet “the Security Council has failed us”. This crisis should have been prevented if the warning signs since 2012 had not been ignored and women’s experiences were taken seriously by the Council.

In countries such as Palestine, women peace leaders have brought attention to how military occupation, surges of violence and lack of accountability, coupled with increased politicisation of humanitarian assistance, have disastrous gendered impact. Yet despite women’s leadership in demanding accountability, the Security Council remains chronically blocked on key crises.

18 years after women civil society successfully pushed to create UNSCR 1325, women peace leaders continue to be the driving force on Women, Peace and Security. Whether crossing the demilitarised zone in the Korean Peninsula or rebuilding communities in Colombia, the feminist peace movement continues in its pioneering leadership for action that disarms violence and ensures women’s meaningful participation, livelihoods and justice.

If the Security Council is to deliver on its mandate to maintain international peace and security in a way that works for women - and men, it must support actions that do not just end active conflict but build sustainable and democratic peace, with local women’s leadership and rights at the core.

Next week at the UNSCR1325+18, we will work with local partners to demand holistic and effective action on women’s meaningful participation by amplifying experiences of women and women’s groups and putting them at the centre of peace work.

Join us in demanding that the international community steps up!

WILPF Action at the 18th Anniversary of UNSCR 1325 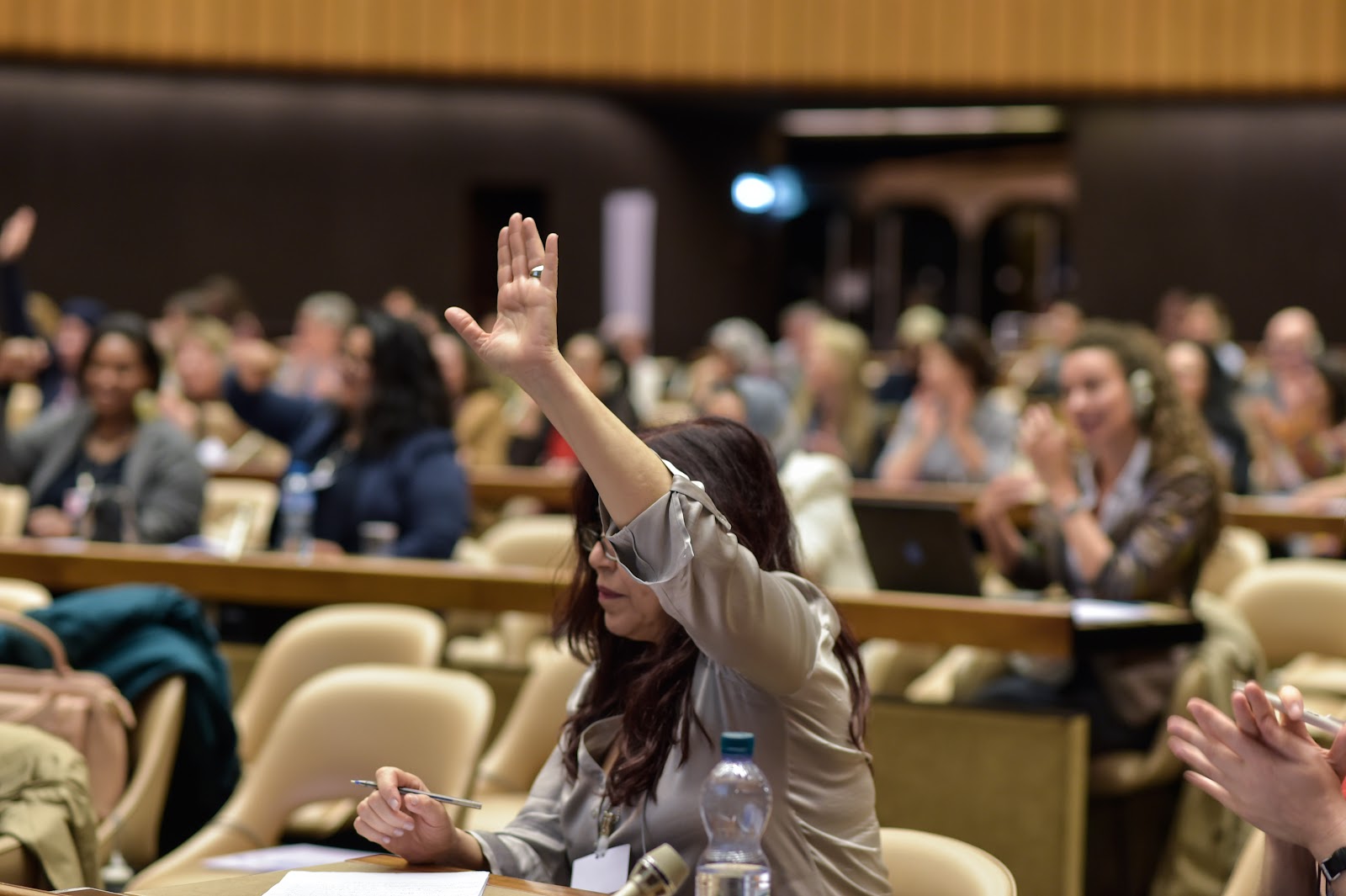 Some of the participants at the April 2017 Reclaim UN as a Peaceful Organisation Convening in Geneva (Photo: WILPF)

At the 18th anniversary of UNSCR 1325, in coalition with the NGO Working Group on Women, Peace and Security (NGOWG), WILPF will host a delegation of women peace leaders from Afghanistan, Cameroon, Colombia, Lebanon, Palestine, Sudan and Yemen who will speak on overcoming obstacles to women’s meaningful participation and strengthening conflict prevention, including through sustainable peace.

With our coalition, the NGO Working Group in Women, Peace and Security, WILPF will support a civil society statement to the Security Council in order to amplify the voices of our local women leaders for sustainable peace based on disarmament and women’s meaningful participation.

Together with partners and members, WILPF will host and participate in a number of events on women’s meaningful participation in peace processes, the implementation of UNSCR 1325, and feminist peace. These include:

Learn more about the UNSC Open Debate on Women, Peace and Security here>>​ On 2 October 2018 the Government of Switzerland launched its fourth UNSCR1325 National Action Plan (NAP) for a period of five years (2018-2022). Developed in partnership with civil society, the 2018-2022 NAP reiterates Swiss commitment to strengthening women’s meaningful participation in peace work, gives consideration to local structures through conflict and gender analysis while incorporating Sustainable Development Goal 5 on gender equality. In addition to this, the updated NAP shows particular leadership in national implementation by calling for greater consideration of gender in arms control, disarmament and non-proliferation, which is a chronic gap area.

#UNGA73: Where Do We Stand On Conflict Prevention And Feminist Peace? 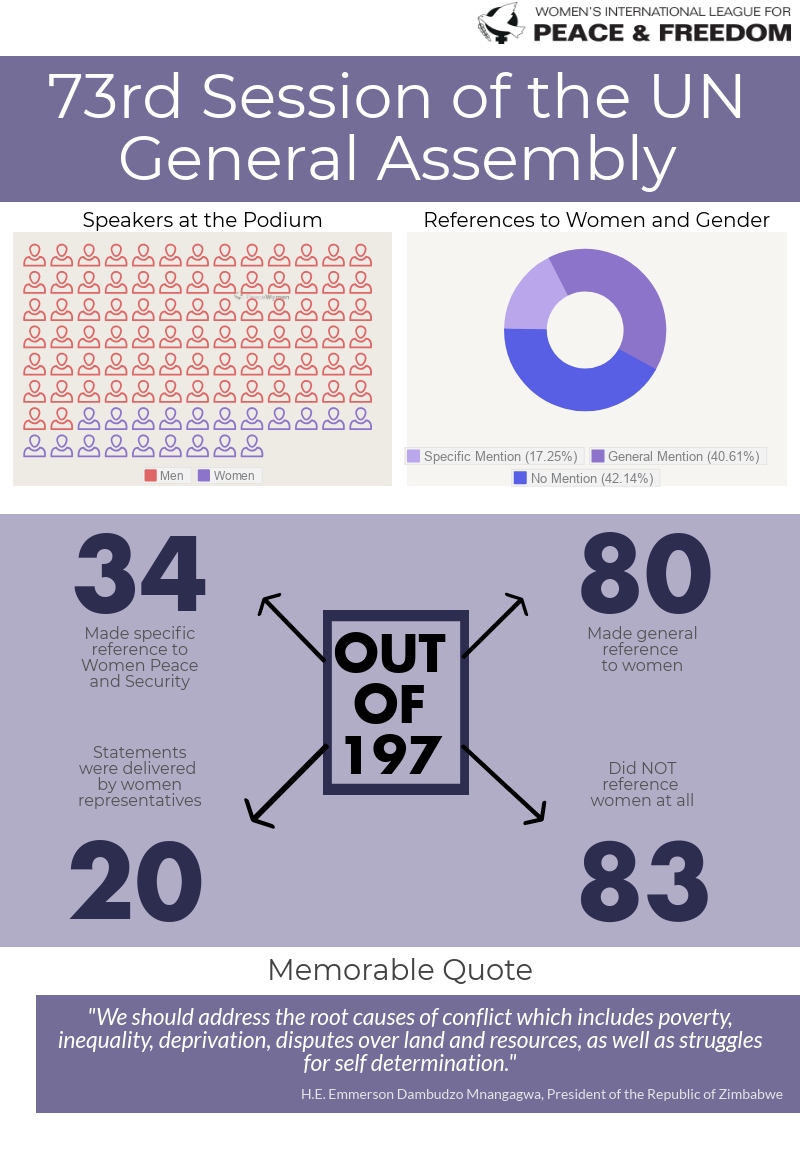 The General Debate of the 73rd session of the United Nations General Assembly (UNGA73) was held on 18-25th September 2018 under the theme “Making the United Nations Relevant to All People: Global Leadership and Shared Responsibilities for Peaceful, Equitable and Sustainable Societies”. Chaired by H.E. Ms. María Fernanda Espinosa Garcés, the fourth woman and the first Latin American woman to become President of the UNGA, the meeting enabled country representatives from 197 Member States and observer delegations to put forth their concerns, positions and priorities around the most pressing issues of today, including climate change, increased militarisation, gender inequality, among others.

WILPF’s Women, Peace and Security and Disarmament Programmes monitored the debate for references to women, disarmament and conflict prevention, as well as references to our focus countries, and shared a report as part of our accountability work. Only 34 speakers (17.2 per cent) provided specific and policy-oriented statements aimed at ensuring that women’s rights and women’s participation were at the core of the Global Agenda for Peace. Many references were generalised and vaguely asserted the importance of women’s empowerment and gender equality. “Member States have to commit to political rather than technical change”, said Abigail Ruane, WILPF’s Women, Peace and Security Programme Director at the annual meeting of the WPS Focal Points Network. This includes addressing structural discrimination, supporting consistent gender analysis, ensuring safety and justice for women human rights defenders and ensuring strong funding for WPS and gender equality.

WILPF Releases Its Gender-Militarism Analysis Of The UNGA73 General Debate

Leading The Path To Peaceful Elections In Cameroon

Peace Movement is on the March Again

From Nuclear Weapons, To Gender And Beyond: First Committee Is Starting

Strengthening synergies between CEDAW and Women, Peace and Security Resolutions

For A Foreign Policy Based On Human Rights And Gender Equality

Intersections Of Violence Against Women And Girls With State-building And Peace-building: Lessons From Nepal, Sierra Leone And South Sudan

Key Points On Women, Their Rights, And Efforts To Prevent And Resolve conflict

PRIO Contributes To Conference On Women, Peace, And Security 2018

A Training Manual On Gender, Masculinities And Strategies Of Engaging Men And Boys In Combating Gender Discrimination And Violence