Towards A Feminist Political Economy For Sustainable Development And Peace 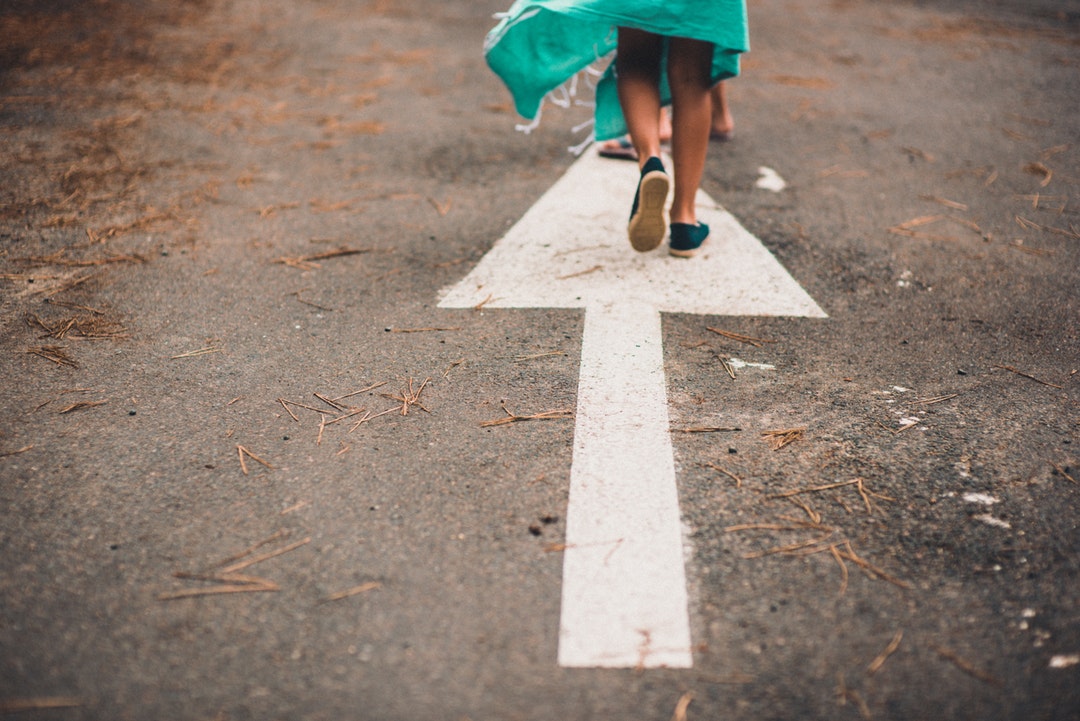 As the Sustainable Development Goals are up for the review in New York next month, member states would do well to learn from the experience of Bosnia and Herzegovina (BiH).

As a country coming out of conflict, BiH is still recovering from the devastating effects of war and a significant number of people continue to suffer from war-related violations and harms. Over 20 years after the Dayton Peace Agreement was signed, these issues have not been adequately addressed. Instead, the exclusion of women and a gender perspective from the peace process, combined with poor economic decision-making and subsequent economic austerity measures, has exacerbated gendered inequalities and supported rising tensions that risk feeding into the old conflict.

As a post-conflict country, BiH still faces many challenges. However, economic restructuring in BiH has been done without reflection to the many new and complex challenges society faces in the wake of the war. For example, the lack of investments in health-care and other public services in the aftermath of war has increased the burden of unpaid care on women. This directly affects growing gender inequalities and inhibits women’s greater participation in public spaces, from entering the labour force to participating in decision-making.

Despite penny pinching on social safety nets, Bosnia has spared no expense when it comes to funding projects that help their European Union bid. Since 2008, BiH has invested 1,69 billion EUR into the construction of a highway that connects the Croatian coast with Budapest through the extension of the Trans-European Transport Network.

I am not an economist, but I still imagine that this fortune could and should have been used differently!

Bosnians should ask ourselves whether our priorities should be highways, amidst other more acute investments needed to ensure that 1) the needs and problems faced by the direct civilian victims of war are met, and 2) access to and delivery of economic and social rights to all the citizens of BiH are ensured. Healthcare, right to decently paid jobs, social assistance, education, housing and so forth should trump investments into a highway, if we are serious about securing development and sustainable peace.

When it comes to infrastructural investments, BiH should recognise that priority should not be placed on highways but rather the reconstruction and expansion of health facilities and services and other roads that help them access those facilities. Decent accessible healthcare is an important socio-economic right for any society, but is particularly important for a society recovering from war.

Member States must recognise that the ways in which we use money for the public sector and public funds makes a difference on overcoming gender inequalities or preventing conflict relapses in a society.

The economic policies and investments we choose to roll out to strengthen sustainable development in post-conflict societies cannot be separated from the lived and highly gendered experiences of war, and from the new, and often more complex and overlapping needs that emerge as a result of that conflict.

Policies and post-conflict interventions should build social, political and economic platforms for justice and recovery, based on local priorities and principles of gender equality, solidarity, anti-militarisation and human rights.

It is only then we can hope to truly transform the underlying roots of the conflict and start building a sustainable peace. 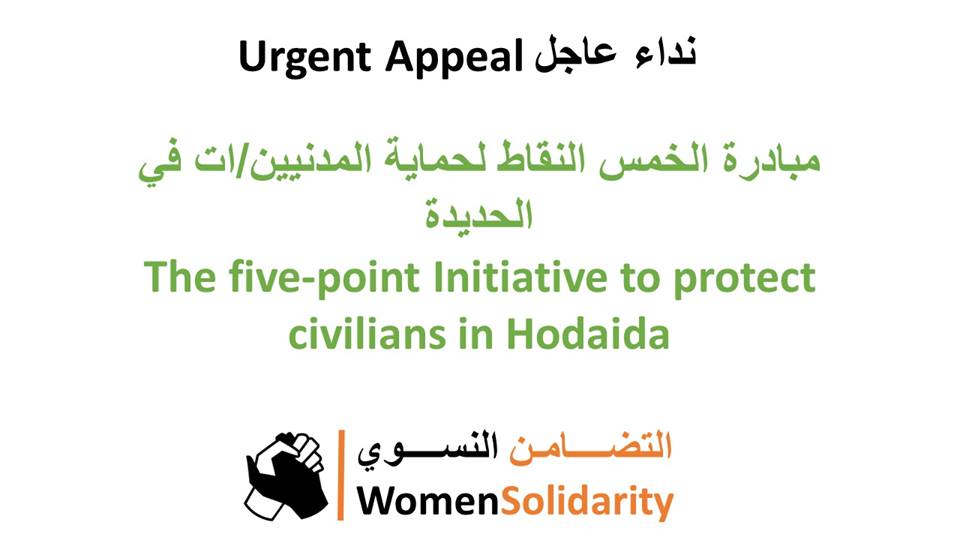 As of 18 June 2018, the Western-backed Arab coalition has continued bombardments on the Houthi-held Yemeni main port, Hodeidah. This upsurge in fighting comes at the heel of the Security Council’s presidential statement in March 2018, which called for the full and sustained opening of the port. According to UN officials, the ongoing hostilities has impeded humanitarian delivery for the 600,000 people in the area. Yet, in spite of recognising the vast humanitarian impact of prolonged fighting in Yemen, most Council members remain cautious about taking positions on the situation.

While the Council remains inactive, Yemeni women activists are working to develop humanitarian plans and support existing action. The Women’s Solidarity Network Yemen, for example, has proposed a five-point response plan that urges the Council to increase engagement with women and civil society, and ensure that any action to address the humanitarian situation are gender-sensitive. While this plan is necessary to tackle the humanitarian crisis in the short-term, the Network acknowledges that an effective humanitarian response alone will not resolve the conflict. As mentioned in S/PRST/2018/5, “the humanitarian situation will continue to deteriorate in the absence of an inclusive political solution”. 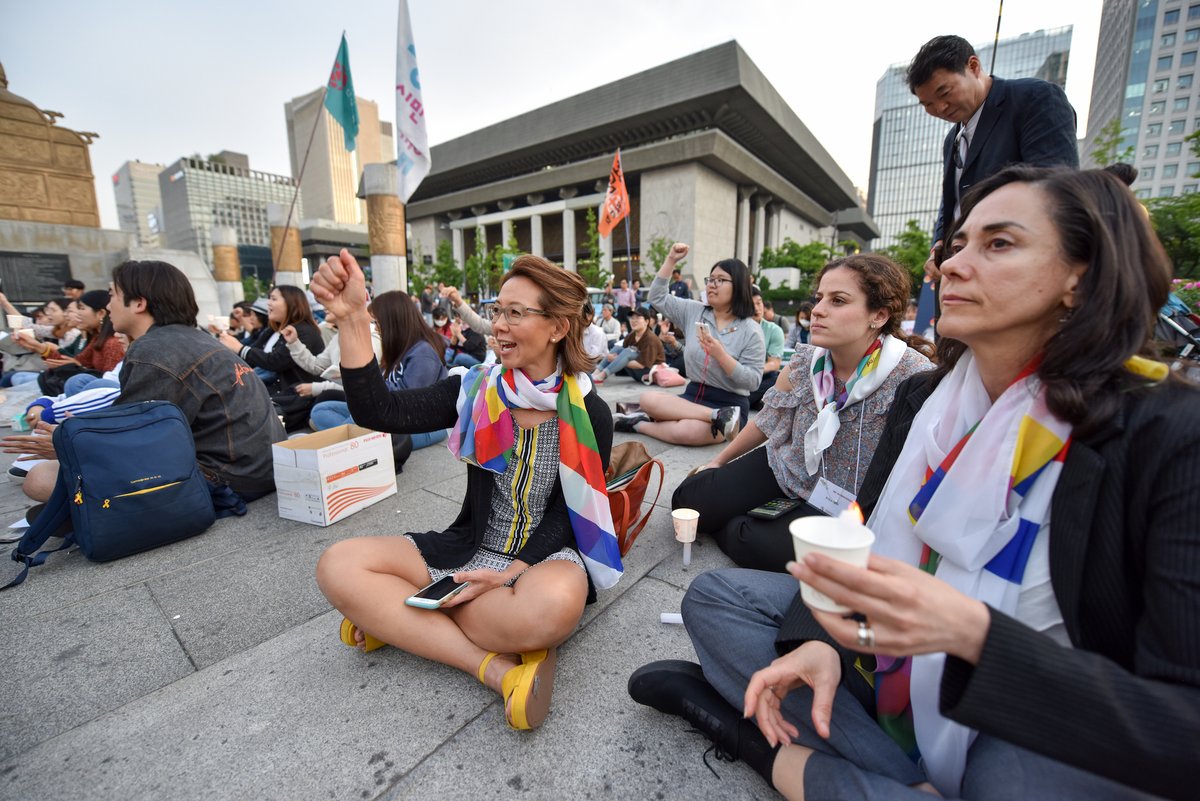 Three years after women peacemakers crossed the Korean Demilitarised Zone (DMZ), calling for a peace treaty, today people around the world have found that this was not an impossible dream: Peace is possible on the Korean peninsula.

Despite posturing by the US and skepticism outside of the Korean peninsula, women peacemakers have continued envision, demand, and work for a better world. In May, over 1,000 women walked across the Unification Bridge demanding action on the historic April Panmunjom agreement declaring an end to the Korean war.

Today, WomenCrossDMZ, which WILPF is a steering committee member of, continues to urge the international community to support a peace process with women’s participation and rights at the centre in line with UN Security Council Resolution 1325. “Given the critical window to secure a lasting peace, women must have a seat in the official peace process”, the coalition says in their statement. The 2018 High Level Political Forum (HLPF2018), the annual meeting to measure implementation of the Sustainable Development Goals (SDGs), will be hosted at the UN Headquarters in New York from Monday, 9 July, to Wednesday, 18 July 2018. The theme this year will be: "Transformation towards sustainable and resilient societies".

Each day, women peace activists around the world, including within our WILPF community, contribute – directly and indirectly – to sustainable development, by acting on disarmament, women’s meaningful participation and women’s human rights.

We invite you to support the campaign and raise your voice! 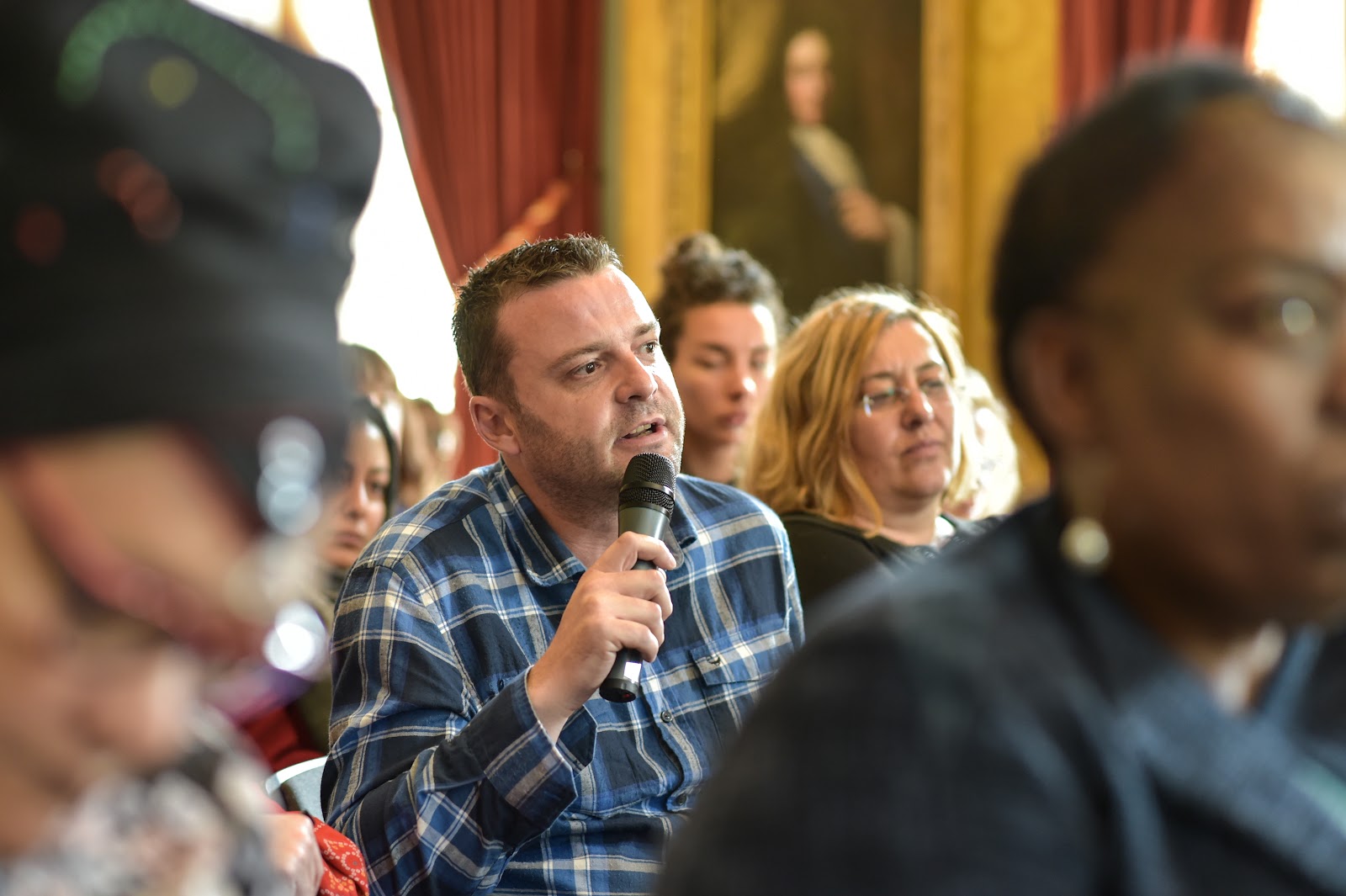 Participants of the WILPF’s 2017 Convening in Geneva on Reclaiming UN as a Peaceful Organisation. (Photo: WILPF)

On May 8, 2018, the Women’s International League for Peace and Freedom (WILPF) and the MenEngage Alliance co-hosted a webinar titled “Exploring Interlinkages: Women, Peace and Security, Militarism and Masculinities”. The event created a space to share feminist analysis on the links between militarism, masculinities, and peace and security, and explore opportunities for strengthening activists action to build equal partnerships among women and men for gender equality, demilitarised security, and justice.

Panelists agreed that socially-constructed gender norms that define masculinity as different from and superior to femininity, and associate masculinity with power, violence and control, play an important role in driving conflict and insecurity worldwide. However, simply “engaging men” is not enough to prevent conflict. Feminist peace -- or peace based on women’s equal participation, protection, and rights -- requires people across the gender spectrum working together to dismantle patriarchy and build a better world. Doing so requires building trust, understanding power, and working together in partnership and across movements. As Cynthia Enloe has often affirmed, “the personal is international.” This means that change requires transforming gendered relationships of power at the personal, political, and international levels from inequality and violence to participation and justice.

WILPF Costa Rica Statement: Solidarity With The People Of Nicaragua

The Secret To Ending War? It’s Too Easy: More Women In Peace Negotiations

Working With Women's Organisations And Acting To Prevent VAW In Conflict, Critical To Development

SDG16.4 And The Collection Of Data On Illicit Arms Flows: Progress Made But Challenges Ahead

Joint Submission To The CEDAW Committee On The State Of Palestine, 70th Session