This month, WILPF will participate in the upcoming AWID International Forum on Women's Rights and Development. This conference, entitled “Transforming Economic Power to Advance Women's Rights and Justice”, will gather up to 2,000 women's rights leaders and activists from around the world on April 19-22, 2012 in Istanbul, Turkey. WILPF will facilitate a session on women's security a

nd militarism called "From the Beijing Platform to Resolution 1325 - military expenditure and its consequences for women's security". The session is a joint project involving five of our over 40 national sections, bringing forward women's active participation in security politics in Democratic Republic of Congo, Nigeria, Costa Rica, Colombia and Sweden. WILPF will be represented at AWID by the Secretary General Madeleine Rees, personnel from the New York, Geneva, and Sweden offices and representatives from the above national sections. To find out more about the Forum, please click here. >>

WILPF International endorsed the joint statement of feminist and women's organizations on the lack of agreed conclusion from the UN Commission on the Status of Women 2012 (CSW 56). As you may know, there was no outcome document (agreed conclusions) this year as Member States failed to reach consensus. This was only the second time that the CSW had failed to agree on an outcome document. PeaceWomen finalized our report focused on women, peace and security. The official theme of CSW56--the empowerment of rural women and their role in poverty and hunger eradication, development and current challenges--did not explicitly focus on the WPS agenda; however, the link between the priority theme and SCR1325 is clear, and there were a large number of events focused directly on issues related to women in conflict and post-conflict situations. Also please note that the provisional theme for next year's CSW will be on “Elimination and prevention of all forms of violence against women and girls”.

This ENews includes news from Mali where women have been calling for peace and national unity. Also see below recent statement on Mali by UN Special Representative of the Secretary-General on Sexual Violence in Conflict Margot Wallström calling for combatants and their commanders to be held accountable for acts of sexual violence. We also included updates and articles on: Security Council Monitor, UN Debate Watch on Afghanistan and extension of the UNAMA mandate, the new NAP initiative on the PeaceWomen website, the Translation Initiative, work by WILPF's Reaching Critical project, and articles and news from peacewomen.org.

Debate Watch - Afghanistan and extension of the UNAMA mandate 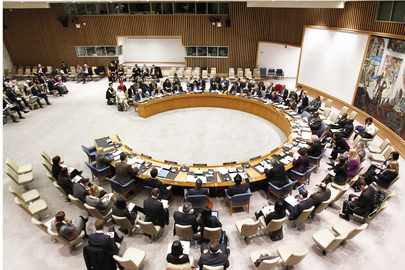 On the 20th of March the Security Council convened under the presidency of the United Kingdom to discuss progress and challenges related to the United Nations Assistance Mission (UNAMA) in Afghanistan. This meeting witnessed the adoption of a Presidential Statement confirming the Council's unanimous support for the extension of the UNAMA mandate. Later in the week, the Security Council extended the mandate of UNAMA for another one year in Resolution 2041 (S/RES/2041 (2012)). See Resolution Watch: UNAMA for analysis. The Debate on March 20th included important yet limited discussion of gender issues and women's rights with only 9 out of 18 statements containing any gender reference. As may have been expected, the majority of gender references at this debate related to the need to ensure equal rights and security for women in Afghanistan, including their participation in civil society, peace processes and politics. In addition, the SG Special Representative, Norway, Portugal and Canada highlighted the need to continue work to eliminate the “major challenge” of violence against women in Afghanistan. Here, the representative of the EU welcomed the Afghan Government's commitment to the implementation of SCR 1325 represented by the creation of the inter-ministerial steering committee on resolution 1325 (2000) national implementation. The benefits of involving women in all levels of decision-making and security provision were emphasized by several countries, including France, Finland and the EU. To this end Togo described the positive impact the recruitment of women had had on the public image of Afghan security forces and Finland emphasized women's participation as crucial to ensuring a successful transition.

Thursday April 19
10:00 AM: UN Secretary-General Ban Ki-moon will brief members of the Security Council on global efforts to secure nuclear materials and curb the proliferation of nuclear weapons technology. Council

Monday April 23
10:00 AM: UN Representatives will brief members of the Security Council on the Middle East.

Wednesday April 25
10:00 AM: UN Secretary-General Ban Ki-moon will brief members of the Security Council on strengthening the UN's capacity to help member states secure their borders against illicit flows of materials and goods trafficking of material goods as well as people. 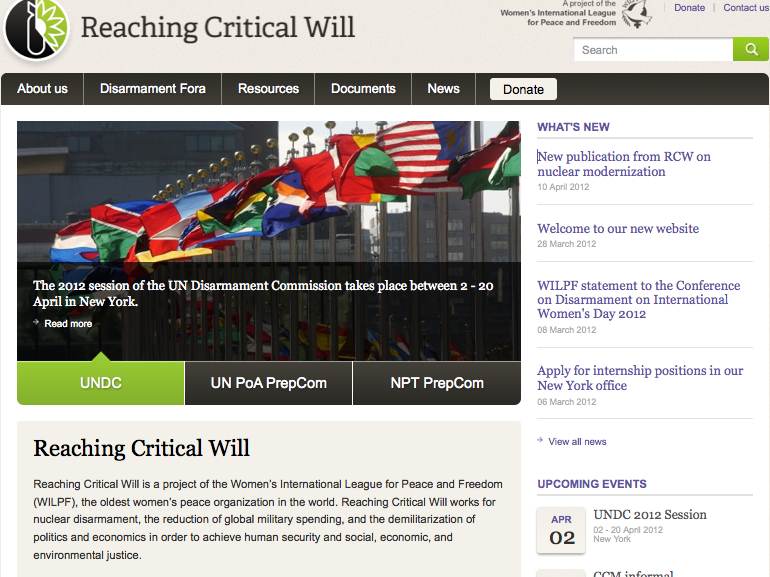 Congratulations to Reaching Critical Will on their new website! In addition to revamping the overall look and feel of the site and making it more user friendly, a new feature has been added that allows users to search through a database of statements and resolutions from all the disarmament fora RCW covers by country, date, topic, and fora. We hope this tool will be useful for NGOs, UN Secretariat, diplomats, and researchers.

Reaching Critical Will has coordinated and edited a new study on the modernization plans and programmes of eight of the nuclear-armed states. This study, Assuring destruction forever; nuclear weapon modernization around the world, is available for download in PDF on the RCW website. Reaching Critical Will hopes that WILPF Sections and members will be able to use this study for education and advocacy purposes. We encourage WILPFers to circulate this report to their networks, to discuss it in their meetings, and to consider asking for meetings with their government representatives to discuss the content. The complete report can be found online, along with the executive summary and introduction.

MALI: Combatants and Their Commanders Must Be Held Accountable For Any Acts of Sexual Violence

I condemn in the strongest possible terms every incident of alleged sexual violence committed against Malian women and girls, and call on all parties to respect their obligations under international humanitarian and human rights law. Any party to the conflict credibly suspected of committing or being responsible for patterns of rape and other forms of sexual violence can be publicly named and shamed by the Secretary-General as a basis for Security Council action. Acts of conflict-related sexual violence can constitute war crimes or crimes against humanity for which combatants and their commanders will be held to account. Sexual violence contributes to the destabilization of the region and the denial of women's rights. Any peaceful solution achieved through political dialogue must include women and must address the crime of rape. We continue to monitor the situation in Mali and in other conflicts where sexual violence may occur, and stand in solidarity with the survivors. 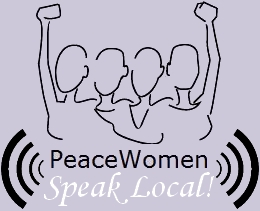 The PeaceWomen Project is pleased to announce that the successful translation of SCR 1820 into Urdu and Bengali as part of the ongoing "Speak Local" campaign of the Translation Initiative! Established to tackle language barriers and to increase awareness of the United Nation's resolutions on women, peace and security around the world, the Translation Initiative aims to promote local ownership and women's participation in conflict prevention and peace-building. SCR 1325 has already been translated into over 100 languages and we are eager to collaborate with translators and continue disseminating this important resolution to activists and communities worldwide. Under the "Speak Local" campaign, work is also being done to translate Resolution 1820; for a list of translation opportunities, please peacewomen.org/translation_initiative. We welcome communication from experienced translators who would like to support this Initiative by volunteering their skills towards this important work. Please write to translations@peacewomen.org.

PeaceWomen/WILPF is pleased to announce the arrival of an entirely new section to our website! 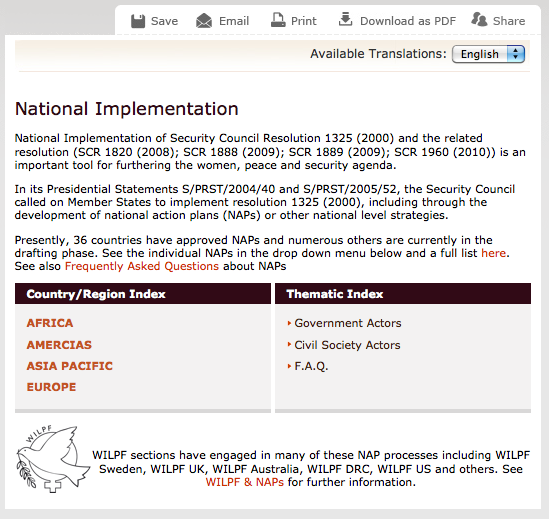 As a flexible, web-based platform, the initiative will grow and be updated as governments develop and revise these action plans. The NAP online platform will provide a frequently asked questions tool and a thematic and country-specific database of existing SCR 1325 NAPs, showcasing the many methods available to national stakeholders in developing, evaluating and revising action plans. The database will highlight good practices at the national level both in the content of NAPs as well as the process through which the NAPS were developed. PeaceWomen/WILPF is particularly excited about this initiative in the context of WILPF's engagement in the NAP processes of Sweden, Australia, the DRC, and the U.S. WILPF sections and other CSO actors are encouraged to share their experiences and provide feedback.We are still adding content and developing this section, please do send us comments/materials from your involvement in NAPs.  Contact: Isabelle Cutting , Project Assistant  E-Mail: isabelle@peacewomen.org

Peaceful Peace-making and Our Right to Peace

Two events recently took place at UN Headquarters that are critical to UN's mandate to build and maintain peace, but that do not receive enough attention.The first event was "Broadening the Concept of Peacekeeping: The Contribution of Civil Society to the Unarmed Protection of Civilians". Speakers emphasized the high rate of civilian casualties in armed conflicts and the unique ability of civil society groups to attend to civilian needs, which often go unaddressed in the chaos of violent conflict and international response. The event recognized the specific role of women in the protection of civilians by civil society actors, and the ways in which the UN peacekeeping and protection architectures could make better use of trained civilians for the unarmed protection of civilians.

The second event, “Civil Society Consultation on the Human Right to Peace,” discussed the recent drafting by the Human Rights Council Advisory Committee of a draft declaration on the Right to Peace, and how the Right to Peace depends on presence of human security, not simply the absence of war. Speakers at the event echoed WILPF's position in calling for the equal participation of women and the full implementation of SCR 1325. The HRC is now seeking consultations before the draft is presented to the HRC in June. Both events were attended by wonderful PeaceWomen interns.