It’s how women civil society participate in the Syrian peace talks – not if
By: Barbro Svedberg, WILPF Crisis Response Director

As Syria moves into its 5th year of unimaginable civilian suffering and conflict, a new round of Syrian peace talks has initially been scheduled to begin in Geneva on the 25th of January. Regardless of when the peace talks will begin, the question is no longer if women should participate in the peace talks but how.

The need for women’s wider participation in peace processes can no longer be perceived as a mere normative demand; in fact, recent studies have shown that including women in peace processes increases the probability of reaching a long lasting peace agreement by 35 percent. Thus, there is strong correlation between women’s inclusion
and higher likelihood of reaching agreements, and that shatters common assumptions claiming that women’s inclusion may negatively impact the course of peace processes.

It is also important to indicate that ensuring a higher number of women involved in peace processes is not sufficient on its own; it is essential to combine it with meaningful participation and stronger influence of women on the process in general.

WILPF strongly believes that mediators, Member States, and the United Nations must exert pressure on – and guarantee that – all warring parties of the Syrian conflict and stakeholders ensure women’s inclusion in the process is equal and meaningful. We also urge the international community to effectively support and technically enable women’s groups in Syria in positively influencing the peace process.

How can Syrian women civil society best influence the process of the peace talks? As part of WILPF’s ongoing work to strengthen women’s participation and rights in Syria, we would like to take this opportunity to bring attention to the following key demands that have been developed by Syrian women peacemakers:

Women must be represented at all levels in the process, and women’s rights upheld.

Join us! Let us not recreate the mistakes of the past.  Ask your government what it is doing to ensure that Syrian women have a seat at the table. Demand UN processes ensure women’s substantive inclusion. Only together can we move from violence to a political solution, and sustainable peace through a democratic and inclusive process.

January in the Security Council 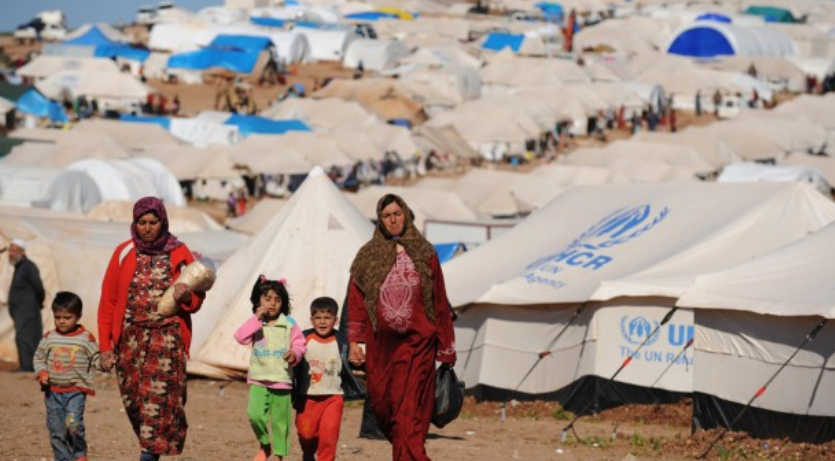 As every month, the Council is expected to have its regular monthly briefing on Syria and on the chemical weapons track from Acting High Representative for Disarmament Affairs Kim Won-Soo. The humanitarian track will be briefed by the head of OCHA, Stephen O’Brien, while Special Envoy, Staffan de Mistura, is expected to brief on the political track. If a ceasefire plan for Syria is agreed, coinciding with the beginning of the Geneva Peace Talks on 25 January, there may be the possibility for the Council to authorise and implement the ceasefire by the end of the month.

Uruguay is not the only new member to join the Council in January 2016. Also joining the Council this month as new members are Egypt, Japan, Senegal and Ukraine. These five new elected members replace Chad, Chile, Jordan, Lithuania and Nigeria.

2016 marks the 60th session of the Commission on the Status of Women (CSW), which will take place at the United Nations Headquarters in New York from 14 to 24 March. This year, the priority theme is "Women’s empowerment and the link to sustainable development" and the review theme is "The elimination and prevention of all forms of violence against women and girls".

PeaceWomen and WILPF are excited to once again participate in CSW 60, and demands that we shift the gaze. We have waited long for governments to fully implement UNSCR 1325, so now is the time for the feminist movement to join together and take action! WILPF and MADRE are organising a symposium with the aim to develop strategies to implement UNSCR 1325, with consideration to the Global Study that was launched in October. Join us and raise your voice!

This week, the WILPF Academic Network hosted its monthly webinar series on National Action Plans (NAPs) on Women, Peace and Security, specifically within the African context, and explore the case studies of the Democratic Republic of the Congo and Nigeria, where the NAPs were released in 2010 and 2013 respectively, and Cameroon, where the NAP is in preparation. But, what are NAPs and why are they important?

Put simply, National Action Plans are documents outlining domestic and/or foreign policy action and orientation, developed with the aim of meeting the Women, Peace and Security objectives: women’s participation, protection from sexual violence, conflict prevention and post-conflict peacebuilding. In essence, NAPs provide a tool to contextualize UNSCR 1325 and translate these objectives into national and local realities.

National Action Plans are one critical part of localising commitments in UNSCR 1325 into concrete action. As we move beyond anniversaries and commitments that were made in 2015, 2016 must be the year where commitments formulate into concrete action. One serious form of dedication to the Women, Peace and Security Agenda remains holistic implementation of a strong, inclusive National Action Plan that is supported both financially and operationally.

NAPs must be designed holistically, with particular emphasis on prevention, a major gap area within the Women, Peace and Security Agenda, and inclusion of demilitarisation and disarmament.  Furthermore, NAPs must be developed, monitored, and implemented inclusively with early, extensive, and genuine engagement of a broad constituency of civil society, including women-led civil society organisations. An inclusive process both upholds women’s equal human rights and also strengthens action plan content and local implementation through diverse stakeholder engagement and buy-in.