The recent Israeli bombing of the Gaza Strip continues to devastate and kill civilians living under occupation and the Israeli blockade. WILPF US's statement this week condemned the violence of all sides stating, “We deplore the use of violence by any party, but we are especially concerned about the safety of civilians in Gaza, and their desperation amidst heavy bombings on their buildings, their homes and their children, in one of the most crowded places in the world.”

The violence being perpetrated as part of military oppression in Gaza highlights the continual supremacy of masculinized, militarized approaches to ‘security', which have consistently failed to deliver peace. It is a stark reminder that we must continuously adopt a feminist critique of the situation in Palestine.

This month also there has seen a severe escalation in violence in Eastern DR Congo with tens of thousands of persons displaced, fleeing an escalation of conflict which has been defined by extreme forms of violence perpetrated by armed groups, who are explicitly targeting civilian populations. We send our solidarity to all affected and WILPF member in Congo at this time. 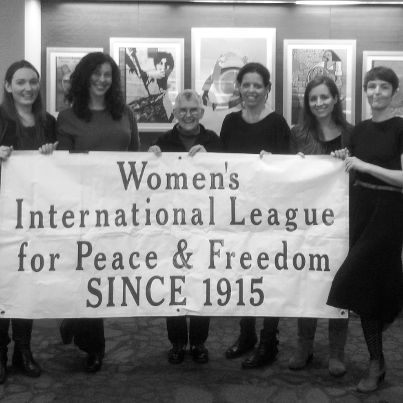 To highlight the causes and consequences of, militarization, WILPF/PeaceWomen hosted renowned feminist scholar Cynthia Enloe at two events with our partners in New York and Princeton. Cynthia challenged participants to reflect on their own feminist analysis. Cynthia powerfully discussed and highlighted the huge gaps that remain-- particularly in the Conflict Prevention pillar of the WPS agenda – how we disarm, how we defund militaries, shift power relations, prevent violence, and prevent war. Cynthia's work continues to provoke and question, demanding we engage our 'feminist curiosity' when asking questions about institutional cultures that preference violence over discourse, and militarized assumptions that dominate how "security" is defined. Thank you Cynthia for your work, which consistently challenges and reinvigorates our thinking about how to advance peace, equality and feminism! Read more about the event.

This nexus between militarized domination and exclusion of women's rights is the focus of WILPF's official CSW statement for next year (CSW 57 in March 2013) which we submitted last week.

Since our last Enews, PeaceWomen also co-hosted an important event with Katherine Ronderos, President of WILPF section in Colombia and Adalgiza Charria, a prominent women's rights activist in Columbia. The women presented how they are now organizing and advocating for women's full and equal participation in the on-going peace talks, and the inclusion of women's rights in the process in the highly militarized and patriarchal society of Colombia. They are using Security Council resolution 1325 as a tool to call for the prioritization– and political prioritization - of gender equality as central to achieving sustainable peace. Read More about the event on Colombia.

As a reminder the Security Council's annual open debate on Women, Peace and Security has been postponed until Friday November 30th, 2012 under the Presidency of India. The Council did adopt a Presidential Statement on October 31st, 2012. The rescheduling was due to Hurricane Sandy and closure of UN.

In this edition's articles we look at the recent NGOWG annual report on the implementation on Women Peace and Security at the UN Security Council. We also highlight the PeaceWomen co-sponsored event on 1325 and women's exclusion from the Colombian peace process, the work of the Special Court for Sierra Leone, and the 16 Days campaign, which is just around the corner. In news, events and initiatives we feature Women Peace and Security related material, which includes the exciting news of Ghana launching its first National Action Plan on 1325 and the Pacific Islands developing a Regional Action Plan. 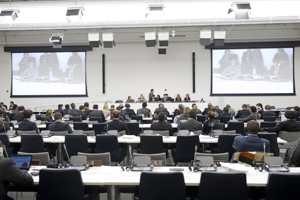 For November 2012, the Security Council will discuss several countries that are currently monitored by PeaceWomen. We anticipate that resolutions will be adopted on Sudan, the Democratic Republic of Congo, Bosnia and Herzegovina, and Somalia.

Mapping Women, Peace and Security in the UN Security Council

Monthly Action Points (MAP), which addresses pertinent issues on the Council's agenda, drawing on information provided by NGOWG members in the field about women's key concerns, then providing recommendations to the Security Council.

The MAP annual report serves as a shadow report to the “Annual Report of the Security Council” analyzing the Council's work for effectiveness through the lens of Women, Peace and Security, and providing recommendations and guidance for improvement.

Examining situations of political change, conflict and violence the 2011/2012 report “Mapping Women, Peace and Security in the UN Security Council,” examines the 12 month period from 1 August 2011 through 31 July 2012 and finds that though there are areas of significant normative progress, the necessary and consistent action by the international community remains acutely insufficient. 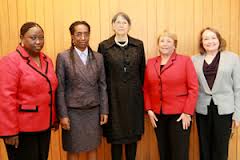 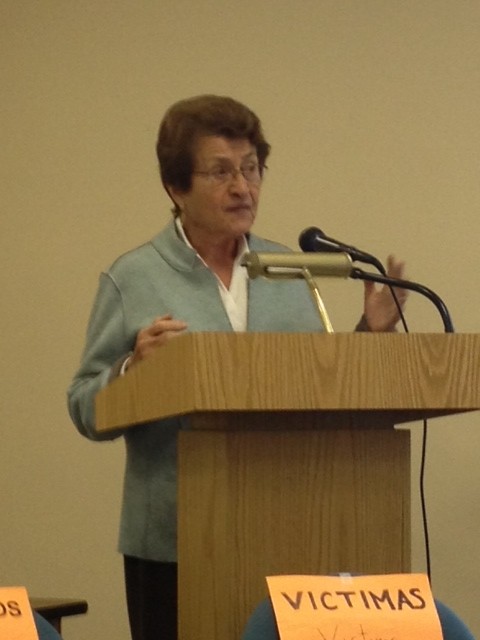 Women and Militarization Before, During and After Wars 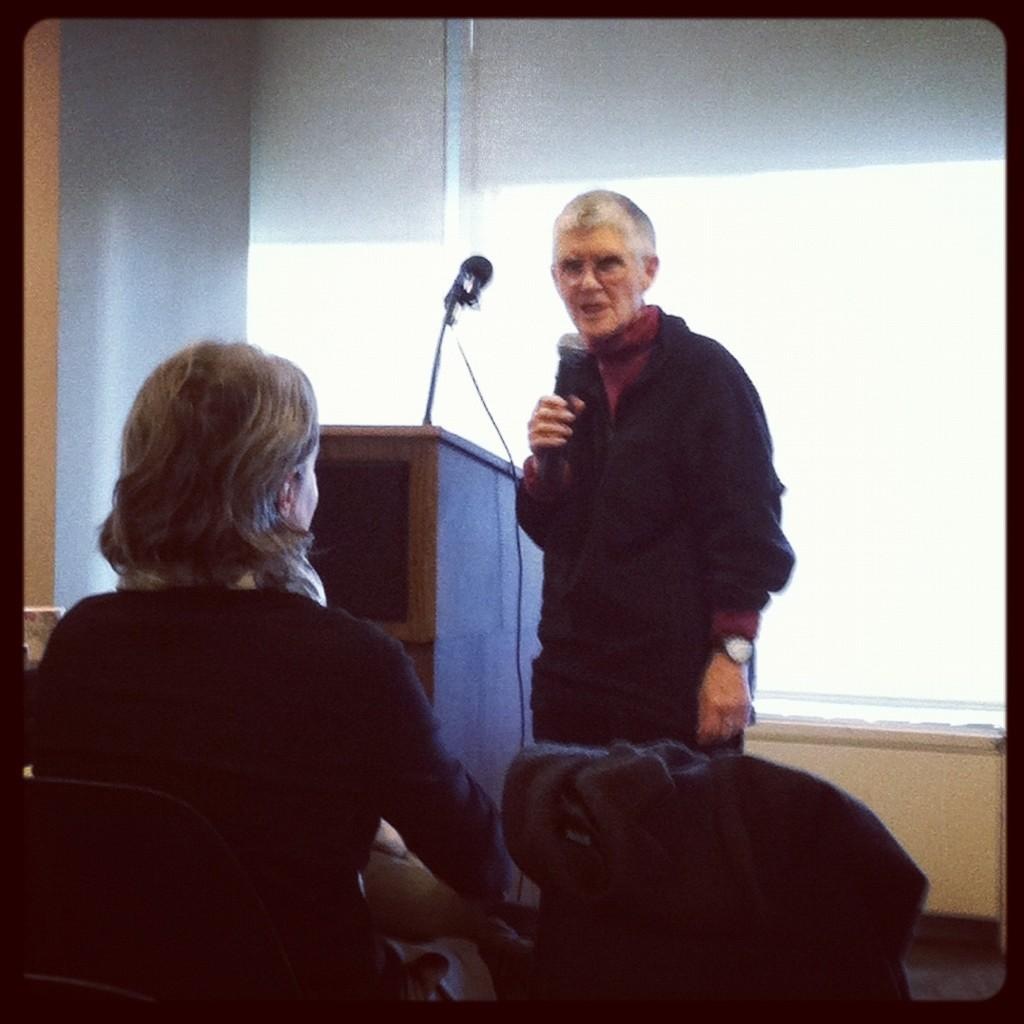 On 14th November 2012, PeaceWomen in partnership with the Liechtenstein Institute on Self-Determination and Permanent Mission of Liechtenstein were pleased to host Professor Cynthia Enloe, research professor at Clark University (and WILPF member), as a part of a new lecture series on the Women, Peace and Security (WPS) agenda.

Professor Cynthia Enloe is a pioneer in the field of feminist international relations. Her work has illuminated the exploitation of women, femininities and masculinities in political, globalization and militarization processes. From the factory floor to the lives of military wives – her work has been revealed how imperative it is to maintain a ‘feminist curiosity' and to take the lives of women seriously.

Professor Enloe spoke to the importance of assumptions, as they are the “things that go unsaid but motivate people”. She challenged participants to examine their own assumptions, and to reflect on how we may investigate, expose and challenge the assumptions of those we seek to influence in advocating for the implementation of WPS our every day practice. 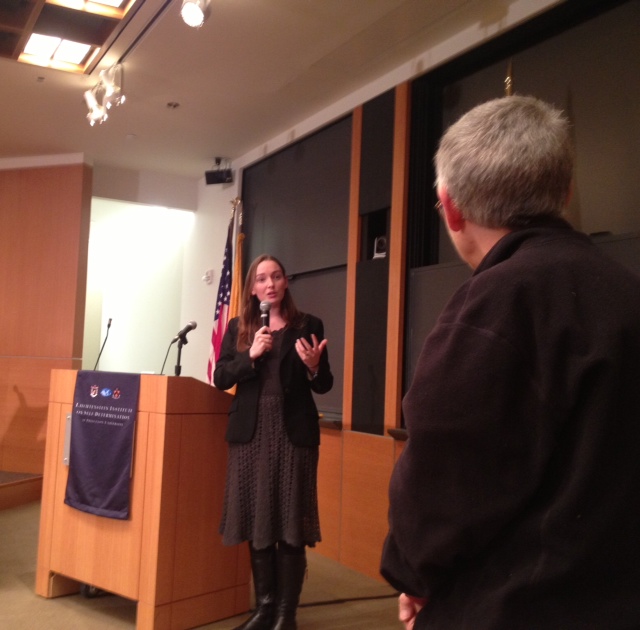 She emphasized that “security” and the making of insecurity/security is a process, one that is deeply gendered, and often hinged on women's silence about their own experience of insecurity.

Speaking to an audience of practitioners and experts from civil society, the UN and member states, her presentation challenged, provoked and invited us to reflect upon and develop our own practice. It was a fantastic opening to our new lecture series on the Women, Peace and Security (WPS) agenda, and we look forward to more engaging events over the coming months! 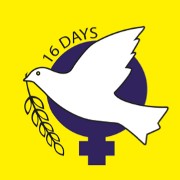 The 16 Days of Activism Against Gender Violence “From Peace in the Home to Peace in the World: Let's Challenge Militarism and End Violence Against Women!” is just around the corner!

The connection between violence against women and militarization has been a core of WILPF's agenda for almost 100 years (see WILPF's ongoing campaign “You get what you pay for”), and 11 WILPF sections from around the world are planning actions for this years campaign.

We also encourage you to share your own actions with us, so that we can feature your activism on the PeaceWomen website.

Don't have any actions planned, but want to get involved? Here are the steps WILPF suggests to get you started:

Step 4: Read WILPF's “You Get What You Pay For”

Step 5: Start your own country or global analysis on Military spending & gender violence

Step 6: Report your findings to WILPF and the Center for Women's Global Leadership (16 Day Campaign)

The campaign runs from November 25, International Day against Violence against Women, through December 10, International Human Rights Day – so there is still time to get on board.