Noble Prize for Women and the Whistleblower (movie) at the UN

This 130 edition of PeaceWomen ENews features update on the Opening of the 66th Session of the General Assemble, 1325 Commitments, a statement from WILPF Nigeria, 16 Days campaign, women, peace and security news, events and resources from peacewomen.org.

This month the global women's movement celebrated three women awarded the Nobel Peace Prize – Ellen Johnson Sirleaf Liberia's first female President, Leymah Gbowee Liberia's peace activist, and Tawakkul Karman Yemenese opposition activist. WILPF and the PeaceWomen Project congratulates the new Laureates for their leadership and dedication to peace, human rights and equality; and for receiving the 2011 Nobel Peace Prize. To date, only 12 other women were awarded the Nobel Peace Prize including WILPF's first International President Jane Addams. The Noble Prize is an acknowledgment of their respective achievements and "nonviolent struggle... for women's rights to full participation in peace-building work", and to all women who strive for peace, equality and security in their communities.

Also noteworthy, the chairman of the Nobel Peace Prize committee, Thorbjoern Jagland, placed their achievements within the context of the United Nations Security Council Resolution 1325 on Women, Peace and Security.

As we approach the 11th anniversary of Resolution 1325, WILPF calls for this moment to be a turning point in the support for women peace activist and to see a real shift in political will to prioritize women's rights and participation in peace resolution and peace building. 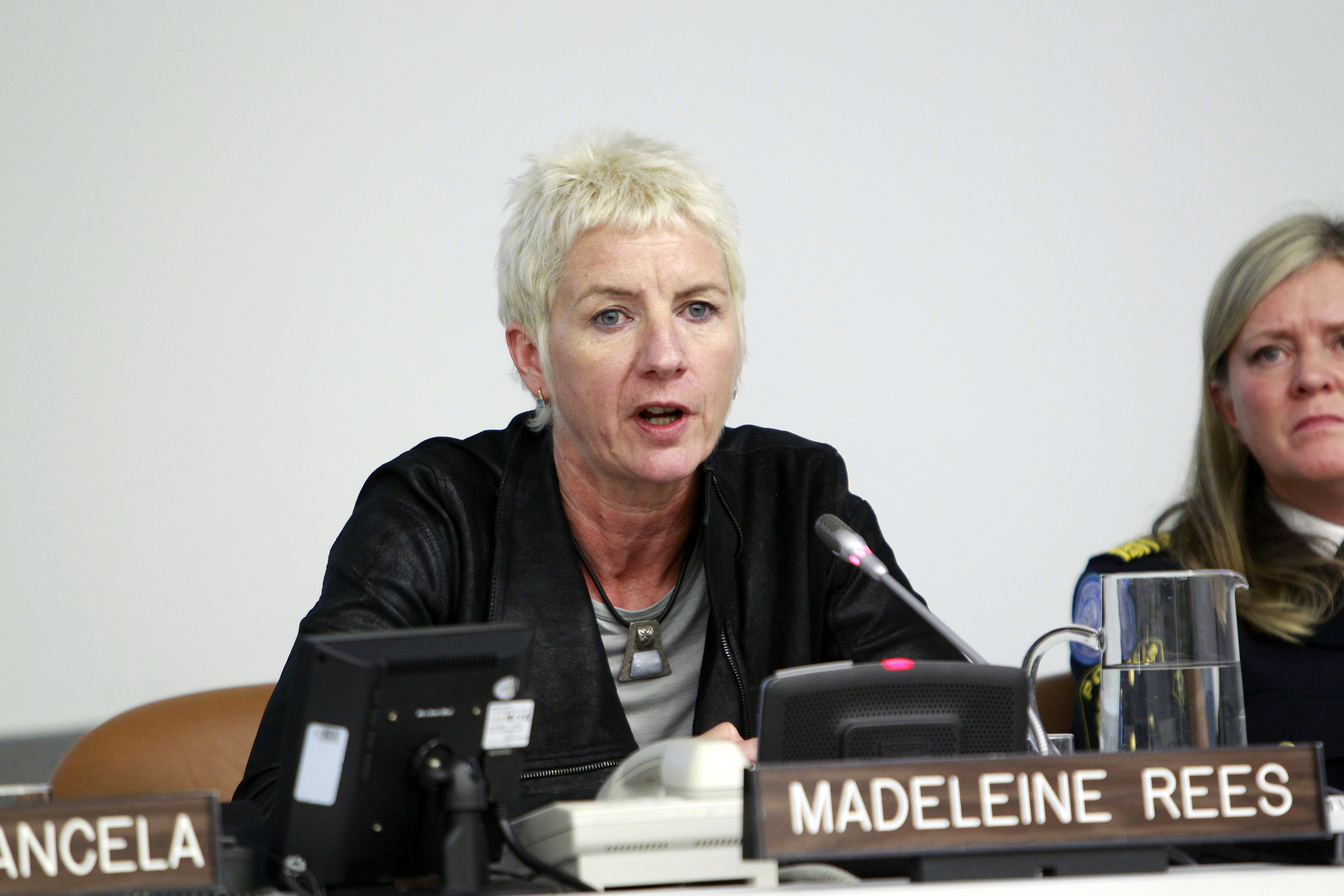 On Friday 14 October, the Whistleblower was screened in the UN Headquarters after consistent pressure from the film's Director Larysa Kondrack and other members of civil society. Hundreds of UN staff, diplomats and civil society attended the panel discussion which included our own WILPF Secretary-General, Madeleine Rees, the UN Secretary-General, and high-level UN officials and advisers were part of the event. Madeleine, as always, spoke honestly about sexual exploitation, abuse, trafficking, and what ways to move forward. Larysa delivered one of the most refreshingly direct statements inside the UN that I have seen. I was very proud of Madeleine and Larysa for their courage and commitment! (Click here to view the Panel Discussion)

I traveled the United States this month as facilitator of the ongoing civil society consultations on the US National Action Plan (NAP). US-WILPF is pursuing in this historic dialogue to not only input recommendations to the NAP but also, and equally important, to gather women to transform the process of engagement and consultation. As Jane Adams said, “social advance depends as much upon the process through which it is secured as upon the result itself.” Four civil society consultations have taken place in Milwaukee, Detroit, San Diego, and Portland calling attention to both local, national, and international problems; and included input from diverse participants such as trafficking survivors, immigrants, academics, military families, veterans, and community leaders. The fifth and final consultation will take place in Boston on 22 October.

October, of course, marks the 11th anniversary of the passing of Security Council Resolution 1325. There will be the annual Security Council Open Debate on October 28th focusing on the theme of “Women's participation and role in conflict prevention and mediation”. Nigeria holds the Presidency of the Security Council for the month of October and WILPF, in part highlighting the newly established WILPF Nigeria Section, and linking the international and local, WILPF issued a statement available here calling on Nigerian authorities to address gender inequality and the causes of violence against women at local and national levels in Nigeria.

Lastly, I want to remind all that the 16 days campaign is approaching and WILPF aims to have 16 sections participate. All are encourage to take part, please visit here for info.

Also a reminder for US readers that the PBS documentary series, “Women, War and Peace” is currently screening every Tuesday. Please visit here for details.

Tuesday September 13, 2011 marked the opening of the 66th General Assembly, resided by his Excellency Mr. Nassir Abdulaziz Al-Nasser of Qatar. For two weeks, heads of state, foreign ministers, and other high-level representatives had the opportunity to address the entire international community with their concerns, priorities, and opinions about a variety of topics during the General Debate of the 66th General Assembly under the theme of “Strengthening the role of mediation in the peaceful settlement of disputes, conflict prevention and resolution”. This year's theme was especially relevant to the Women, Peace and Security agenda which seeks to promote the participation of women in peace processes and negotiations. Gender oriented references are important in order to promote a more inclusive mediation process and a widened interpretation of security.

WILPF monitored the debate and analyzed statements for gender and disarmament references which were then uploaded on the website according to their theme. The PeaceWomen project also created a master document that contains all the gender references that were made during the debate along with a gender index.

View the Statements and extracts according to theme

One year after the 10th anniversary of UN Security Council Resolution 1325 (SCR 1325) and the launch of the Commitments Initiative, the Women's International League for Peace and Freedom (WILPF), has reviewed progress and gaps on national commitments.

We selected 15 WILPF sections from different regions to participate in this review process.

The review found that the majority of commitments were neither concrete or time-bound as anticipated by civil society. From those reviewed, the majority of the commitments were not realized by Member States. Out of the 15 evaluations, 11 stated that the commitments were not fully realized and cited only partial completion. A small number of WILPF sections reported no progress. These failures are the consequences of a reported lack of political will, lack of resources, failure to timely prioritize implementation, and unsuitable commitments. Despite these draw backs, WILPF witnessed a good example of how civil society, through the commitments initiative, was able to achieve results. The WILPF section review also resulted in the realization of emerging themes and WILPF analysis on broader SCR 1325 implementation.

WILPF Nigeria, founded in 2009, officially became a WILPF section at the Costa Rica Congress in 2011. Joy Ada Onyesoh is the current WILPF-Nigeria President. This section meets once a month and holds annual national meetings. Members conducts various programs and seminars in order to enhance the groups focal areas: building membership and understanding of WILPF vision, capacity building, investing in peace, building alliance with other sections, and developing African regional cooperation. 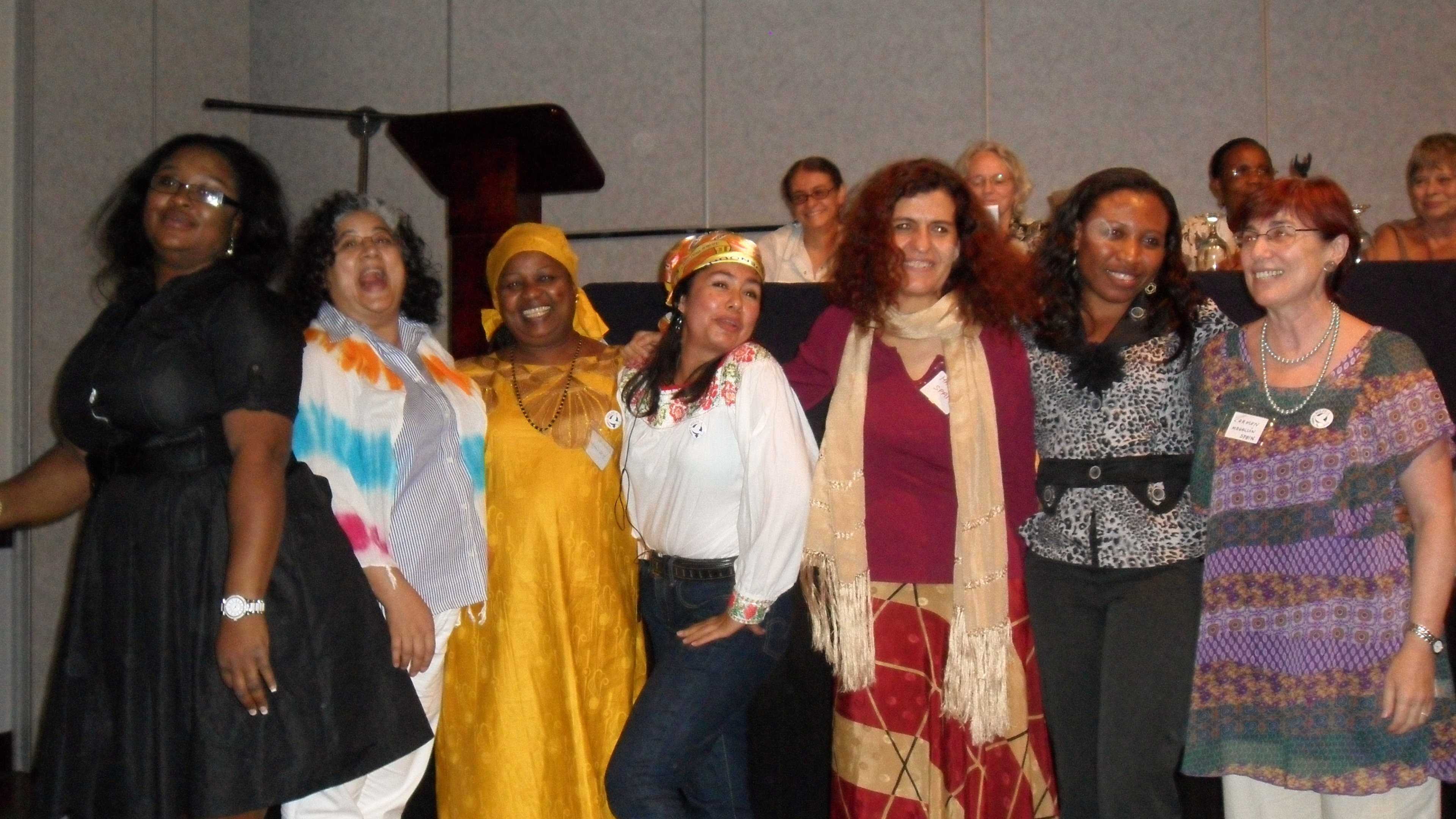 WILPF Nigeria prepared a statement as Nigeria takes the Presidency of the UN Security Council in October 2011 which will host the annual Women, Peace and Security Open Debate. They have underlined the need for specific and immediate actions in many countries, some specific to Nigeria, to ensure security, promote equality, and protect women's rights.

“Today in Nigeria, our sisters, daughters, and communities experience many challenges and insecurities including violations of our rights, as well as marginalization and discrimination. Gender inequality and violence against women continues unabated and is characterized by the lack of justice and normalization of inequality across the country...in order to prevent further deterioration of women's rights, we must unite to tackle the root causes of violence. We must redefine our perception of what security means to us and use it as a framework for addressing inequality.

We, the women of the Nigerian WILPF section and WILPF sections around the world, call on all actors, particularly the Nigerian authorities, local and national, to address inequality and the root causes of violence against women

The 16 Days of Action against Gender Violence is a global campaign initiated by the Center for Women's Global Leadership (CWGL) at Rutgers University and is taking place from November 25th to December 10th, 2011.

WILPF's mission, values and strategy are particularly related to this year's 16 Days Campaign theme. The 2011 Campaign theme is “From Peace in the Home to Peace in the World: Let's Challenge Militarism and End Violence Against Women!”

WILPF initiative in 2011 Campaign is titled: “Blow the Whistle to Redefine Security”. WILPF encourages all sections and members to take action during the 16 days of activism.

PeaceWomen is alarmed at the increasing number and frequency of reports of violence against women in South East Asia. 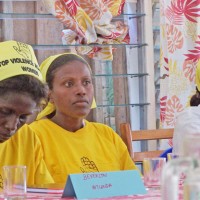 n the brutal tactics of the Burmese government against its civilization population, specifically the use of rape as a weapon of war. Visit the PeaceWomen News Library to see the variety of news reports confirming the use of these tactics against women. We call on the Burmese government and all relevant actors to bring an immediate end to the use of violence against women and encourage the rehabilitation and participation of women in future national peace-building.

We do however want to also highlight the various reports from South East Asia region indicating the empowerment and participation of women in addition to a growing awareness initatives. PeaceWomen encourages the work of the governments of Australia, Soloman Islands, Fiji, and Papua New Guinea; civil society, and women in these countries who strive for gender equality and participation. Browse the PeaceWomen Country and Regions Library.
Reports / Policy Briefs / Resources:
Right Now! – Women with Disabilities Build Peace Post-Conflict
Make Room for Peace – A Guide to Women's Participation in Peace Processes
Monthly Action Points on Women, Peace and Security Council: October 2011
A Place at the Table: Safeguarding Women's Rights in Afghanistan
Intersections of Violence Against Women and Militarism
External Initiatives:
PACIFIC: Suitcase Radio Successfully Installed
Give Women the Seeds and They Can Feed the World
'Blood Mineral' Trade Short Film Premieres in London
Engaging Boys and Men as Allies for Long-term Change
Sisters Doin' it For Themselves
Pre 2015 Events:
The Role of Women in Promoting Peace and Development in the Horn of Africa
On the 10th Anniversary of the U.S. war, an underground activist tells the real story of the Occupation & Afghan Resistance
Taking Women Beyond 1325
Pre 2015 News Stories:
MYANMAR: Military guilty of rape, activists say
AFRICA: African Women Prepare for a Bigger Role in Peacemaking
MIDDLE EAST: Who are Middle East's Most Influential Women?
AFRICA: Gender Equality, Why Involving Men is Crucial
PAKISTAN: Guns Aimed Increasingly at Women
INTERNATIONAL: The price of oppressing your women
SOUTH AFRICA: More Dangerous to Be a Woman than a Soldier
AFRICA: Winning Peace After the War is Over
AFGHANISTAN: Looming Threat to Afghan Women's Rights
SYRIA: Syrian Woman Activist Wins Human Rights Award
INTERNATIONAL: Nobel Peace Prize to Women Peace Activists
LIBERIA: Nobel Laureate Seeks Re-election in Fateful Polls
PAKISTAN: UN expert urges States to prevent violence against women
HORN OF AFRICA: Refugees Confront Trauma and Sexual Violence
BACK
TO TOP