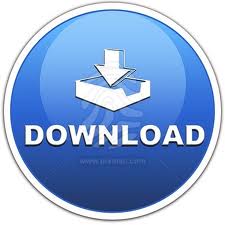 World military expenditure in 2010 was more than $1,630 billion (SIPRI). That is $4.5 billion per day! April 12th marks the Global Day of Action on Military Spending. WILPF partnered on the Global Day of Action on Military Spending, which coincided with the release of Stockholm International Peace Research Institute(SIPRI)'s new annual figures on world military expenditure. On April 12th, WILPF's sections joined people around the world in drawing public, political, and media attention on the costs of military spending and the need for new priorities (Read about WILPF Sweden, UK, Germany, Aotearoa). 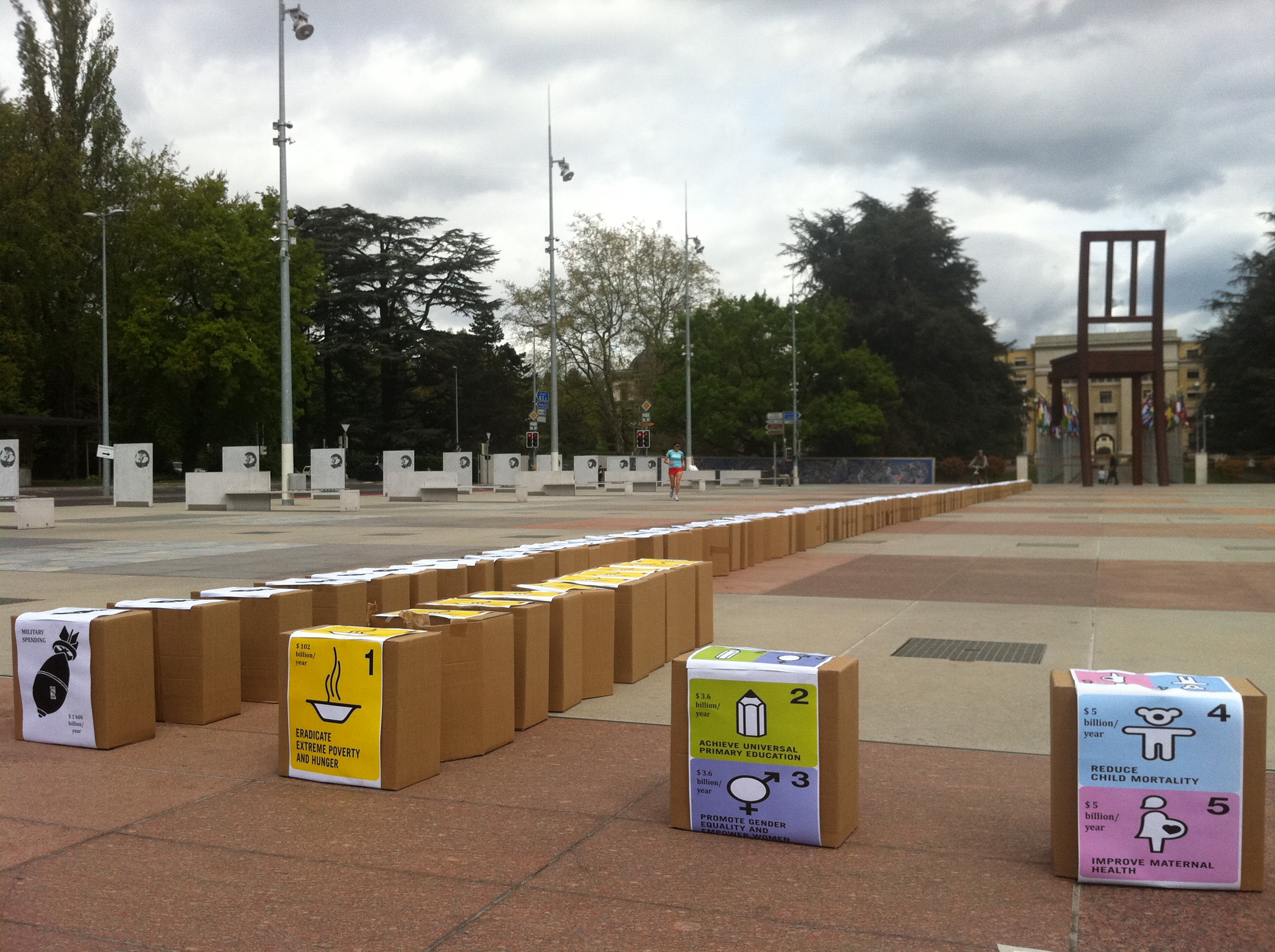 WILPF challenges militarism by calling on governments to stop spending disproportionate financial, technological, and human resources on militaries and demands governments invest in peace. WILPF has and continues to reinforce the message that the Women, Peace and Security resolutions are anchored in the call to prevent conflict. Today with numerous crises facing the planet—conflict, economic, environmental, food, water, health, energy—it is imperative to build on WILPF's call to shift money wasted on excessive military spending to human needs and rights.

Please read our April 12th statement on the Global Day of Action on Military Spending. Check out resources on PeaceWomen.org and Reaching Critical Will. Join WILPF. Get planning and involved in the 2011 16 Days of Activism Against Gender Violence Campaign to define the linkages between militarism and violence against women.

The Global Day of Action on Military Spending fell on the same day as the inaugural briefing and closed consultation of the Security Council by the new Head of UN Women, Madame Bachelet. We continue to support the new entity and encourage UN Women to create space and take measures to tackle not only the consequences of conflict but key security issues such as military spending and the causes of conflict. The Security Council will also receive a briefing and update on the work of the UN Secretary-General (SRSG) on Sexual Violence in Conflict, Margot Wallstrom, this week. To read more about the latest resolution on Sexual Violence, see PeaceWomen Security Council Monitor Debate Watch. 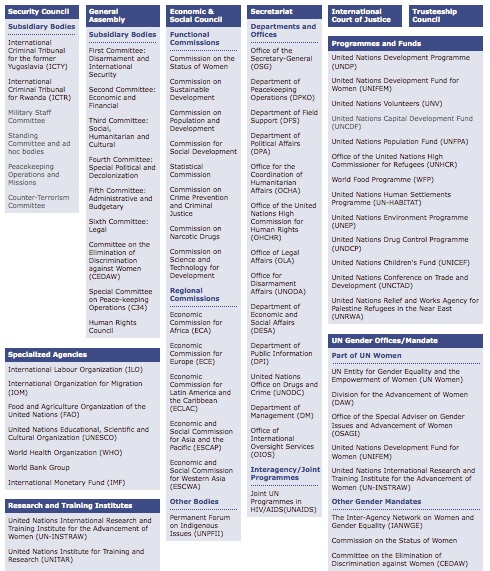 In addition to monitoring the Security Council, PeaceWomen believes it is important to focus on implementation by other UN actors. To that end, PeaceWomen has created a mapping and monitoring initiative to track the broader UN system's implementation of SCR 1325, and through such unique contributions, we aim to promote coherence, transparency and accountability within the UN system and address the lack of a systematic approach to women, peace, and security issues.

Using the UN system map, users can view each UN entity and access their policies, action plans and reports.

The month's featured resource is the UN Women's Global Virtual Knowledge Centre to End Violence against Women and Girls. It is an online resource aimed at helping the needs of policymakers, programme implementers and other practitioners dedicated to addressing violence against women and girls. One of UN Women's focus areas is Violence Against Women, and like the new agency, Violence Against Women forms part of PeaceWomen's framework to organize our women, peace and security resources for ease of reference and understanding.

Featured news this month includes the surrender of Côte d'Ivoire's former president, Laurent Gbagbo to forces loyal to President Alassane Ouattara on April 11th 2011. On April 12th 2011, Secretary-General Ban Ki-moon has urged Côte d'Ivoire's President Alassane Ouattara to ensure that there is no retaliation against supporters of his predecessor Laurent Gbagbo, who surrendered yesterday after months of defying the outcome of the election he lost. The UN peacekeeping mission in Côte d'Ivoire (UNOCI) will continue to provide necessary support to the Ivorian Government to restore law and order to avert the risk of a security vacuum.

In other news, women's organisations and the UN Secretary-General Ban Ki-moon continue to voice concern about the escalating violence in the Middle East, with Palestinian militants firing rockets into southern Israel and Israeli military forces carrying out subsequent strikes in the Gaza Strip. Concern has also been expressed about the reports of civilian casualties from Israeli operations in Gaza and calls for maximum restraint. UN Secretary-General urges respect for international humanitarian law and calls for de-escalation and calm to prevent any further bloodshed.

Partners around the world have helped us translate SCR 1325 into over 100 languages already.

Join our "Speak Local Campaign" today. PeaceWomen needs your help to translate SCR 1820 into your language! to promote local ownership a

nd women's participation in conflict prevention, protection and peace-building. Your work will be acknowledged on our site and will help raise awareness.

For more information, please click here. If you have any questions or suggestions regarding translations, or if you would like to submit a translation to us, please e-mail us at: translations@peacewomen.org.

Madeleine became certified as a lawyer in 1990. Four years later, she became a partner in a large law firm in the UK specializing in discrimination law, particularly in the area of employment, and public and administrative law. Madeleine brought cases both to the European Court of Human Rights and The European Court in Luxembourg. She was cited as one of the leading lawyers in the field of discrimination in the Chambers directory of British lawyers.

Madeleine has been leading WILPF for 11 months as Secretary General and speaking at numerous conferences. Read WILPF statements online.

The following video is about an upcoming movie "The Whistleblower" which premiers this summer. Madeleine Rees is portrayed by Vanessa Redgrave in Laryssa Kondracki's film "The Whistleblower," about Nebraska cop Kathryn Bolkovac's experience in Bosnia uncovering sex trafficking.

Stay in tune for next month's Who's Who featuring another key WILPF member!

In other UN Women news, Ms. Bachelet delivered a speech at the 5th Global Colloquium of University Presidents at the University of Pennsylvania on April 5th 2011. During her remarks Bachelet explained that higher education is considered a privilege of the elite, but gives women options, empowers them to be independent thinkers and agents of change. Ms. Bachelet also refers to a study where only 16 percent out of a total of 585 peace agreements contained any reference to women at all (between 1990 and 2010), while only 3 percent of these peace accords contained a reference to sexual or gender based violence. Further, in only 6 ceasefire agreements, has sexual violence been identified as a ceasefire violation.

A few days later on April 7th 2011, Ms. Bachelet makes her first trip to the United States capital as the UN Women Executive Director. During her visit, Ms. Bachelet commended the US on prioritizing efforts to end violence against women in domestic and foreign policy and also through financial support to the UN Trust Fund to End Violence against Women, managed by UN Women on behalf of the UN system.

More recently, Ms. Bachelet was the closing keynote speaker at the Women's Funding Network Global Conference in New York on April 9th 2011. On the same day, she delivered a speech at the Interactive Thematic Debate of the General Assembly on the rule of law and global challenges.

Ms. Bachelet briefed the UN Security Council on April 12th on current situations of concern, including Côte d'Ivoire, and other related matters to her mandate on peace and security. 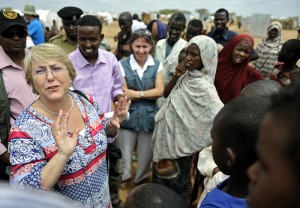 This month's upcoming events on Women, Peace and Security are as follows:

The NGO Working Group on Women, Peace and Security has released the April 2011 version of our Monthly Action Points (MAP) on Women, Peace and Security for the UN Security Council. For April, in which Colomia has the Security Council presidency, the MAP provides recommendations on country situations such as Chad and the Central African Republic, Cote d'Ivoire, Sudan, Darfur, Kosovo, Libya, Sri Lanka, Western Sahara, and the Middle East and North Africa. 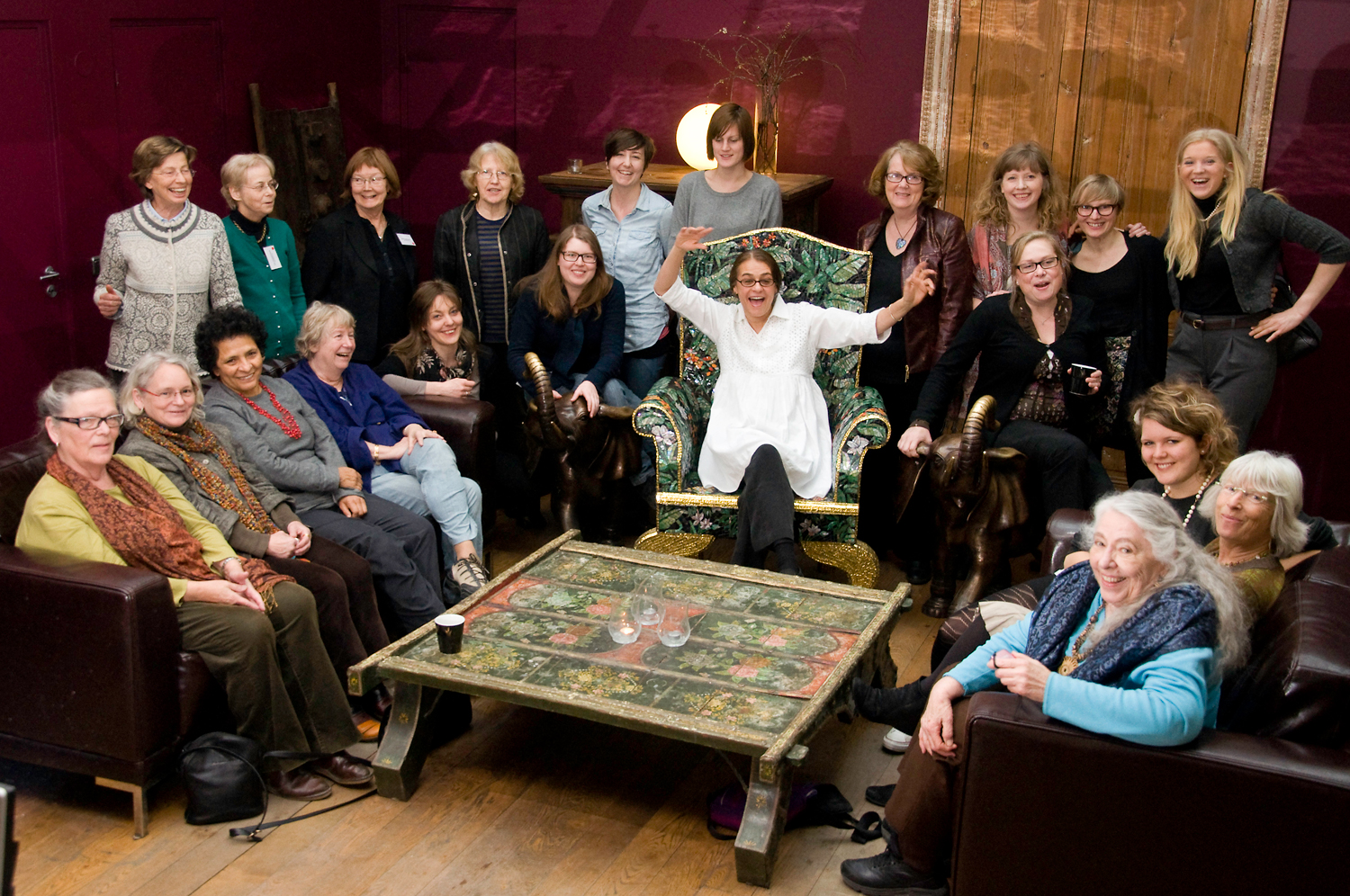