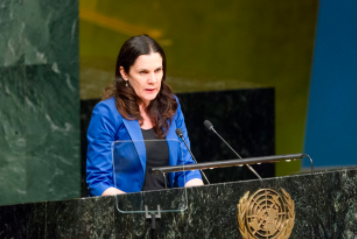 Dalia Leinarte, Chair of the Committee on the Elimination of Discrimination against Women (CEDAW), addresses the opening meeting of the sixty-first session of the Commission on the Status of Women (CSW). (Photo: UN Photo/Rick Bajornas)

On 14 July 2017 the Committee on the Elimination of Discrimination against Women (CEDAW) adopted General Recommendation No. 35 (GR35) on gender-based violence against women.

Twenty-five years after General Recommendation No. 19 (GR19), which historically identified gender-based violence as a form of discrimination and violation of women’s human rights, GR35 further strengthens understanding of systemic obstacles, affirming gender-based violence against women as a "social - rather than individual - problem, requiring comprehensive responses, beyond specific events, individual perpetrators and victims/survivors".

WILPF research shows the importance of preventing gender-based violence by addressing both state and non-state institutions, which valorise violence over non-violence and invest in and allow transfers of arms through the systems of militarisation. Our shadow reports to the CEDAW Committee for reviews of Germany, Italy, Spain, Sweden and France show how weapon transfers facilitate and exacerbate gender-based violence or violence against women in other countries, in violation of the human rights obligations that extend beyond state borders. The WILPF shadow report to the CEDAW Committee for review of Ukraine also shows how austerity measures that are part of lending conditionalities by the International Monetary Fund (IMF) have a disproportionate impact on women, including by contributing to the feminisation of poverty, the deepening of gender inequalities, and around survival sex, freedom of movement and access to justice.

Reflecting our recommendations, the CEDAW Committee explicitly recognises in GR35 that violent masculinities, political economies of war and proliferation of small arms and light weapons (SALW) contribute to the explicit or implicit social acceptance of gender-based violence against women and the widespread impunity for it, including in developed countries, where women continue to face violence even outside of recognised conflict situations. The Committee further draws attention to the fact that "significant reductions in public spending, often as part of 'austerity measures' following economic and financial crises, further weaken the state responses", adding that "in the context of shrinking democratic spaces and consequent deterioration of the rule of law, all these factors allow for the pervasiveness of gender-based violence against women and lead to a culture of impunity".

Building on the Committee’s growing jurisprudence on the need for Member States to robustly regulate arms transfers and address arms proliferation, GR35 recommends that Member States address "factors that heighten women’s risk of exposure to serious forms of gender-based violence, such as accessibility and availability of firearms, including their exportation […]". It is significant that the Committee included this element in GR35, since accessibility and availability of firearms can facilitate or exacerbate gender-based violence.

GR 35 further recommends national action that prioritises Sustainable Goals 5 (on gender equality) and 16 (on peaceful and inclusive societies) as part of gender responsive and civil society-inclusive implementation of the Sustainable Development Goals (SDGs). As WILPF has brought attention to at this year’s High Level Political Forum, this will be particularly important in addressing SDG trade-offs in a way that promotes policy coherence based on women’s human rights commitments.

WILPF welcomes GR35 as an authoritative guidance on implementation of Member States’ obligations under CEDAW. GR35 is an important tool for advocacy, including on the Women, Peace and Security Agenda.

It is necessary to utilise this tool to continue holding Member States accountable.

By Katherine Ronderos, President of WILPF section in Colombia 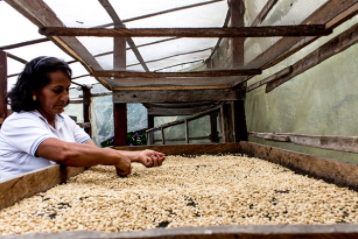 The peace process in Colombia has demonstrated a significant “good practice” in bringing women to the table and including women’s rights issues in the Peace Agreement between the Colombian Government and the guerrilla group FARC-EP. However, peace is not a paper but a process, and this is just one step. Continued action is critical for peace in Colombia, especially on women’s participation and rights, where women human rights defenders face ongoing and particular threats.

As part of its work to strengthen local women in local peacebuilding, LIMPAL (WILPF Colombia) started the project “Women Coffee Farmers Build Peace in Three Regions Affected by Conflict in Colombia” with several of its partners. This initiative promoted peace by building networks of local women, including survivors and ex-combatants, through economic empowerment around coffee cultivation and capacity-building on women’s rights and Women, Peace and Security issues. The initiative bridged economic justice and gender analysis with campesino/rural women, whose rights and power have been ignored, toward women’s work to achieve long-lasting and sustainable peace.

The Situation in the Middle East and the Palestinian Question 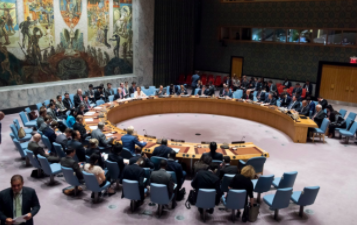 A wide view of the Security Council meeting about the situation in the Middle East, including the Palestinian question (Photo: UN Photo/Kim Haughton)

On 25 July 2017 the Council's president, the People's Republic of China, convened the Security Council Open Debate on the “Situation in the Middle East”. The debate provided an opportunity for speakers to exchange views on how to best support the Middle East peace process following the recent escalation of violence in East Jerusalem and the West Bank. Similarly to the previous debate on this topic, the speakers highlighted the role of the Israeli-Palestinian conflict in de-stabilising the situation in the region and demanded the cessation of all hostilities to facilitate the return to diplomatic solutions.

Overall, the debate lacked any substantive gender perspective, with only 7 percent of speakers referring to the protection needs of women and girls in the region. The overtly politicised nature of the discussion was superseded by the fundamental failure to address the root causes of conflicts in the Middle East, namely: militarisation, authoritarianism, inequality and oppression of marginalised populations such as women and girls. Only a few, including the representative of Costa Rica, reiterated that military response is not a real solution and peace must be built using tools of diplomacy and multilateralism, instead of violence and destruction.

NAP Update: Are Member States Prepared for the UNSCR1325 Anniversary? 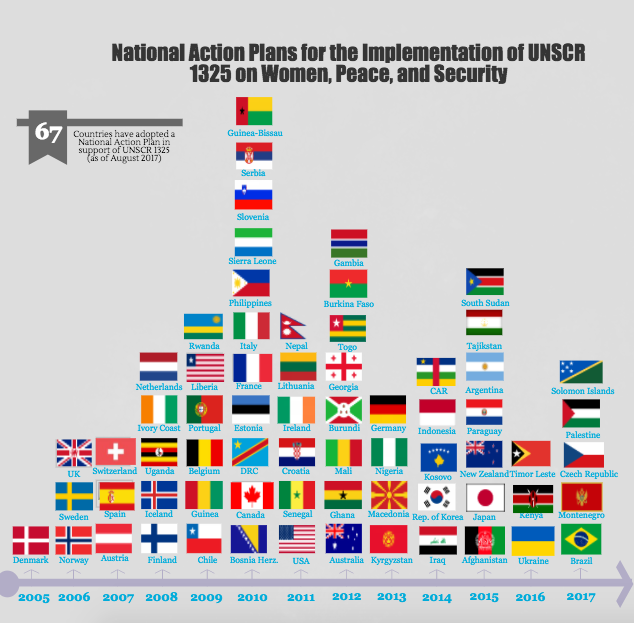 As Member States prepare for the 72nd General Assembly General Debate in September and the 17th Anniversary of UNSCR 1325 in October, they should plan to share information on how they are scaling up action on the implementation of UNSCR 1325 National Action Plans (NAPS).

As of August 2017, 67 countries have launched their NAPs, and several Members States are in the process of reviewing and updating their NAPs (i.e.: Canada and Macedonia). Of the NAPs adopted to date, 12 NAPs have sustained and allocated budget. In the majority of cases, the NAPs however only mention specific departments in charge of the implementation. Only 17 NAPs recognise the need to strengthen disarmamentand women’s involvement in these efforts. Sadly, many NAPs demonstrate the intention of the governments to position women as key participants in the country’s defense sector.

While developing statements to the UN General Assembly and Security Council in the upcoming months, Member States should consider highlighting the structural barriers to the UNSCR1325 implementation, including by addressing updates on 2015 WPS Commitments, on UNSCR 1325 NAP financingand on how national action on 2015 Sustainable Development Goals (SDGs), ensuring policy coherence with WPS commitments and goals gender equality (SDG 5) and peace (SDG 16).