Weapons, War and Women: Enabling Feminist Movements and Peace in the MENA Region 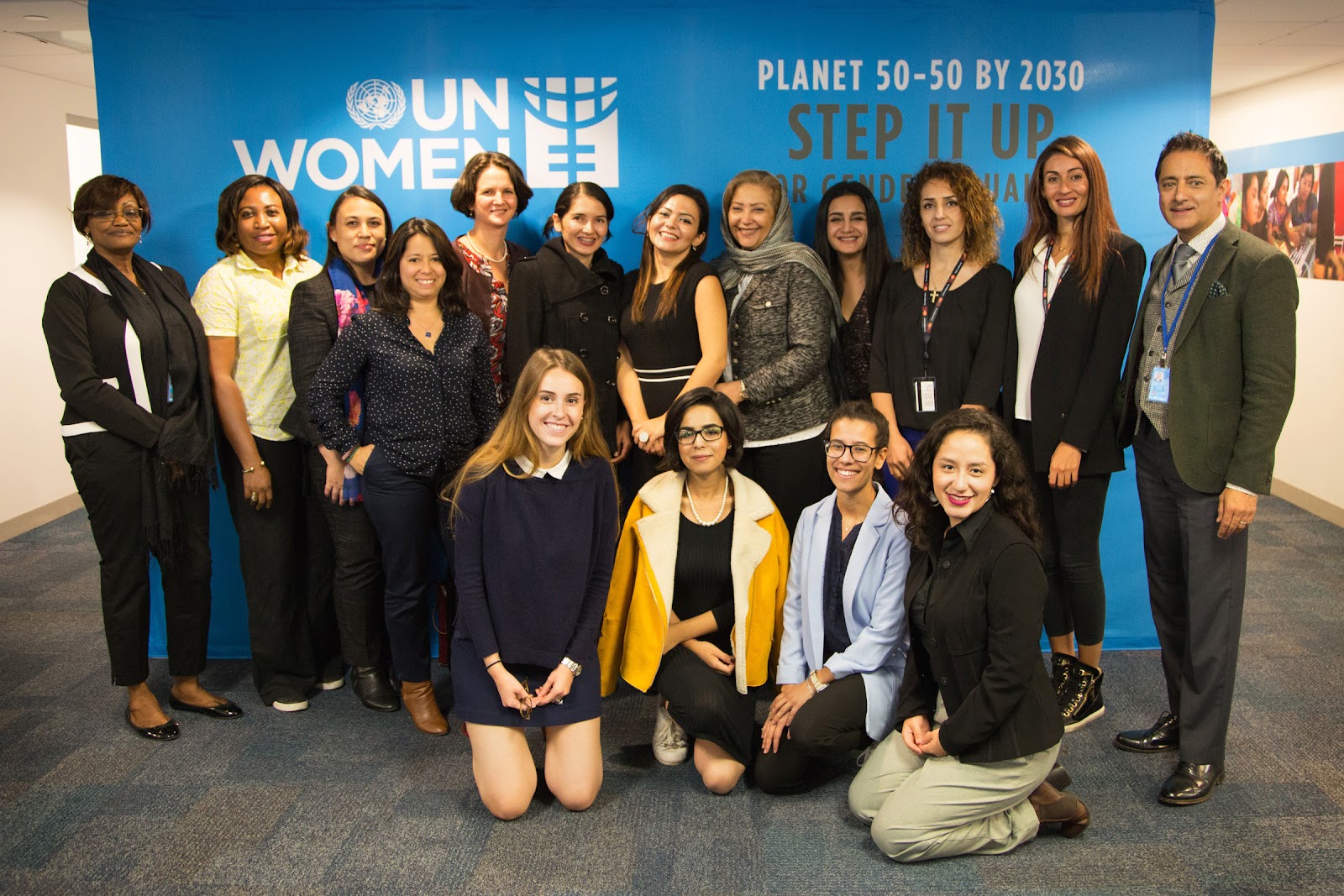 On Wednesday, 25 October 2017, WILPF, Oxfam, UN Women and the Permanent Mission of the United Kingdom to the United Nations co-hosted a panel titled “Weapons, War and Women: Enabling Movement for Peace in the MENA Region”. It provided a forum to exchange locally-driven experiences and good practices, share recommendations for what the United Nations (UN) Security Council and Member States can do to realise their Women, Peace and Security obligations and commitments and support an enabling environment for women’s meaningful participation in peace processes at all levels in the Middle East and North Africa (MENA) region.

The Women, Peace and Security (WPS) Agenda is a powerful tool for moving from exclusive to democratic decision-making, from gender inequality to gender justice and from conflict and violence to sustainable and feminist peace. It obligates the Security Council, UN agencies and Member States to accelerate women’s meaningful participation, protection and rights across the conflict spectrum, including by strengthening gender analysis, prevention and accountability. The recommendations of the Global Study on UNSCR 1325 have already demonstrated that equal participation of women in peace processes increases the sustainability of peace.

The unresolved conflicts across the MENA region, however, continue to demonstrate chronic challenges to implementing the WPS Agenda in conflict settings, providing an enabling environment for the feminist movement and achieving sustainable and feminist peace in the region.

The speakers identified several current challenges for women in the MENA region, including the prevalence of patriarchal values that institutionalise militarised masculinity, the proliferation of arms, the lack of accountability and the enabling environment for exploitation and violence. Occupation in Palestine, protracted humanitarian crisis in Yemen, heightened militarisation in Iraq, as well as the absence of the rule of law in Libya, are all conditions that directly or indirectly induce sexual, gender-based and other forms of violence that impact women disproportionately and prevent their effective and meaningful participation. While the political and security contexts differ in all four countries, there is nevertheless an explicit similarity in how global policies and international responses are manifesting locally, as well as how they are disproportionately affecting women in general and women-led local civil society, particularly human rights defenders.

Women-led civil society and the feminist movement, being at the forefront of peace work across the MENA region, has developed specific proposals on how to shift the focus from conflict response to conflict prevention, from militarised security to human security, from disaster and famine to feminist peace on the basis of the legal and consensus-based international frameworks, as well as existing good practices. In Iraq, women-led organisations are working with the government to improve the crisis response and their recovery strategies, as well as increase women’s participation at all levels. In Palestine, women’s meaningful participation is increasing due to the work of non-governmental organisations that build the capacity of women in society and raise awareness of women’s rights and participation, including in elections. In Libya, women-led organisations share experiences of other women in conflict. These experiences are essential for creating informed peace and security decisions and sensitise communities on the WPS Agenda. In Yemen, women have been calling for establishing a Joint International Investigation Commission in partnership with women-led civil society, which should be independent to support accountability and facilitate bringing justice to victims and ending impunity.

However, these achievements mean very little without international, regional and national support. As one participant noted, “women’s capacity is not enough to make [women] influential”. In this regard, the panellists encouraged the international community to provide technical, financial and logistical support for the feminist movement to strengthen their existing work and ensure that forging new partnerships is possible. Spaces for exchanging ideas within women’s civil society organisations in the region should be provided in order to ensure that women from Libya and Yemen have a chance to exchange ideas with activists in other North African communities and build a stronger feminist movement. Finally, the panellists called upon the United Nations Security Council to ensure gender analysis and expertise in existing peace operations and peace negotiations. Even though some mandates, including those on Libya, already include gender-specific asks, it is important to ensure their holistic implementation based on local expertise and in partnership with local organisations.

Finally, to address the lack of accountability that significantly affects women’s empowerment and limits women’s meaningful participation, the panellists called for a clear mechanism for implementation of United Nations Security Council resolutions with practical means and holding governments, as well as non-state actors, responsible for the destruction of infrastructure, using weapons against civilians, and sexual and gender-based violence, which can constitute acts of genocide as well. As one contributor noted, “Women’s rights organisations are always being told that ‘now is not the time’. We have to make a shift”.

The participants and panellists agreed that, in order to ensure sustainable and feminist peace in the MENA region, preventing crimes against women, ensuring effective mechanisms for accountability, and providing support for the women’s movement should be given specific attention by donors, influential states and the international community. If the international community is to take the solution of the conflicts in the MENA region seriously, the decisions should be guided by the Women, Peace and Security framework and gender analysis on the basis of local consultations with women who have experience and expertise in addressing existing challenges. The event, therefore, was called to mobilise policymakers and key stakeholders to lobby for gender equality, build space for women’s meaningful democratic participation in peace processes and contribute toward building sustainable and feminist peace in the MENA region on the basis of locally-driven and inclusive solutions.

Weapons, War And Women: Enabling Feminist Movements And Peace In The MENA Region