If you have any difficult reading this newsletter in HTML, view it online

How does militarism and inequality increase the risks of abductions, gender based violence and women's insecurity? This is the question posed by WILPF Nigeria who reminded us that now is the time to ask the critical questions about how and why the schoolgirls from Chibok, Nigeria were abducted. What are the root causes of the ongoing conflict and how can they be addressed?

Today, the girls have still not been found or released, despite Nigerian civil society and global efforts. The immense mobilization around #BringBackOurGirls has also sparked debates - both supportive (see here) and critical (see, alternatively, here) and showed the risks and benefits of social media activism. In the midst of the online activities, there was a high-level Security Summit on Nigeria held in Paris last weekend with leaders from Benin, Cameroon, Chad, France, Niger and Nigeria, as well as representatives of the European Union, the United Kingdom and the United States to create a regional strategy to counter Boko Haram. However, rather than addressing root causes and including women's participation, the meeting excluded women civil society; there were no women from Nigeria; and there were no representatives of the abducted girls. Security Council Resolution 1325 at its core affirmed women's participation in decision-making on peace and security and yet it is outrageous that implementation is still failing. 1325 is failing the women of Nigeria. The UK will host the next follow-up meeting in June. It is vital women's voices and gender perspectives are included now, not later. As Joy, the President of WILPF Nigeria said to me this week: “we –Nigeria women- have more on the ground experience, we live these realities, to us these are the issues we breathe, the fears we experience everyday. I expect women's organisations from Nigeria and other countries involved be included from the onset of the regional security talks”. 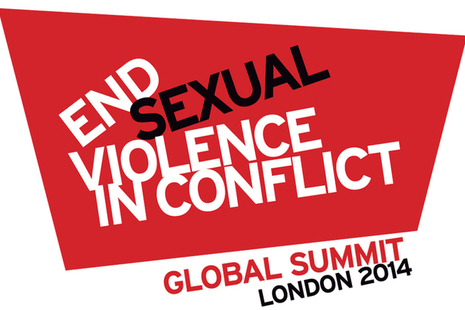 WILPF will be raising these critical questions and recommendations at the upcoming Global Summit to End Sexual Violence in Conflict. We are not attending this Summit to echo the United Kingdom Foreign Secretary. Instead, we are there as the longest standing women's peace organization to make our own voices heard. We will highlight the silence that exists on weapons and profits made from sexual violence. We will bring attention to the fact that to end sexual violence it is critical to prevent conflict. We are attending with a delegation from every region of the world and will be voicing for disarmament and women's full and equal participation and rights. We will demand that Nigeria women be heard. We will demand disarmament. We will be independent and progressive voice, not an echo!

This month's E-news articles include the latest Women, Peace and Security (WPS) Lecture Series event on Ukraine which showed the huge missing gap in gender analysis and women rights in the ongoing crisis. It also includes articles on the Global Summit and an article on Syria. It will also feature news about sexual violence victims from South Sudan and Cambodia and it will provide links to WILPF's latest Webinar on grassroots activism and much more!

The Global Summit to End Sexual Violence in Conflict

“We call for disarmament. We call for implementation of a progressive Arms Trade Treaty. States must make their due diligence investigations open and transparent. If States are serious about building women's engagement in all levels of decision-making, as called for in CEDAW, SCRs 1325 and 2122, then now is the time to commit to stop selling arms to perpetrators of sexual and gender-based violence!”

Between June 10-13 2014, the Global Summit to End Sexual Violence in Conflict - the largest ever gathering of its kind - will be held to shed light on the grave issue of sexual violence in conflict. WILPF will participate with an international delegation of 33 women strong. Our delegation consists of women human rights advocates and experts on the issue at stake, representing countries across the MENA Region, the Democratic Republic of Congo, Pakistan, Colombia, Bosnia and Herzegovina, Nigeria and more. As an advisor to the initiative, WILPF's Secretary General Madeleine Rees has been invited to speak as an expert at the expert day sessions on June 11.

June 10 5.30 PM - The Impact of the Escalating Culture of Violence on the Lives of Women in Syria
June 11 2-5 PM - The Whistleblower Film Screening and Discussion about Exploitation and Trafficking
June 11 5.30 - 7 PM - Gender and War: Impact and Solutions

Be part of the movement and change your Facebook cover photo to the one below to show your support to prevent sexual violence in conflict. You can also tweet with us live at events via @Peace_Women using #TimeToAct. For more information on WILPF's participation at the Summit take a look at the WILPF International website.

On May 21, 2014, PeaceWomen hosted a panel discussion on conflict prevention and women's participation in Ukraine as part of its Lecture Series on Women, Peace and Security (WPS). Co-sponsored by the Permanent Mission of Liechtenstein to the United Nations and the Liechtenstein Institute on Self Determination at Princeton University, this panel discussion focused on two pillars of the WPS Agenda: prevention and participation. Current military tensions have put women's rights and participation increasingly at risk in Ukraine. Natalia Karbowska, a Ukrainian women's leader, and Grigore Pop-Eleches, Associate Prof 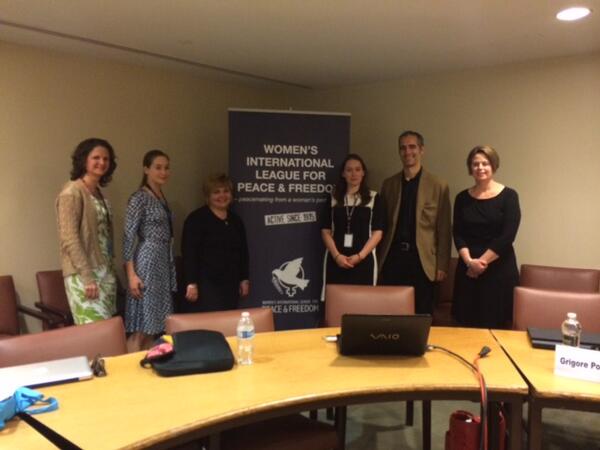 essor at Woodrow Wilson School of Public and International Affairs discussed the conflict in Ukraine and women's full and equal participation in shaping Ukraine's future.

“There were many, many women at Maidan,” said Karbowska as she highlighted women's participation in Ukraine's protest movement. Think tanks and non-governmental organizations working in Ukraine are helping form new legislation to overcome the crisis, but when “we asked if they would include a gender perspective they said no.” Due to budget constraints as a result of the current conflict, Ukraine's Cabinet of Ministers has suggested that the National Action Plan (NAP) on gender equality be cut. This puts women's participation in shaping Ukraine's future in jeopardy. Pop-Eleches focused on the East-West divide, but mentioned how women's movements can create common ground on issues to resolve conflict. Toward the end of the discussion, Karbowska appealed to the international community to support Ukrainian civil society, noting that “having a strong civil society will help keep the Ukrainian government accountable.” She also highlighted the national dialogue project as “an opportunity to include civil society groups at national and regional level in the East and West.”

The event highlighted the enormous data gap on gender within the Ukraine conflict and the importance of strengthening women's participation and women-led civil society in Ukraine, both East and West. It is critical that the international community support the continuation of Ukraine's National Action Plan on Gender Equality. PeaceWomen reiterates our support for this call and will continue to amplify the voices of women peacemakers in resolving the conflict. 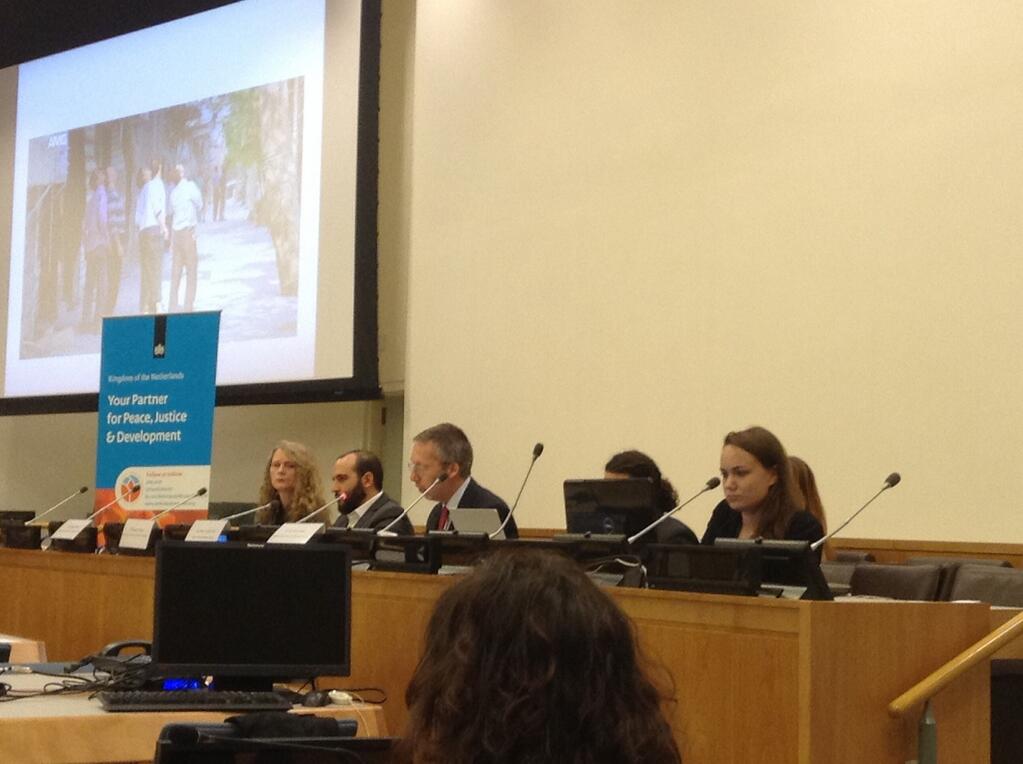