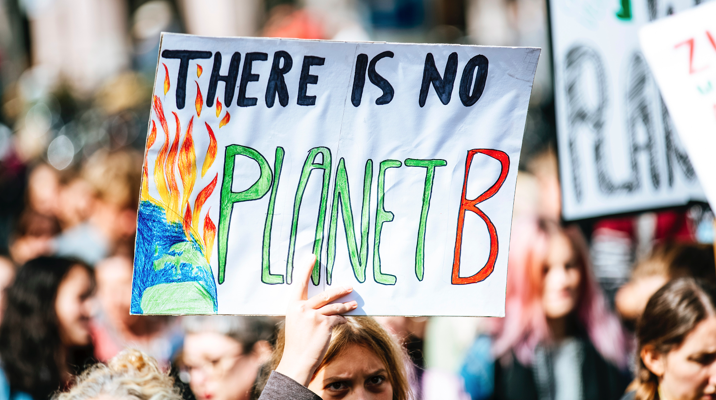 Editorial: The Interlinked Crises of Militarism, Capitalism, and Climate Change

On 1 April 2020, WILPF held a virtual discussion entitled, “Feminist Alternatives: Challenge Militarism to Save Our Planet”. We brought together over 120 people from around the world to discuss some modalities of these key intersections between militarism, gender, the environment, and capitalism, made more pertinent than ever in light of the COVID-19 pandemic. The event recording is available here.

Feminist movements have long highlighted the importance of addressing interconnected structures of power in order to eliminate inequalities and build peace.

The COVID-19 pandemic has exposed and exacerbated many of the structural inequalities and flaws in our current system. It has demonstrated what happens when healthcare systems are weak and underfunded; how unprepared many societies are to ensure the economic wellbeing of each person; and how every crisis exacerbates existing structural inequalities such as racism and gender inequality.

Long after the pandemic ends, the interlinked existing crises and reverberations of militarism, capitalism, and climate change will remain.

The primary responsibility for our current crisis lies on many wealthy, industrialized states in the Global North, while the effects are most egregiously felt by marginalized people, particularly in the Global South. These are the people whose leadership, perspectives, and agency must be centered in addressing the problem. And yet global military spending exceeded $1.8 trillion USD in 2019, and states have continued to fuel armed conflict, including through the arms trade. Global capitalism and its manifestation in neoliberal policies continue to demand infinite growth from finite resources, wreaking havoc on the political, social and economic infrastructure critical for protecting our communities. And while private power increases, the role of governments is evolving: many states are moving away from their mandate of social protection and further towards repression, surveillance, and militarized security.

Anthropogenic greenhouse gas emissions are at the highest levels in history, the atmosphere and oceans have warmed, snow and ice cover have diminished, and sea levels have risen. Climate change has a disproportionate effect on marginalized groups, including the poor, women, and indigenous peoples. Although they produce only a small fraction of global greenhouse gas emissions, people in the Global South will be affected most by climate change. This is especially true due to the impacts of climate change on food and water access. Currently, approximately 820 million people worldwide are food insecure, as a result of conflict, climate change, and scarcity produced by a lack of investment in human wellbeing.

Militarism’s violent ideology of power and domination harms both people and our shared planet. Nearly ten years of war in Syria have resulted in widespread environmental contamination and high levels of pollution. Conflict has destroyed or damaged most of Syria’s water, sewage, and other infrastructure. Rising numbers of artisanal oil refineries have generated toxic waste, which is especially dangerous for people who rely on them for their livelihood. Environmental stress resulting from climate change also played a role in intensifying the Syrian conflict. Syria suffered an extreme drought in the four years prior to the outbreak of the war, which led to widespread unemployment in the agricultural sector and mass internal displacement. As climate change intensifies and worsens food and water insecurity, leads to rising sea levels, and generates droughts, it will put further stress on communities, particularly in areas that are already suffering the effects of armed conflict.

In post-conflict Colombia, human rights and land defenders are increasingly under attack, with disproportionate threats and violence against women activists. Following the landmark peace agreement between the Colombian government and the FARC, land in Colombian territories has been rapidly opened up to extractive industries. Provisions of the peace agreement that deal with gender, redistribution, and reducing inequalities have been some of the least-implemented aspects of the agreement. Instead of prioritizing investing in communities, particularly rural communities, the government has increasingly turned towards militarization and repression. In this context, land defenders and peace activists have become targets of violence by many actors.

As we mark the fifth year into Agenda 2030 and the Sustainable Development Goals (SDGs), particularly at a moment of heightened crisis due to the pandemic, our governments must work to address these interlinked crises. Global capitalism that lines the pockets of the 1% at the expense of the rest of society has also helped to fuel the climate crisis and environmental destruction. Therefore, it cannot be part of the solution. The Sustainable Development Goals must be implemented in ways that center gender equality, peace, and the agency and priorities of communities that have been made vulnerable by armed conflict, imperialism, and authoritarianism. 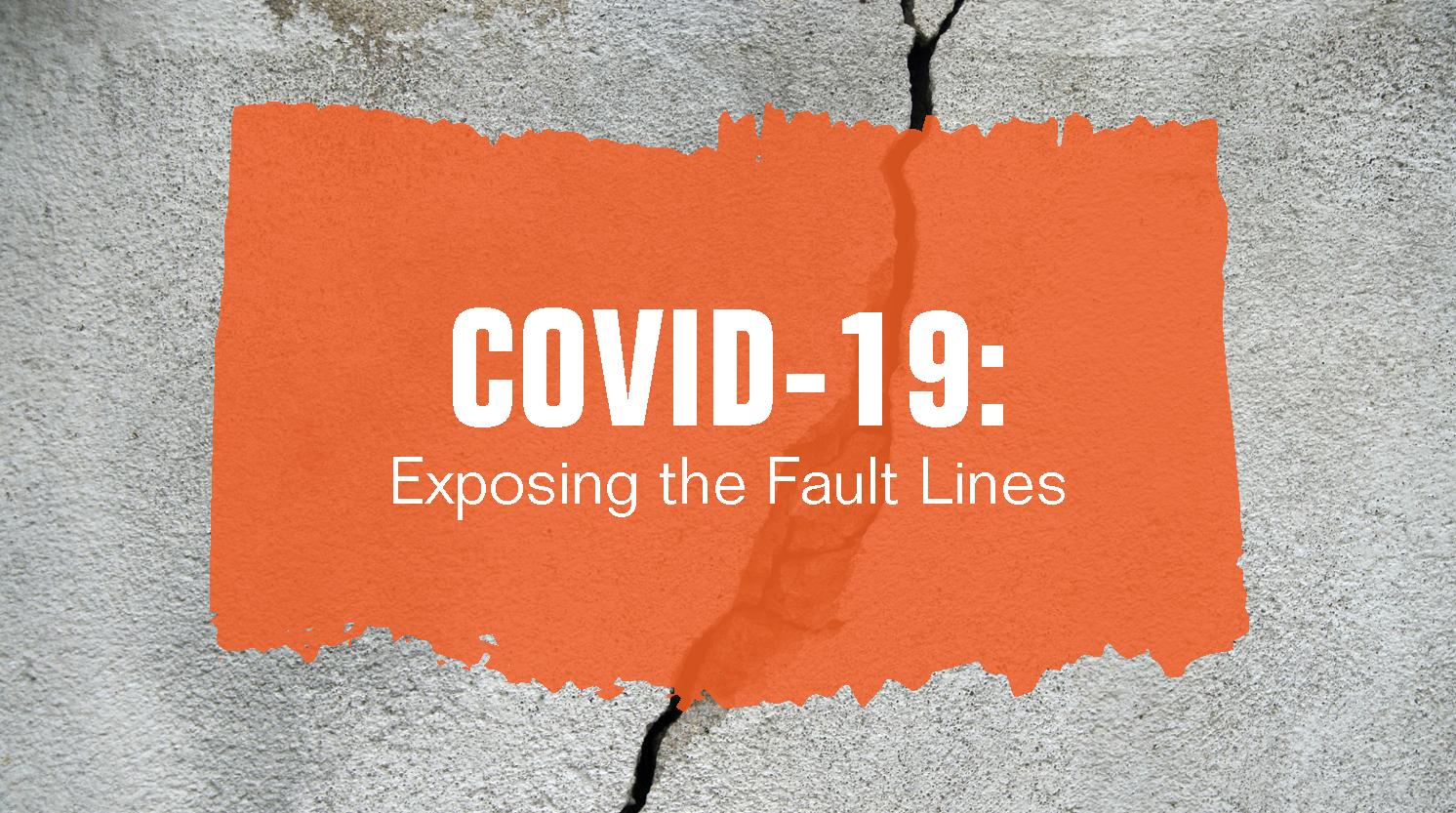 The COVID-19 pandemic is a global crisis which has affected and will affect everyone all over the world in different ways, depending on many factors, including race, gender, social status, and geography. The consequences of this crisis will have differentiated effects on women, and long-lasting effects on society. This crisis serves as an unfortunate example of the fault lines that WILPF has been exposing throughout our history.

WILPF is running a series of articles written by WILPF members, sections, partners, staff and guest writers. These articles comment on the many facets of the COVID-19 pandemic, including the impacts on people who have been affected by armed conflict.

See what WILPF is following on our Trello board. 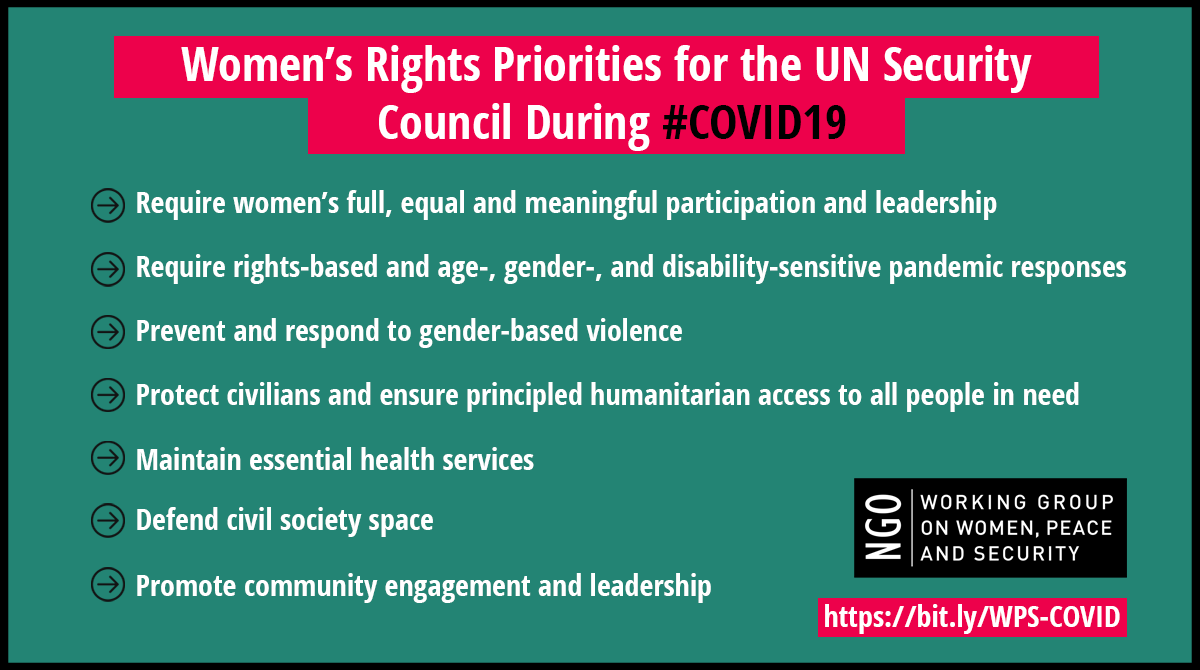 Read the new article by the NGO Working Group on Women, Peace and Security, which WILPF is a founding and active member of, about why the Security Council must take the different gendered dimensions of the COVID-19 pandemic seriously, and how it must center women’s human rights.

Perspectives and Calls to Action on Gender, Conflict, and COVID-19

As the COVID-19 pandemic continues and spreads throughout the world, it is vital that policymakers and other stakeholders recognize and act on the varied gendered dimensions of the crisis, particularly in conflict-affected areas. Here are some other resources on COVID-19, gender, and conflict, including calls to action to support populations who are vulnerable during the crisis:

Under the current dominant economic model, whose priorities and needs are being cared for? Before, during, and after conflict, how do economic, political, and social policies exacerbate or reduce inequalities, and what are the gendered impacts of these policy decisions? Who has the authority to make these decisions in the first place?

On 18 March, WILPF held a workshop with Young WILPF members and MENA partners on feminist political economy, to address some of these questions from a feminist peace perspective. The workshop was led by Nela Porobić Isaković, head of WILPF's WomenOrganising for Change in Bosnia project and focal point on Feminist Political Economy. It was attended by WILPF members and partners who were originally planning to come to CSW64 from different parts of the world, including from Australia, Yemen, Japan, Sweden, and Lebanon.