Breaking Barriers: What it will take to Achieve Security, Justice, and Peace."

From 26 – 28 September 2012, 146 women peacemakers and peacebuilders gathered at the Joan B. Kroc Institute for Peace & Justice (KIPJ) in San Diego for its fifth international conference, “Breaking Barriers--What it will take to achieve security, justice, and peace.” WILPF participated with delegates from the US Section and WILPF Secretary General Madeleine Rees and International Coordinator Petra Totterman Andorff. 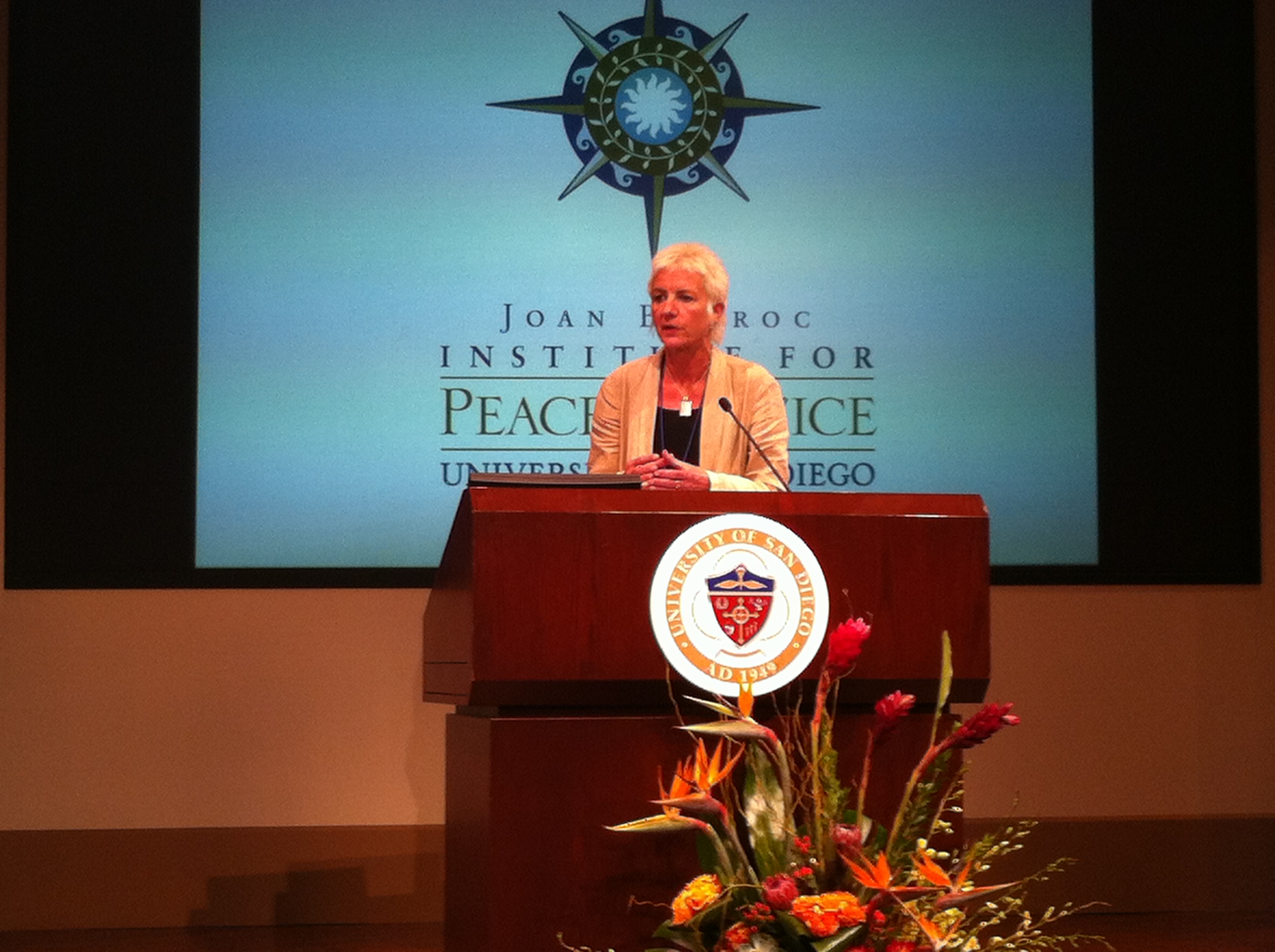 Three plenary sessions, over three days, addressed the themes Security, Justice, and Peacebuilding, respectively, followed by break-out, action-oriented sessions and workshops on these topics. WILPF was represented in the first panel on Security where the participants discussed the challenges to women's security and participation that the current political security agenda poses. One of the major themes of the discussion was the militarization of societies and the need for the integration of gender perspective into all elements of security. A gender perspective in conflict resolution would show, for example, the correlation between sexual abuse and the proliferation of small arms and light weapons in conflict areas.

Also addressing the funding of war, Petra Totterman Androff, emphasized the importance of shifting military expenditures for armament to funding to meet human rights and security needs. She concluded that nations are engaged in the “overspending on war and the underfunding of peace.”

On the last day of the conference Keynote Speaker Madeleine Rees summarized the outcomes and gave an inspiring speech on how the global women's activist movement can move forward and break the many barriers to women's participation and human security. She reminded the conferees to raise their voice to power to inform their governments of women's human rights laws and resolutions, instruments to be used to achieve what women want: security, justice, and peace. Through these efforts with NGOs, women will speak out for new definitions of security, universal and transformative justice, control of the arms trade, and abolition of nuclear weapons.