From Militarization to a Culture of Peace

September is a busy month at United Nations Headquarters with the General Assembly approaching and this week the International Day of Peace (Friday 21st September). PeaceWomen wish all our partners and friends best wishes with their activities and work around the world on this day of action.

I would like to share some highlights from my recent trip to support women activists in India. On behalf of WILPF and PeaceWomen, I traveled to all three branches of WILPF India in August: Gujarat, Maharashtra and Delhi bra 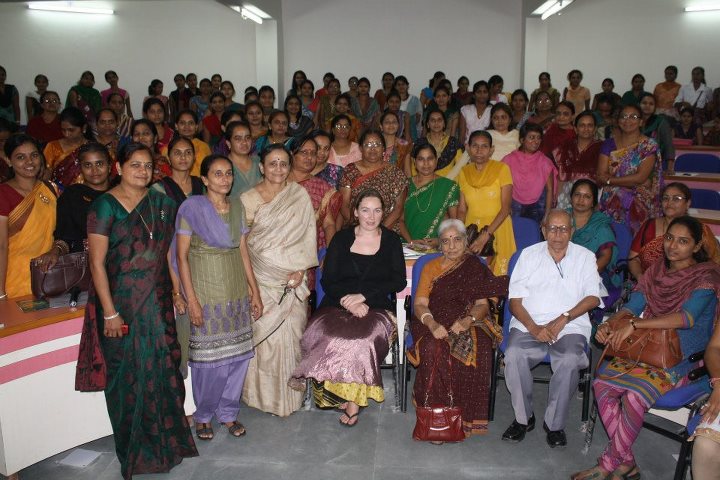 nches. WILPF's work and message is critical today in India and our section is doing inspiring work. As you know, India today is a place of rapid growth but with serious challenges and a range of conflicts and forms of violence. For example, when I arrived in India, news of the latest violence in North East of country made headlines with over 400,000 people displaced by riots and communal violence, the highest rate in decades. This situation is just one that continues to face the Indian people and the peace movement there today. Gender inequality and violence against women remain a huge challenge for WILPF activists and this was a focus of many of the events I attended.

The planned events included a very successful seven-day International Workshop on ‘Awareness Programme for Young Women About Their Rights' in Nagpur (Maharashtra); WILPF ‘Peace and Women' Conference in Ahmedabad (Gujarat); awareness meetings at North Gujarat University (picture left) and Assam University with hundreds attending; among many other meetings. I also learned of the history and the links between our organization and the great Mahatma Gandhi. Did you know that Mahatma Gandhi addressed WILPF meeting in Geneva in 1931 with message of non-violence and equality? You can read his powerful remarks here.

Here in NY, upcoming this September is the UN General Assembly 67th session, which PeaceWomen will monitor as per previous years. The high-level debate of the General Assembly commences on 25 September, and several high-level meetings will be held in the margins, including one on sexual violence. The theme 67th session, proposed by President-elect Vuk Jeremic of Serbia, is “bringing about adjustment or settlement of international disputes or situations by peaceful means”.

Ahead of this year's General Debate, I also participated in the first UN high-level forum on the Culture of Peace on September 14. I focused my remarks on demilitarization and gender equality. I used examples from our work in WILPF sections including the important work by WILPF Colombia and I held up their recent letter to the Colombian President calling for women's full and equal participation in the upcoming October Peace Talks, and the inclusion of women's participation and women's rights in the process. I also shared a story from our recent Middle East North Africa consultations and several recommendations. Read more here>>

Featured in this months ENews are articles on sisterhood and women's role in peace building in Sudan, Somalia and the DR Congo. The U.S move to implement the National Action Plan on Women, Peace and Security; Afghan women continue to fight for formal recognition in peace processes and find innovative solutions to support peace; and Pacific women together with regional leaders unite in a campaign to end gender-based violence and increase women's political representation. You can also find new resources on gender sensitive security sector reform and transitional justice, challenging militarism among others.

Germany will preside over the Council in September. Germany's stated priorities as an elected member of the Security 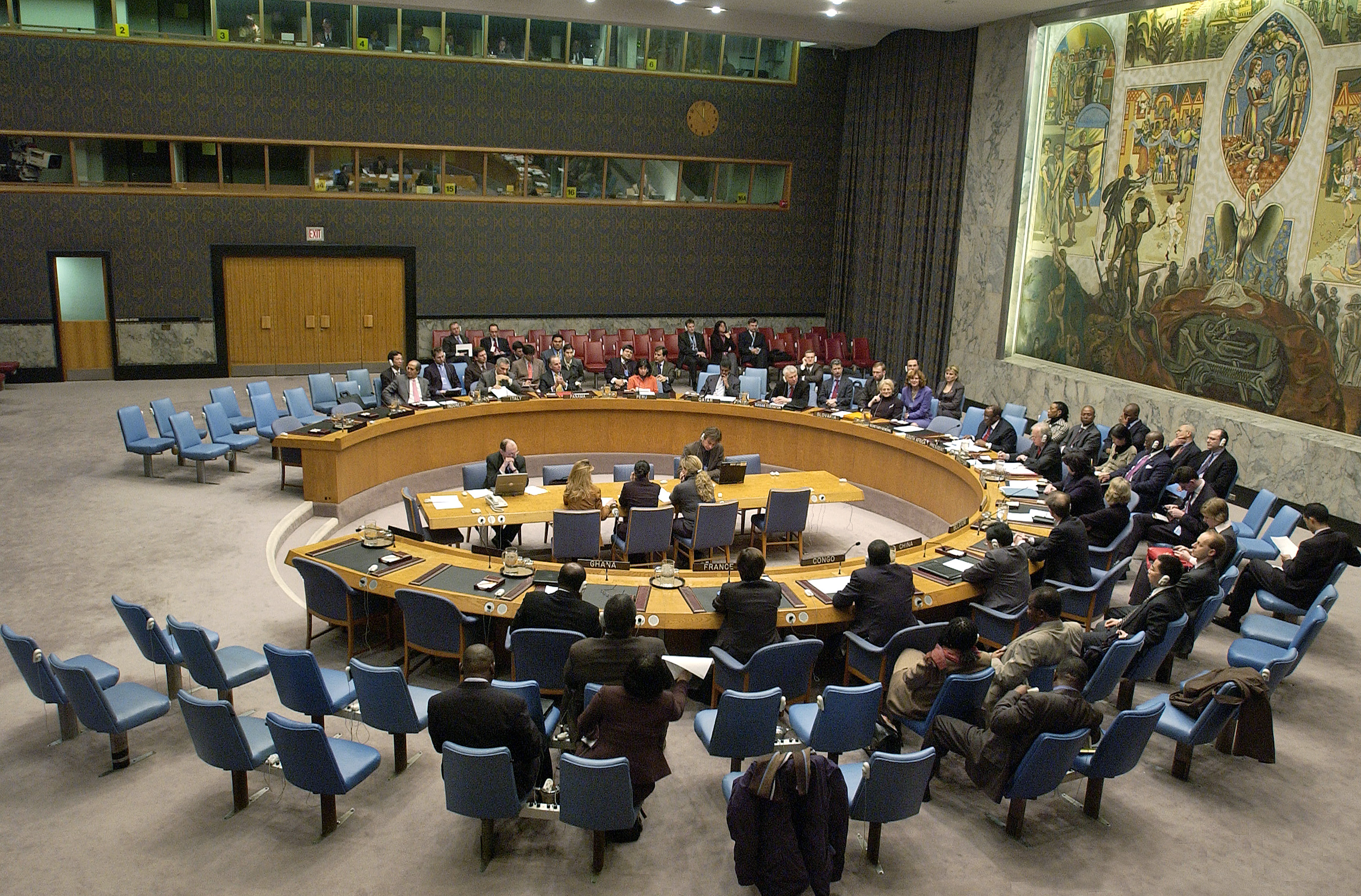 Council include the situation in Afghanistan; its chairmanship of the Working Group on Children and Armed Conflict and the Al Qaeda and Taliban Sanctions Committees; Non-proliferation of weapons of mass destruction; and the environment and climate change.

An open debate on children and armed conflict is scheduled for the 19th of September. PeaceWomen will be taking a close interest in this debate, in particular the attention to the differential gendered impacts for girls and young women during and after armed conflict. As usual, PeaceWomen will provide analysis via Debate Watch section of the PeaceWomen website.

As the NGO Working Group (which WILPF is a member of) advocates, the Security Council must ensure in its daily work that all country reports and mandate renewals evaluate the level of protection and promotion of women's human rights, as per SCR1325, 1820, 1888, 1889 and 1960.

PeaceWomen is pleased to work with Ariel Mekler, Sharna de Lacy and Sofie Saterhäll for Fall 2012.

Ariel Mekler
Ariel is currently enrolled in the Master of Science program at NYU Center for Global Affairs. Her primary research interests focus on the intersections between LGBTQ human security, rights-based principles, gender identity, queer theory, peacebuilding, and advocacy. Ariel previously obtained her MA in Humanities and Leadership from the New College of California, where she examined cross-cultural influences of gender with Judeo-Christian mythology and its implications on current political rhetoric. In 2008, she served as the Program Coordinator for the Jerusalem Open House Pride and Tolerance March, while simultaneously continuing her research on gender fluidity and multiculturalism at the Hebrew University in Jerusalem, Israel. She recently became a co-director for Lysistrata, a Gender Working Group at the Center for Global Affairs and actively seeks opportunities to further advance the rights, security, and capacities for peace of LGBTQ communities through her research and advocacy.

Sharna de Lacy
Sharna graduated from her Masters of International and Community Development at Deakin University in 2010. Sharna specialized in democratization processes and security sector reform, and in particular, the reform of military institutions in transitional democracies. An interest in the role of the military and the militarization of political systems led her to feminist critiques of these issues and in 2011 she joined WILPF and co-founded the Australian Y-WILPF section. Since this time, Sharna has worked on the Women, Peace and Security agenda in Australia, taking part in the NGO consultations on Australia's National Action Plan and building a work program with Y-WILPF that focuses on making young women more visible within the peace and security discourse.

Sofie Saterhäll
Sofie is currently studying a Master's in International Administration and Global Governance at Gothenburg University in Sweden. She holds a Bachelor's degree with a double major in Political Science and Environmental Science. For her undergraduate thesis, Sofie performed a field study in Southern India that focused on the possibilities and obstacles for women's political agency in local governance. She is also currently a board member and secretary at WILPF's Gothenburg section. 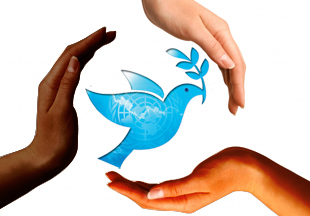 On 18 September 2012, the 67th session of the General Assembly will open at United Nations Headquarters in New York. This will be a busy time for PeaceWomen, as we will be monitoring the General Assembly in addition to the Security Council. PeaceWomen will be taking a particular interest in scheduled items that will address the advancement of women's rights and the status of women, the maintenance of international peace and security, disarmament, and the promotion of Human Rights.

We will be posting gendered analysis of debate via that UN Monitoring section of PeaceWomen website and tweeting live updates as the session progress. You can follow PeaceWomen on Twitter @Peace_Women.

Second Review Conference of the UN Programme of Action to Prevent, Combat, and Eradicate the Illicit Trade in Small Arms and Light Weapons

The Second Review Conference of the UN Programme of Action to Prevent, Combat, and Eradicate the Illicit Trade in Small Arms and Light Weapons met at the United Nations Headquarters in New York City from 27 August–7 September 2012. The final outcome document was adopted by consensus on 7 September 2012.

Notably, the final text included reference to the impact of the illicit small arms trade on women, the need to integrate and gender perspective and increase women's participation in small arms policy making. The final document has also highlighted the link between the Programme of Action and Security Council Resolution 1325.

You can also read the most recent copy's of Reaching Critical Will's Small Arms Monitor here and here.

Documentary Review: Side by Side- Women, Peace and Security

On August 15th, the Australian government in partnership with UNWomen, launched “Side by Side: Women, Peace and Security”, a 30 minute documentary on the implementation of UNSCR 1325.

The documentary features an introduction by UN Secretary-General Ban Ki-moon, as well as interviews with a range of stakeholders, including WILPF Australia's National Director Barbara O'Dwyer and Young-WILPF Australia co-founder Cara Gleeson.

Developed for use in pre-deployment training for military, police and civilians in peacekeeping operatio 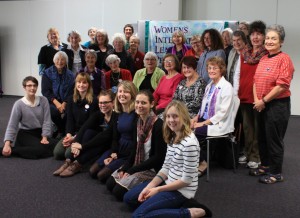 ns, the documentary and accompanying educational material will provide an introduction to UNSCR 1325 and the Women, Peace and Security agenda.

Education and the dissemination of information are vital to the successful implementation of UNSCR 1325 and this documentary provides a commendable positive step in this direction. However, it is notably silent on what PeaceWomen Director Maria Butler has called in her recent paper, “the two silent “Ps”: Proliferation and Profit”.

WILPF with other women's civil society organizations have argued that the Women, Peace and Security agenda is foremost a tool for conflict prevention and its implementation rests upon addressing the root causes of war, and transforming cultures of violence into cultures of peace. Such transformational objectives cannot be understood or achieved without attention to the proliferation of weapons, or preservation of systems in which war is an international business.

“Side by Side: Women, Peace and Security” is a positive step in educating peacekeeping forces about the differential impact of war on women and girls and promoting the role of women as active agents in peace and reconciliation efforts. But, it remains a task for us all to ensure that prevention is at the core of our work, and we do not remain silent on Proliferation or Profit.

You can view “Side by Side: Women, Peace and Security” on UN Women's YouTube channel here 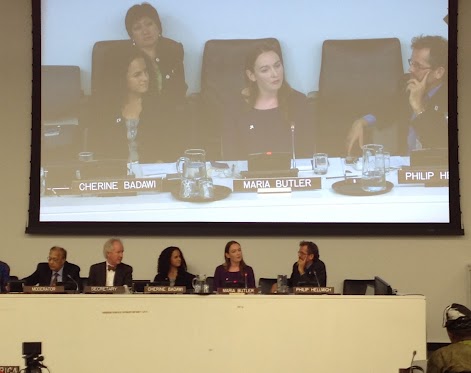