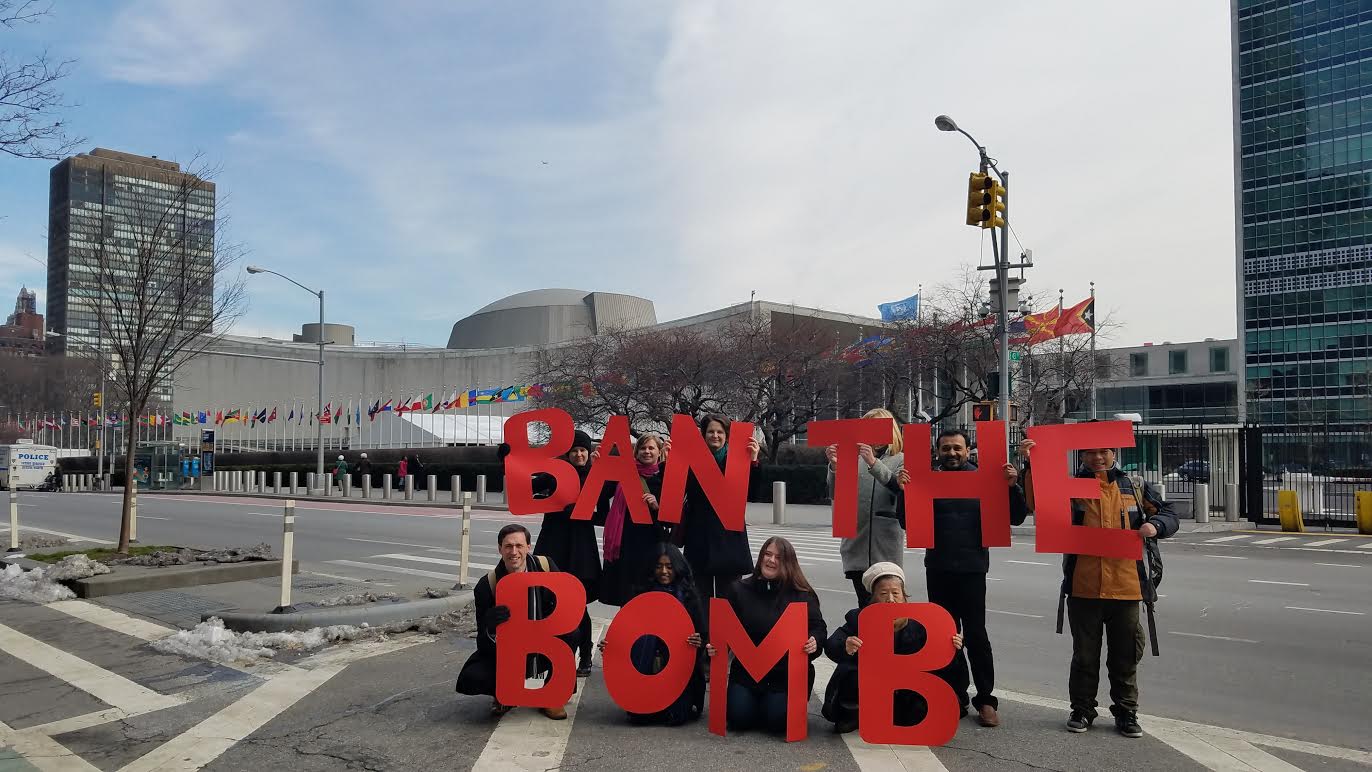 WILPF staff, fellows, friends and partners participated in a campaign “On the road to banning nuclear weapons” (Photo: WILPF)

Today at the United Nations, history is being made. The majority of governments, together with international organisations and civil society groups, including WILPF, are gathering to start negotiations of a treaty banning nuclear weapons.

We are doing so without the nuclear-armed states and other states that include nuclear weapons in their security doctrines. These states -- the minority -- are refusing to participate in the UN talks and have condemned the negotiation of this treaty as destabilising the status quo. But this is exactly the point.

This process of banning nuclear weapons is a direct challenge to the patriarchal world order and patriarchal discourse.

Much of the opposition to the nuclear ban process has been highly gendered. Those talking about humanitarian consequences of nuclear weapons and calling for the prohibition of these weapons of mass destruction are accused of being divisive, polarising, ignorant and even emotional. Opponents to the ban say that they support “reasonable”, “realistic”, “practical” or “pragmatic” steps, and that anything else is irrational and irresponsible.

Most women and others will recognise this rhetorical assault. When men want to assert their power and dominance and make women (or other men) feel small and marginalised, they accuse us of being emotional, overwrought, relentless, repetitive or irrational. This technique has been employed for as long as gender hierarchies have existed.

This is also generally reflective of the traditional nuclear weapon discourse, which is full of terms with gendered meanings. That discourse continues to be mired in dichotomies such as hard versus soft security, strong versus weak, active versus passive and national security versus human security. With remarkable consistency, the masculine-identified sides of these pairs are tacitly attributed more value than the other.

Nuclear weapons are themselves loaded with symbolism -- of potency, protection and the power to “deter” through material “strength”. For many, such symbolism obscures the real point of the existence of these arms -- to destroy -- and their horrendous effects. Taking a human-focused approach to disarmament and challenging a state-centered approach to international peace and security are good first steps. An understanding of the gendered meanings and characterisations embedded in the discourse and politics of nuclear weapons will support that process.

The prohibition of nuclear weapons is something women’s groups should be able to celebrate. Women have been at the forefront of the anti-nuclear resistance since the beginning of the nuclear age. WILPF was one of the first civil society groups to condemn the bombings of Hiroshima and Nagasaki. Women were leaders in the campaign to ban nuclear weapon testing in the United States, including by collecting baby teeth to show evidence of radioactive contamination. Women led the Nuclear Freeze movement in the 1980s, calling on the Soviet Union and United States to stop the arms race. Now, women are the leading edge of the movement to ban nuclear weapons. In both governments and NGOs, women have been the most present and vocal in campaigning for a total prohibition of the bomb.

Next week and in June-July, when the negotiations at the UN will continue, women will continue to be in the forefront of the resistance against the bomb. We are leading both in the conference room and in the streets. As part of our efforts to ban nuclear weapons, WILPF is organising a public march and rally on 17 June 2017, during the midst of the second round of negotiations, to bring together an intersectional, diverse and inclusive group of people who want to see the end of the nuclear era!

You can join our Women’s March to Ban the Bomb in New York City or set up a sister march in your city and become a partner of our initiative.

It’s going to be a great time to mobilise against nuclear weapons and for human security!

Negotiations will be on at the UN from 27-31 March 2017 and 15 June-7 July 2017. To follow the negotiations, you can subscribe to WILPF’s ban treaty mailing list to receive daily updates from our Disarmament Programme Reaching Critical Will. You can also follow us on social media with the hashtag #nuclearban and the Twitter accounts @RCW and @nuclearban. 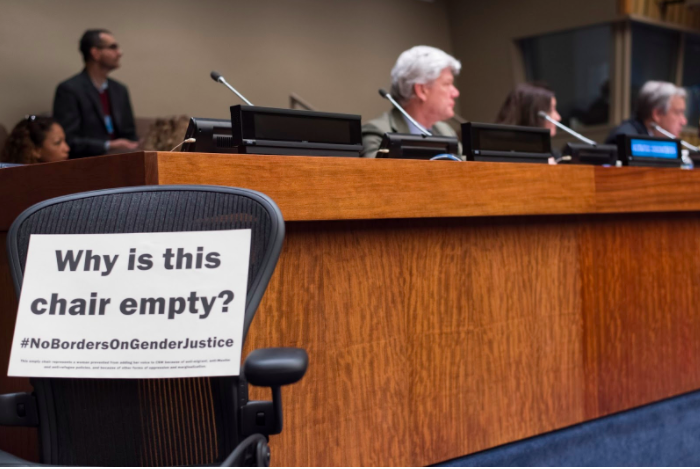 WILPF Webinar: Understanding the Causes of Multidimensional Insecurity in Yemen and Libya 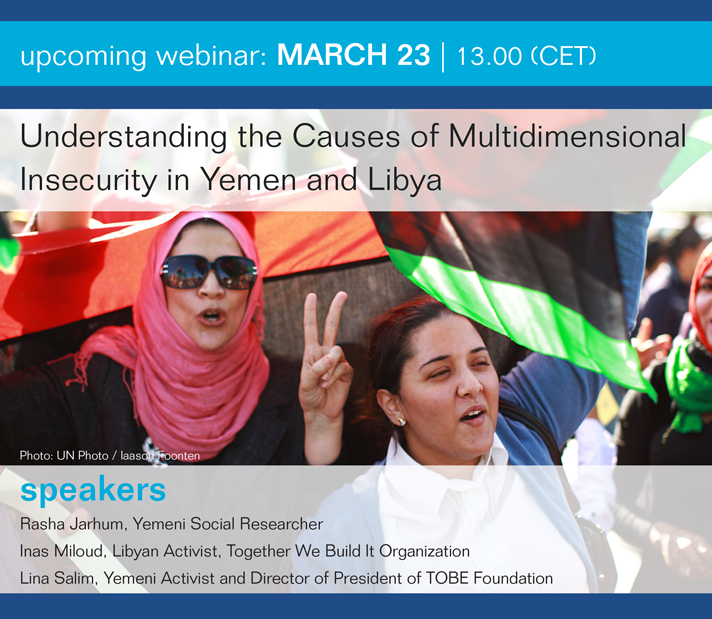 Banner for the WILPF webinar “Understanding the Causes of Multidimensional Insecurity in Yemen and Libya” (Visual: WILPF)

On 23 March 2017 the Women’s International League of Peace and Freedom (WILPF)  held a webinar launching an analytical study on ever-growing levels of insecurity and violence in Libya and Yemen. The webinar was well attended with participants from across the world and explored the rapidly shifting political landscape that permitted destructive economy of wars to prevail over sustainable peace and the rule of law.

WILPF planned to launch this study at the 61st Session of the Commission on the Status of Women (CSW61). However, panelists were unable to attend the forum. In this vein, taking place under the shadow of escalated discriminatory policies that limit women’s agency, the conversation allowed panelists to examine multidimensional security concerns of women in both countries and propose ways for strengthening women's participation and monitoring of its implementation by Member States and the UN.

Inside the Security Council Open Debate on Modern Slavery 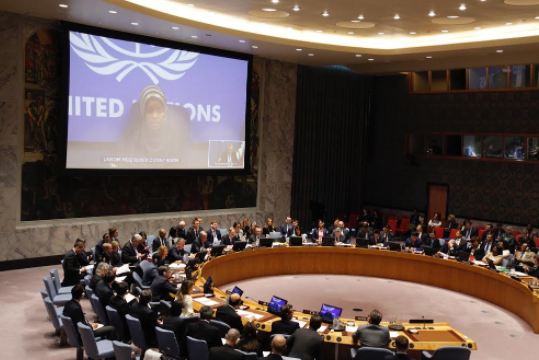 At the March 15 Security Council Open Debate on Forced Labour, Slavery and Other Similar Practices, Member States underscored the pivotal nexus between conflict, displacement and human trafficking. Speakers emphasised countering violent extremism, improving intelligence sharing and tackling impunity as the most effective ways to address the crisis, which affects more than 21 million persons across the globe. A handful of states drew critical links between military interventions, arms trades and sexual and gender-based violence, yet the action steps most frequently offered to address trafficking centred around securitised perceptions of development.

Civil society representative Ilwad Elman, of the Elman Peace and Human Rights Center, briefed the Council via teleconference from Somalia about the devastating scale of trafficking and sexual exploitation in her country. Elman’s voice stood apart from the overarching discussion, which focused on women through the lens of victimisation and protection, rather than emphasising their agency as change-makers in society.

An Analysis of Chapter Fourteen of the Global Study: Guidelines and Recommendations 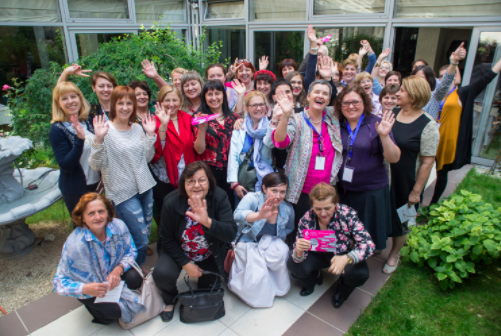 Participants of a solidarity dialogue between women activists from Bosnia and Herzegovina and Ukraine held in Sarajevo on 7-9 June 2016 convened by WILPF and The Kvinna Till Kvinna Foundation (Photo: WILPF)

The UNSCR 1325 Global Study on Women, Peace and Security calls on the United Nations, Member States, civil society and all actors to ground their understanding of conflict within the needs and concerns of women in specific situations of conflict. It also highlights persistent problems, such as the prevalence of militarisation, underrepresentation of women in official peace negotiations and perennial lack of funding for the Women, Peace and Security (WPS) Agenda.

Chapter 14 of the UNSCR 1325 Global Study summarises the main recommendations for action, which include the need to strengthen conflict prevention and demilitarisation efforts. Some of these recommendations have already contributed to a process of UN reform that is beginning to pivot away from crisis response and toward conflict prevention through the “sustaining peace” agenda, illustrating the importance of the Integrated Approach. However, there is a lot more work to be done!

The Women, Peace and Security Fellowship/Internship: WILPF is Accepting Applications 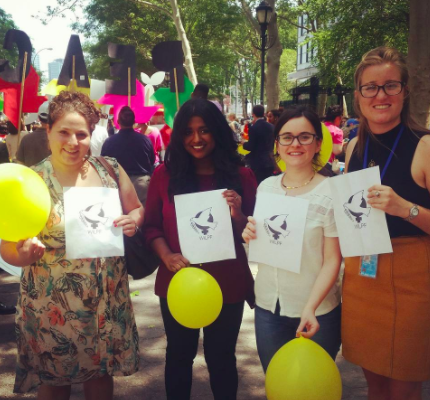 Find the full description of the fellowship here