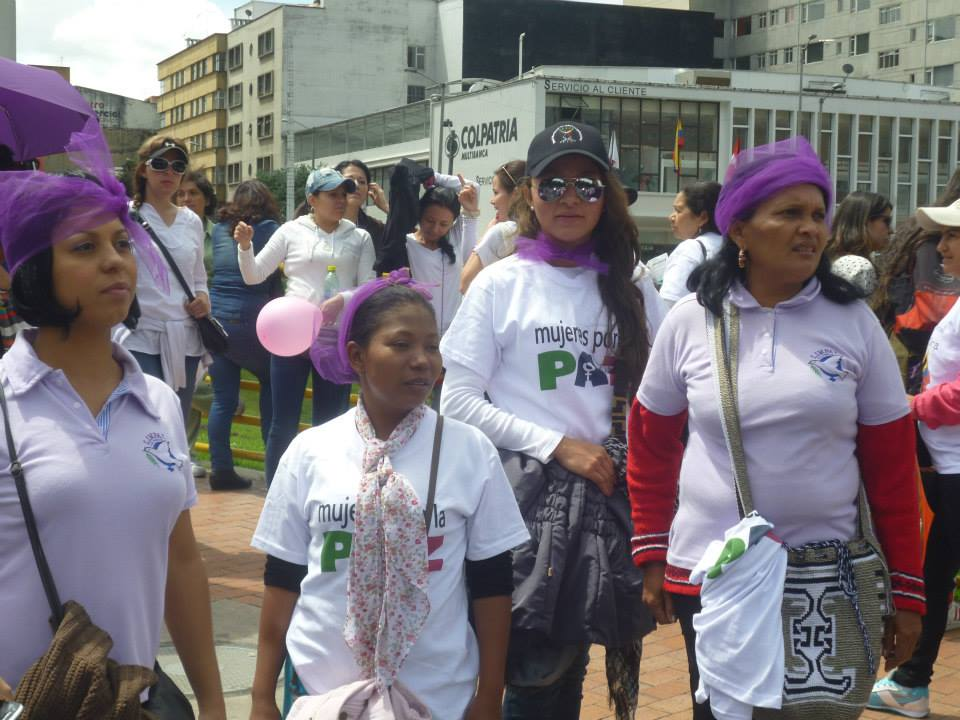 Pursuant to Resolution 2381 (2017), the United Nations Mission in Colombia has been mandated to participate as the international component and coordinator of a monitoring and verification mechanism (MVM), comprised of representatives of the Government of Colombia, the ELN, the United Nations and the Catholic Church, to verify compliance with the temporary bilateral ceasefire, in line with the 29 September 2017 Joint Communiqué. In line with Resolution 2366 (2017), the Verification Mission shall verify implementation by the Government of Colombia and FARC-EP of section 3.2 and 3.4 of the Final Agreement as called for in section 6.3.3 of the Final Agreement, including the process of political, economic and social reincorporation of the FARC-EP; the implementation of personal and collective security guarantees; and comprehensive programmes on security and protection measures for communities and organisations in the territories, and should include the required regional and local verification (OP 2). The Secretary-General is also required to initiate preparations and to present detailed recommendations to the Security Council for its consideration and approval regarding the size, operational aspects and mandate of the Verification Mission, consistent with the Final Agreement (OP 6).

The report outlined major political developments in Colombia since September 2017, as well as the progress in the implementation of reintegration programmes for former armed group members. The Secretary-General noted that the 11 March Congressional Elections were the most inclusive in decades and marked a significant step forward in the country’s peace process (para. 85). Another step forward is the strengthening of accountability mechanisms through the Comprehensive System for Truth, Justice, Reparation and Non-Repetition, including the initiation of investigations into 6,094 former members of FARC-EP, 1,792 members of the armed forces, 44 civil servants and 6 private citizens (para. 4). The Office of the Attorney General had also announced an investigation into businesses for human rights violations, including illicit enrichment and money-laundering amounting to $230 million (para. 10). The Colombian Government has recently identified a series of measures to reintegrate former FARC-EP members into the Colombian society, including security, legal and socio-economic support (para. 11). Lastly, the reported noted that few challenges remain; namely the continuing murders of community leaders and human rights defenders (para. 48) along with modest progress made in the integration of ethnic and cultural perspectives into the reintegration and peace process (para. 70).

According to the report, the Mission, together with UN-Women, continues to strengthen dialogues with women’s organisations former FARC-EP women and women from nearby communities at both the regional and national levels (para. 66). The Mission has also established a network of 41 gender focal points, across field offices, to promote coordination among women’s organisations, government counterparts, FARC gender focal points and United Nations agencies (para. 67) The creation of the Special High-Level Forum for Women and its partnership with the Commission for the Follow-up, Promotion and Verification of the Implementation of the Final Agreement is a significant step forward in the inclusion of women’s needs in the implementation of the peace agreement. However, it is unclear whether women’s participation has fully extended to conflict prevention and peacebuilding, particularly in the disarmament, demobilisation and reintegration programme. The report also failed to discuss the specific participation of rural women, LGBTQI individuals, and Afro-descendant and indigenous women.

Unlike in the previous report, the Secretary-General highlighted continuing violence against women human rights defenders (WHRDs) in the country (para. 48). The report also lauds the provision of gender-specific humanitarian aid, including 1,160 specialised medical appointments for 326 pregnant women in the territorial areas (para. 39). To date, the National Protection Unit has incorporated gender training in risk analysis and protection with the support of the FARC Gender Committee, the United Nations Entity for Gender Equality and the Empowerment of Women (UN-Women) and the Mission (para. 15). However, it is unclear whether the training would include cover issues faced by marginalised communities like displaced or indigenous women which includes violence pertaining to government programmes on cocoa substitution and land restitution (para. 49). Lastly, the report does not discuss the establishment of protection mechanisms for WHRDs even though it recognises the ongoing violence inhibiting their important work.

Although the report noted that the proliferation of illegal arms and weaponsed actors has contributed to the ongoing violence against WHRDs (para. 48), no mention was made on disarmament efforts currently undertaken in the country. After the laying down of weapons by the FARC-EP, local women in the Bolívar and Caqueta regions have reported continued violence against women. These experiences require the Colombian government to strengthen arms regulations beyond that “laying down of arms” process. This is particularly important considering the Mission’s mandate to ensure the sustainable and full implementation of the DDR programme. Current reintegration efforts for former combatants also lack a gender perspective, and comprehensive initiatives tailored to the needs and full  participation of FARC-EP women. Although 40 percent of the FARC (and 25 percent of the ELN) is female, the government historically has provided little support to demobilized female combatants.This is a missed opportunity in light of demonstrable successes by former FARC-EP women in the development of economic initiatives in Agua Bonita, Santa Lucia and Los Monos (Cauca) (para. 33). In the same vein, the report failed to highlight the importance of funding and technical support for such initiatives in the larger reintegration programme. Further, the implementation of gender-specific provisions regarding security guarantees and reintegration has been limited (para. 65).

The report lauds the Mission’s continued engagement with transitional justice in the form of the Comprehensive System for Truth, Justice, Reparation and Non-Repetition (para. 75). However, similar to the previous report, progress appears to still be slow and recent developments in the justice process are still stuck in either the consideration or investigations phase (paras. 14, 16). Further, it is unclear whether the impending cases involving “6,094 members of the former FARC-EP, 1,792 members of the armed forces, 44 civil servants and 6 private citizens” include perpetrators for sexual and gender-based violence (SGBV). This is a missed opportunity amidst the continuing SGBV cases in communities most affected by conflict, and where early warning systems of the Office of the Ombudsman have identified risks of sexual violence (para. 51). Lastly, the report failed to shed light on developments in Colombia’s new war tribunals, which was established to prosecute human rights violations committed during the brutal decades-long civil war, and to comprise of a female-majority judiciary.

The Secretary-General must advocate for the inclusion of gender perspectives in security and reintegration initiatives and strengthen spaces for active women’s participation with the aim of avoiding current centralisation. Measures should also be taken by the Mission to ensure meaningful participation of ex-combatants in the reintegration planning and processes to civil life, taking into account their specific needs and recommendations. In a similar vein, local and national plans should be generated in consultations with Afro-Colombian, indigenous, and rural women’s organisations, particularly in regions identified for substitution of cocoa plantations for legal crops.

Protection efforts should also be expanded to cover the specific protection challenges of women in communities through measures for enhanced prevention of and response to gender-based violence. It is imperative that human rights violations, including SGBV, continue to be monitored, through consultation with civil society, including women leaders and, human rights defenders during field visits. In the same vein, future reports should inquire the Mission on protection efforts towards WHRDs. Discussions should reflect the complexity of the current situation with regards to the increase of death threats against, and killings of human rights defenders, social leaders, including Afro-descendant and Indigenous community leaders in areas recently vacated by FARC-EP and areas surrounding the Mission. The Mission should prioritise the creation of a conducive environment for the work of human rights defenders, with specific and enhanced protection mechanisms for women human rights defenders and LGBTI rights defenders. As conveyed by civil society organisations (CSOs), there remains an urgent need to maintain the presence of UN humanitarian agencies to monitor and report human rights violations to fully and effectively implement the peace agreement.

Future reporting must reflect women’s participation in the Mission’s peacebuilding and conflict prevention efforts, including through consistent and explicit analysis on the gendered impact of this conflict on women. The Mission must review, update and strengthen arms control regulations and permits in order to ensure that arms are not used to commit or facilitate human rights violations, including femicides and other acts of gender-based violence, and to address the increase in armed violence against women in regions like Bolivar and Caqueta. Focus should also be directed towards developing proactive strategies to address root causes of violence and promote social transformation that address exclusions and violent masculinities. As suggested by La Liga Internacional de Mujeres por la Paz y la Libertad (WILPF Colombia), an increased focus on the prevention of sexual and gender-based violence should be included in the DDR monitoring and verification mechanisms led by the UN Political Mission. Future reports must also address harmful gender and cultural norms that contribute to the prevalence of SGBV in many communities. The Secretary-General should call for increased engagement between the Mission and grassroots and civil societies like LIMPAL that work on changing the perception of conventional gender roles, imaginaries, beliefs, and values.Their implementation must be prioritised and adequately resourced to enable positive and differentiated actions for the adequate reintegration of former FARC-EP women and the security of women in the communities. The working group on gender of the National Reintegration Council, together with the Special High-level Forum for Women, would play a critical part in ensuring that the needs of women are met and that a gender perspective is mainstreamed.

Relief and Recovery/ Implementation
Furthermore, the Mission must ensure that justice institutions are accessible and accountable to all survivors of violence in both rural and urban areas. The mission must also address the risk of an increase in sexual and gender-based violence (SGBV) in transitional zones and areas most affected by the conflict. Progress should be directed beyond the consideration and investigation phases and into fair prosecution and trials. Where prosecution is challenging, monitoring mechanisms should be put in place to document and collect evidence for future use and locating displaced victims should be a priority. In light of the continuing harassment and killings of human rights defenders (HRDs), the Secretary-General should also call upon the Colombian government to properly investigate killings without further delay and to hold perpetrators fully accountable. Finally, the Colombian government should scale-up efforts and investments into strengthening the country’s national justice systems to support documentation, investigations, prosecutions and truth and reconciliation processes.