Security Council Open Debate on the Cooperation between the UN and Regional and Subregional Organizations, December 2018 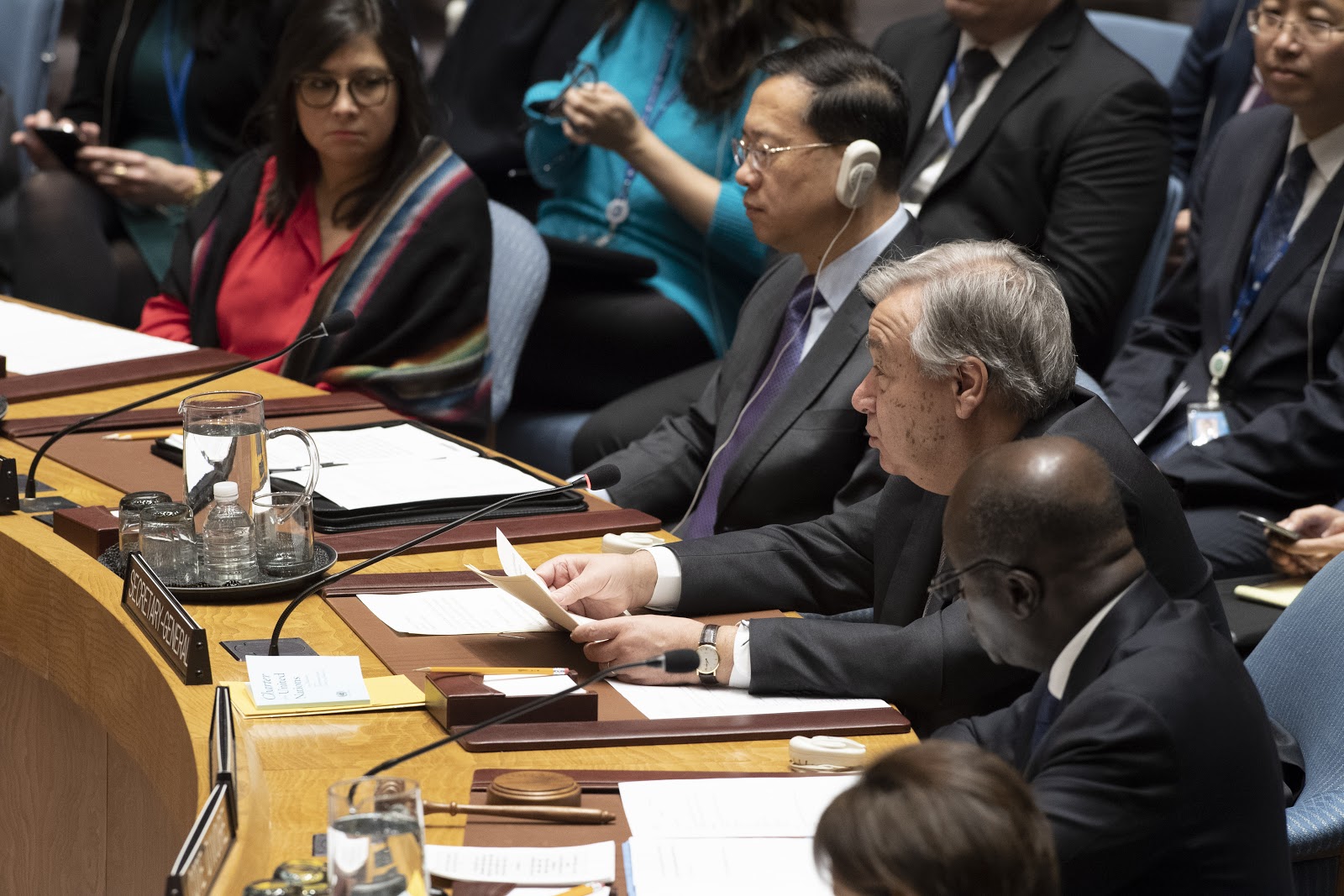 Secretary-General António Guterres (centre) briefs the Security Council on cooperation between the United Nations and regional and subregional organizations in maintaining international peace and security, with a focus on the role of States, regional arrangements and the United Nations in the prevention and resolution of conflicts. (UN Photo/Evan Schneider)

On 6 December 2018 the United Nations Security Council (UNSC) convened an open debate on the cooperation between the United Nations and regional and subregional organisations.  Held during the UNSC Presidency of Côte d’Ivoire, the open debate focused on the theme of “the role of States, regional arrangements and the United Nations in the prevention and resolution of conflicts”. Representatives of Member States and regional organisations shared both their progress as well as contributions to enhancing the role of regional and subregional organisations in maintaining international peace and security. However, the open debate was a missed opportunity to highlight the role of women, whether as best practices or as room for improvement, in maintaining peace and security as it relates to effective cooperation.

The Secretary-General framed his statement in the context of his prevention agenda, highlighting its humanitarian and economic benefits. Two key themes were generally agreed upon by representatives: first, the advantage of regional and subregional organisations in understanding local contexts in order to maintain peace and security, and second, the necessity of national ownership in peace operations, particularly in peacebuilding and peacekeeping missions. Many representatives shared their support for multilateralism, which related directly to the previous open debate during the UNSC Presidency of China in November on strengthening multilateralism and the role of the UN, as well as the debate of 5 December on peacebuilding and sustaining peace. Examples provided at the open debate were centered on cooperation in and with the continent of Africa, such as the African Union (AU) and Economic Community of West African States (ECOWAS), with several references to the assistance provided by the OSCE in peacebuilding.

Considering the Côte d’Ivoire’s example of a best practice in post-conflict reconstruction as well as the recent conclusion of its peacekeeping mission, it was unfortunate that the Minister for Foreign Affairs of Côte d’Ivoire, who spoke on behalf of his mission, was gender-blind in his statement and failed to highlight the repercussions of excluding women from the formal peace process. Furthermore, while references were made to the post-conflict reconstruction periods in the Gambia, Guinea-Bissau and the Lake Chad region, these references to prevention and peacebuilding highlighted neither the best practice of local women mediation in Guinea-Bissau, nor the acknowledged need to increase the protection and participation of women in peace processes in the Gambia and the Lake Chad region. Furthermore, of the 59 representatives of Member States as well as regional and subregional organisations that briefed the UNSC, there were no civil society speakers to discuss how local organisations can assist in regional and subregional cooperation, and the overall number of women speakers was particularly low, at 11 (~19%).

As a whole, the open debate was not gender-sensitive, with only 19 (~32%) representatives referencing Women, Peace and Security (WPS) themes. Furthermore, of those 19 statements, only nine (~15%) of entire statements at the open debate pointed to substantial and concrete initiatives related to WPS. While the theme of prevention was referenced in all 59 (100%) statements, 0 representatives linked the importance of women to conflict prevention. Within the 19 references, the two primary references to WPS themes were participation, made by the six (~32%) representatives of Bolivia, Germany, Ireland, Namibia, Peru, Romania, as well as peacebuilding, made by the three (~16%) representatives of Estonia, France and Germany.

Given the lack of gender-sensitivity of statements made during the open debate, there were several missed opportunities for gender to be mainstreamed into the broader discussion on the cooperation between the UN and regional and subregional organisations. One of the most prominently mentioned themes was implementation, with 35 (~59%) of the 59 representatives noting important strategies of cooperation such as the triangular partnership, effective exchange of information and sustainable financing. Unfortunately, none of these references were gender-sensitive. As such, the discussion of National Action Plans (NAPs) would have been a welcome addition considering their role in post-conflict reconstruction.

Although peacekeeping was referenced by 25 (~42%) of representatives, only two (8%) of the 25 placed the discussion within a gender context. Notably, the representative of Ireland pledged to advocate for the participation of women and youth in mediation and peacekeeping activities if successful in its UNSC bid for a non-permanent seat in 2021-2022. Additionally, the representative of Namibia, where the third WPS Focal Point meeting will be hosted in 2019, highlighted the importance of women’s participation in peacekeeping, as well as noted that they recently surpassed the required 15% target of women participants in peacekeeping.  Given the importance of cooperation between peacekeeping missions and their host countries, particularly in the context of national ownership, this was a missed opportunity for representatives to highlight the indispensable the role of women in peace and security, such as supporting the appointment of gender expertise advisors in the wake of budget cuts.

Moving forward, future UNSC convenings on the topic of cooperation between the UN and regional and subregional cooperation in maintaining international peace and security should include the following gender-sensitive recommendations:

Concept Note for the Open Debate on the Cooperation between the UN and Regional and Subregional Organizations, 6 December 2018