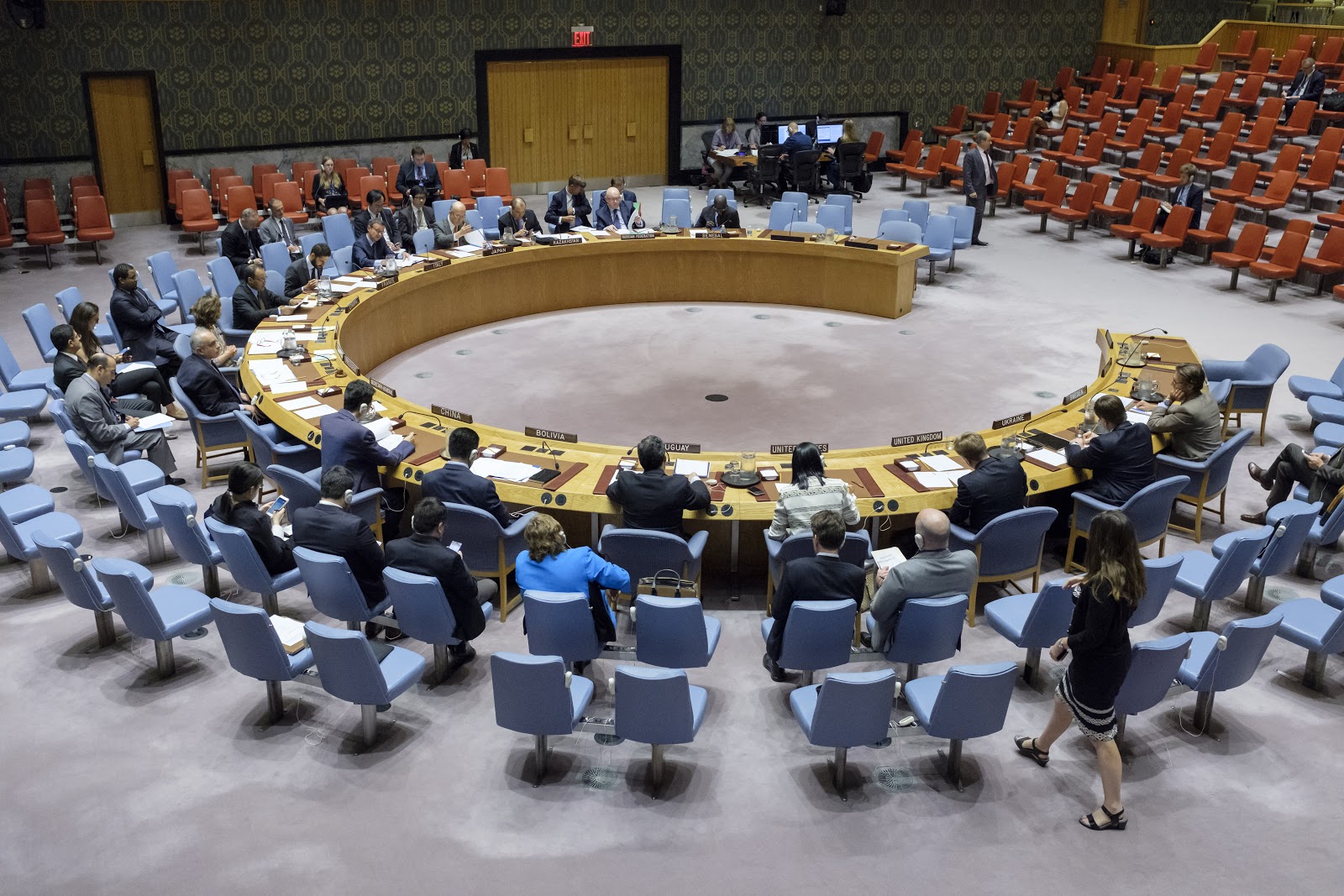 On 6 February 2018, under the Presidency of Kuwait, the  Security Council held its open debate to discuss its working methods and develop avenues for possible improvements under the agenda item “Implementation of the note by the President of the Security Council (S/2017/507)”.  Participants discussed the French-Mexican initiative to restrict veto powers and explored opportunities to increase engagement with civil society and women’s organisations, among other ways to strengthen the work on the maintenance of international peace and security.

Although there were some references to the need to strengthen women’s meaningful participation and gender analysis in the work of the Council, the relevance of the Women, Peace and Security (or “WPS”) Agenda to the Council’s mandate were mostly undiscussed.  Generally, discussions did not touch on disarmament, the reduction of military budgets, gender analysis of conflict  and women’s meaningful participation as pre-requisites for the Council to fulfill its mandate.

Executive Director of the Security Council Report, Mr. Ian Martin, focused his opening statement on the importance of inclusivity to the Council’s function. Specifically, he called for greater engagement with non-penholders and non-Permanent Members of the Council. Like other speakers, he welcomed the increased number of informal dialogues and Arria Formula meetings as a means of improving the Council’s transparency. Another key suggestion by most speakers was a full implementation of the French-Mexican initiative to suspend veto powers in cases concerning mass atrocities. With the exception of the Representative of Russia, many speakers expressed their support for the initiative and agreed that the veto system compromises the Council’s legitimacy. The Representative of Equatorial Guinea argued that the veto prevents the Council from addressing impunity for crimes against humanity while the Representatives of Bolivia and Colombia called the veto “undemocratic”.

Out of 59 speakers, only 5 (8%) pointed out the importance of gathering perspectives from civil societies and women’s groups for the Council to better understand the dimensions of a particular conflict.  The US Representative, in particular, proposed a greater inclusion of the voices of civil societies and human rights defenders in briefings and consultations.  Meanwhile, the Representative of the UK pointed out that, at present, under a quarter of briefers and the Security Council are women and that this number should increase. Other speakers supported the increased participation of civil society and women’s groups as a means for helping the Council better understand how to implement early-warning mechanisms to prevent a descent into, or escalation of, conflict.

On the other hand, conflict prevention and humanitarian assistance were only discussed in relation to veto powers; with many speakers expressing support for the French-Mexican initiative to suspend veto powers for cases concerning mass atrocities and crimes against humanity. Kuwait, for one, went further to propose that the restriction apply to humanitarian circumstances as well, including the delivery and provision of humanitarian aid. Meanwhile, the Representative of the UK emphasised greater engagement with military troops and police on frontlines to improve peacekeeping processes and preventive diplomacy in the Council’s work.

While the calls for the increased participation of civil societies and women’s groups in Council decisions are laudable, speakers failed to mention the importance of financial, technical and political support for such groups to be able to effectively participate in discussions with the Council. The Council should collaborate, through financial, technical and political support, to strengthen the capacity of civil societies and women groups to better conduct and organise national and community-led, on-the-ground monitoring. Support and funding should also extend to grassroots and human rights defenders in relation to their work and advocacy on human rights and humanitarian procedures. Where needed, the Council should also utilise temporary special measures in order to accelerate and strengthen women’s full and equal participation in all areas of decision-making and conflict prevention.

The UK’s call for greater engagement with military troops and police on frontlines, as a means of improving preventive diplomacy in the Council’s work, failed to consider the differentiated impact of weapons on women. It also failed to recognise the role of women in disarmament efforts. Militarism is not the only response to security and women and human rights defenders are the true bearers of the peace mandate. In this vein, the speakers missed the opportunity to fundamentally reframe security from militarised approaches to one based on human rights, sustainable development, and equality.

Overall, the debate omitted the relevance and importance of the Council’s greater engagement with on-the-ground humanitarian agencies and NGOs in order to ensure adequate humanitarian assistance reaches the most vulnerable.  The Council should place focus on ensuring that aid complies with international law, and is not subject to donor limitations including denying sexual and reproductive healthcare like abortions. The Council should also prioritise gender-sensitive approaches to protection of civilians in both the delivery of humanitarian assistance and the operation of de-escalation zones, to ensure that gender-specific vulnerabilities faced by civilians, particularly women and children, are not further exacerbated by conflict.

The discussion on improving the Council’s working methods remain largely gender-blind despite increased efforts to include gendered analysis and women’s participation in discussions. The current body of law and practices within international human rights law and the International Criminal Court (ICC) system already enables rational argument and related practices to replace violence as a means of dispute resolution. To effectively fulfill its mandate to maintain international peace and security, the Security Council and Member States must:

Concept Note for the Open Debate on the Working Methods of the Security Council.pdf

Note 507 by the President of the Security Council.pdf
BACK
TO TOP