NAP Costing and Budgeting workshop in Jordan: Bringing the NAP one step closer to effective implementation

There are now 63 National Action Plans (NAP) on the UN Security Council Resolution (UNSCR) 1325 on Women, Peace and Security. Out of these, there are only 12 NAPs that have earmarked budget for implementation.  The lack of dedicated budget is one of the reasons for weakness in implementation. There are a number of reasons why most NAPs don’t have dedicated budget: Governments do not consider it a priority. Sometimes they do not have the technical capacity to properly cost the NAP. In a few situations where there is budget for the NAP, the cost of civil society’s participation in implementation is not included.

To respond to this situation, the Global Network of Women Peacebuilders (GNWP) developed a training module on NAP Costing and Budgeting. Piloted in Georgia in November 2015, the module has been further developed and customised to the NAP process in Jordan. In coordination with the Jordanian National Commission for Women (JNCW) and UN Women Jordan GNWP facilitated a NAP costing and budgeting workshop in Jordan.

The NAP process in Jordan

Jordan began the process of drafting a NAP when the JNCW established the National Coalition for the Implementation of UNSCR 1325 (Coalition). The Coalition is composed of representatives of civil society, government agencies and the security sector. In 2012, the JNCW submitted its first draft of a Jordanian NAP; however, due to the fact that the draft was developed with limited local engagement, and was not coupled with awareness-raising  efforts, it has remained under review by the Government of Jordan for three years.

In September 2015, the Government of Jordan committed to accelerating the adoption of the NAP. Welcoming this commitment, the JNCW in collaboration with UN Women initiated a participatory process to develop and implement a Jordanian National Action Plan (JONAP). Throughout January and February 2016, the JNCW and UN Women held a series of local consultations with stakeholders across Jordan to identify priorities and recommendations for JONAP. Building on the recommendations raised at the consultations, in April and May 2016, the Coalition, with technical support from the Institute for Inclusive Security, drafted the logical framework, including activities, outcomes and outputs.

In this context, UN Women Jordan invited GNWP to provide technical support to the Coalition to cost the NAP and start the budgeting process. Aware of the lack of earmarked funding for NAPs as one of the factors that hinder effective implementation, JNCW and UN Women wanted to ensure that the JONAP is properly costed and therefore implementable. The costing and budgeting workshop was a critical step towards the completion of the JONAP. 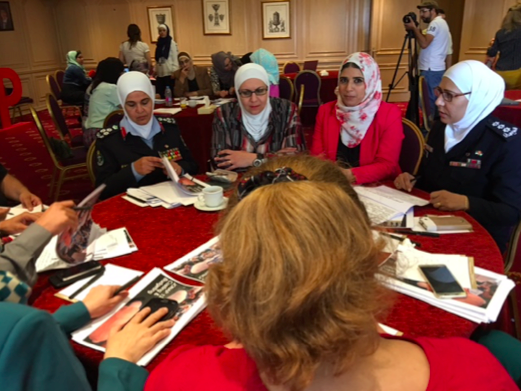 Overview of the workshop

The costing and budgeting workshop in Jordan integrated the module, piloted by GNWP and Cordaid in Georgia, adapting it to the Jordanian reality. To ensure that all sessions are well-adjusted to the Jordanian context, GNWP enlisted help of two local experts – a government financing expert, Dr. Naif Al-Ibrahem, and Gender-Responsive Budgeting (GRB) expert, Ms. Arwa Al-Najdawi. The GNWP consulted with the experts prior to the workshop, while preparing its materials. The local experts also delivered sessions during the workshop, and served as resource persons, supporting the facilitation and responding to the participants’ questions.

The participatory workshop included sessions on the funding landscpae for women and peace and security; resource mobilisation and resource mapping; gender-responsive budgeting; and a presentation on the government’s budgeting process, strucure and system. Another important feature of the NAP Costing and Budgeting workshop is the hands-on exercise using a costing template especially developed by GNWP. The costing template is aligned with the JONAP logframe and reflect all the activities, outputs, and activities from the existing draft JONAP logframe. It also integrates the costs for conducting monitoring and evaluation of the JONAP. 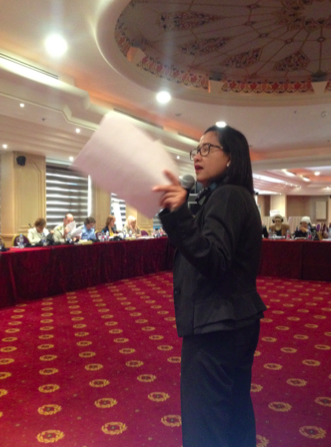 The costing exercise helped the participants refine the activities, to ensure they are more specific and realistic, and therefore actionable. The Coalition will continue to refine the activities. GNWP also recommended to JNCW and UN Women Jordan that a special Costing and Budgeting team be formed to finalise the costing and develop a JONAP budget.

Another important outcome of the NAP Costing and Budgeting workshop in Jordan was  the formation of the NAP Costing and Budgeting team composed of representatives of the JNCW; civil society; the General Budget Department in the Ministry of Finance; a GRB expert; security sector; and  UN Women. Although the team has not yet convened since the workshop in August, its responsibility to finalise the budget and seeing it through until it is approved has been defined by the Coalition.

The two-day NAP Costing and Budgeting workshop in Jordan was part of a four-day event, organised by Jordan national women’s machinery. The event also included sessions on monitoring and evaluation and coordination among actors involved in national action planning for WPS, facilitated by the Institute for Inclusive Security (IIS). Representatives of Serbia’s Ministry of Defense and UN Women Serbia also attended the workshop. Serbia is currently developing the second phase of its NAP.

Some of the challenges and lessons learned from the workshop in Jordan include:

Recommendations and next steps

Recommendations for next steps on JONAP costing

An additional two pager on the National Action Plan on Women, Peace and Security (NAP) Costing and Budgeting workshop in Jordan, can be found here.