WILPF Action around the 15th Anniversary of UNSCR 1325 and the Women, Peace and Security Agenda

October 2015 marked the 15th anniversary of UNSCR 1325 and the Women, Peace and Security Agenda.

And what a month! WPS Programme led WILPF’s work in mobilising across the full month to build momentum for a feminist foreign policy that goes beyond anniversaries and promotes local action for transformative change. In conversations that built momentum from week to week, WILPFers and partners repeatedly brought attention to the need to shift the gaze from the United Nations and governments to feminist grassroots peacebuilders – nonviolent women and men – as key to peace.

The week of the Security Council Open Debate on Women, Peace and Security (13 October) and the official launch of the Global Study (14 October), WILPF’s Secretary General Madeleine Rees with the High Level Advisory Group joined us to participate and facilitate strategic conversations around mobilising the feminist peace movement and across movements. “We are still spending trillions on war but pennies on peace,” noted one event participant. Discussions highlighted the need to take back the Women, Peace and Security Agenda by recognising and strengthening women human rights defenders, demilitarisation, and feminist foreign policy.

The following week (19-22 October), WILPF’s international delegation joined from nine countries: Cameroon, Colombia, the Democratic Republic of the Congo, Lebanon, Nigeria, Spain, Sweden, the Netherlands, and the United Kingdom. Delegates participated in civil society events surrounding the 15th Anniversary of the UNSCR 1325 (2000), the High Level Review of the UNSCR 1325 (2000) and the launch of the Global Study, including a WILPF workshop, “Mobilising Women: Localising Peace,” and the “Voices from the Field: Prelude to the Peace Forum” with women and men from over 40 countries with conversation circles aimed at mobilising collaborations for the feminist peace agenda. As Manuela Mesa, Vice President of WILPF Spain noted, “we need to move from global to local to make women’s perspective seen on an international level.”

The final week of October 26-28th, WILPF’s International President Kozue Akibayashi and members of WILPF-US joined for the Peace Forum to explore how to go beyond anniversaries and engage men to address patriarchal power structures for peace and gender justice. Delegates contributed to discussions around building people’s action plans, mobilising across movements, engaging men and transforming violent masculinities and building feminist roadmaps for peace.

Together, we called for action to engage in both inside and outside strategies to create change; to create learning institutions that strengthen feminist movements; and to diversify tools beyond policy, including media, education, and financial investment. We have taken action to strengthen feminist networks including between women-led civil society and men’s movements in order to strengthen action to address gendered and patriarchal power structures and prevent all forms of violence.

See the events hosted or co-hosted by WILPF below:

October 19-23, 2015
WILPF Delegation and nine international delegations (Cameroon, Colombia, the Democratic Republic of the Congo, Lebanon, Nigeria, Spain, Sweden, the Netherlands, and the United Kingdom) joined to strategize beyond the WPS Agenda

For More Information on the 2015 High-Level Review >> 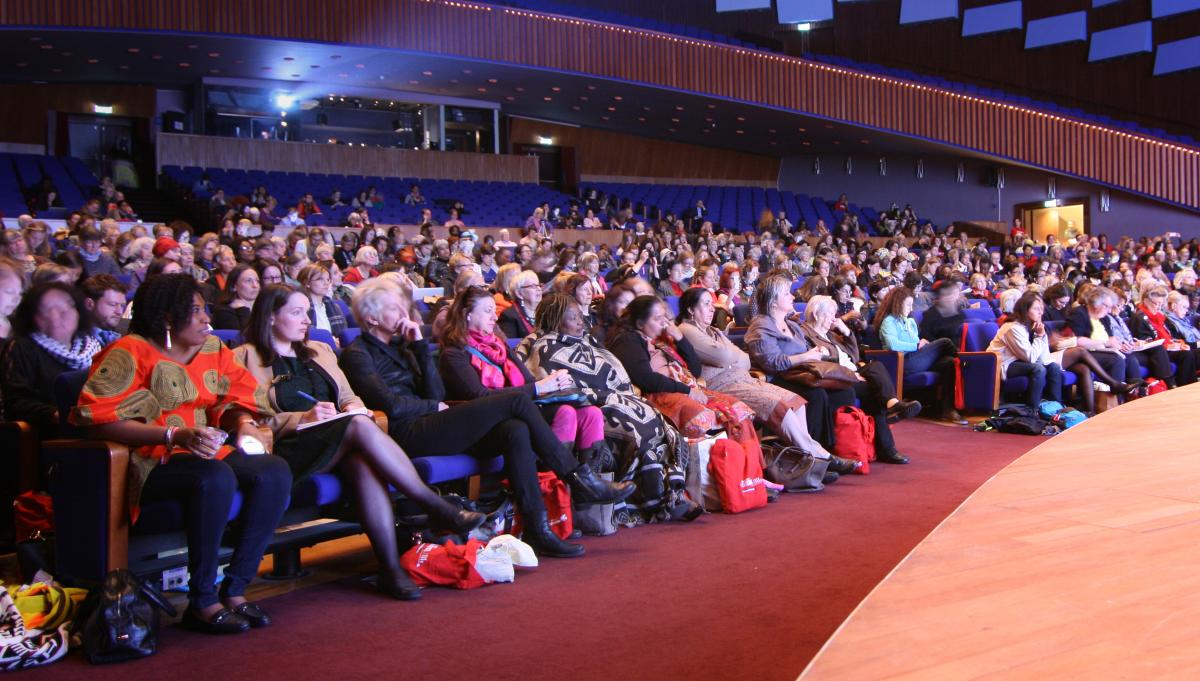 WILPF and partners engaged in many ways for the 2015 High-Level Review. WILPF  hosted the Women Peace to Stop War conference in The Hague in April 2015 as a civil society prep conference for October High-Level with a session on the Global Study. In addition, WILPF holds three consultations with civil society - two in New York and one in The Hague. We published an independent report featuring recommendations and good practices from various civil society organizations, academics and research institutes for the Global Study.

WILPF Recommendations regarding the High-Level Review include:

WILPF Recommendations regarding the Global Study include:

The WILPF Women Peace to Stop War conference in The Hague April 2015 served as a civil society preparatory conference for the October High-Level with a session on the Global Study. In light of celebrating its 100th Anniversary, WILPF gave a name to the movement it has been advocating for the past 100 years, Women’s Power to Stop War. The movement consists of an international community of courageous activists, who believe conflicts and wars cannot be stopped without the participation of women – and that it is the time that women focus on and use their power to stop wars. Together, we continue to connect, strengthen and celebrate the work of women peacemakers all over the world.  At our Centennial Congress and the International Conference on Peacebuilding, we forged a new peace agenda for the 21st century. Moreover, this conference provided a space for civil society organizing and strategizing in advance of the October High-Level Review. Please visit our special website www.womenstopwar.org for more information!

A key event at the WILPF 100 conference was the April 28th interactive consultation on the October 2015 Women, Peace and security High-Level review co-hosted by WILPF WPS Programme and UN Women. As part of consultations around the UNSCR 1325 Global Study, lead author Radhika Coomaraswamy, along with the WPS Programme Director Maria Butler and UN Women, Peace and Security Policy Adviser and Officer in Charge Nahla Valji met with over 80 members of civil society from around the world to hear input, recommendations, and voices for action.

Recommendations for the Global Study and the October High-Level Review include:

Other WILPF Highlights and Engagement: